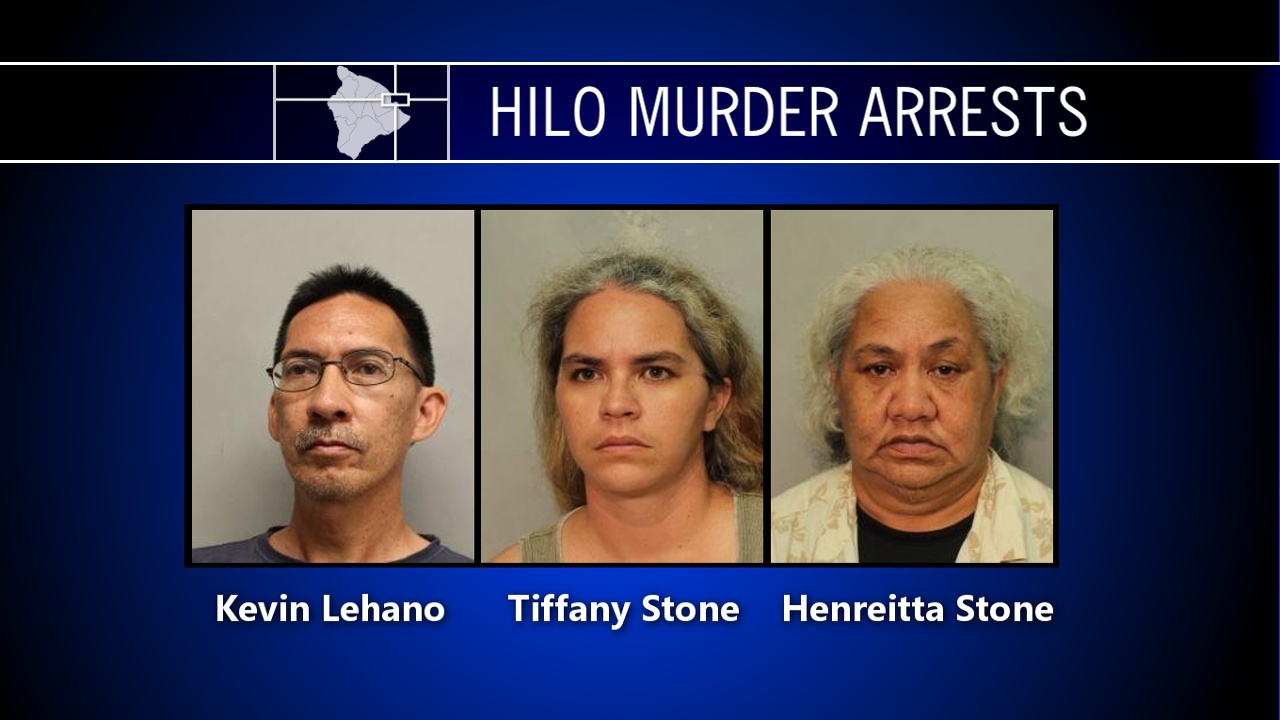 (BIVN) – A nine year-old girl was found “severely malnourished and unconscious” in Hilo before she died, and now three family members have been arrested in connection with a murder investigation.

Police issued a media release accompanied by photos of the three family members on Friday, saying:

The indictment stems from the death of a 9-year-old girl on (June 28) at her Kino’ole Street home in Hilo. Police and fire department personnel were summoned to the home on that day for a report of an unresponsive child. First responders were confronted with what appeared to be a severely malnourished and unconscious young girl lying on the floor within the home. She was transported to the Hilo Medical Center where she died a few hours later.

All three defendants are being held at the police cellblock in Hilo in lieu of $100,000 bail each, pending their initial court appearance scheduled for (July 17) in South Hilo District Court, police say.