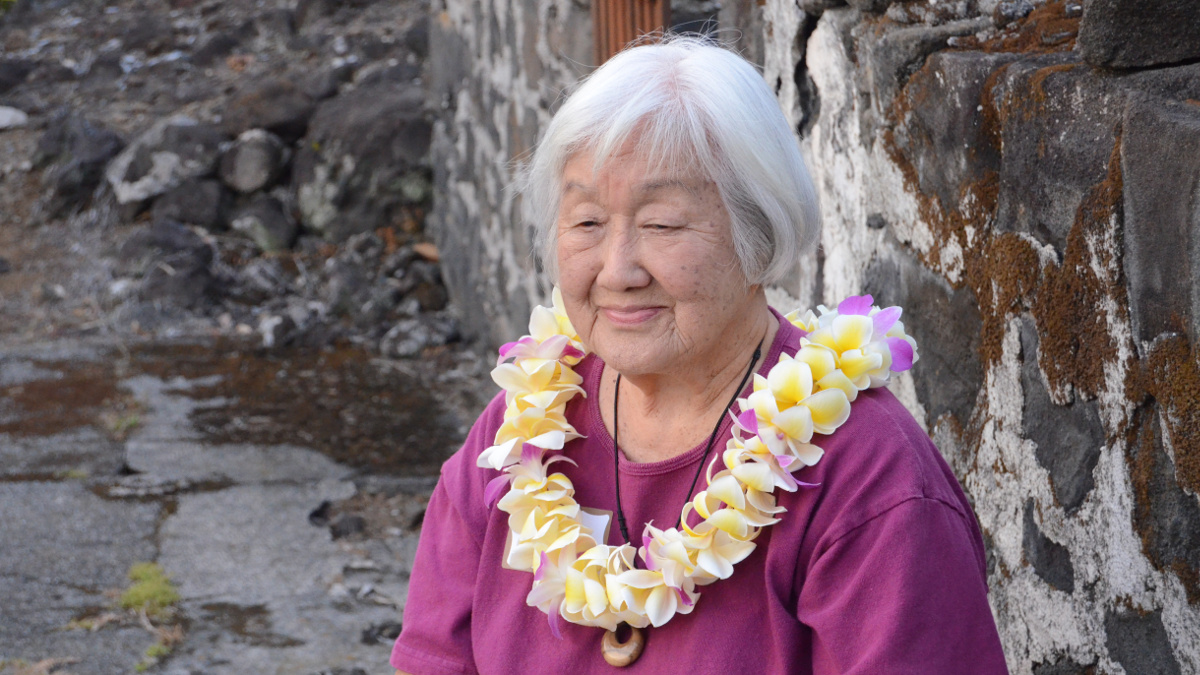 (BIVN) – The recent passing of a well known coffee pioneer has inspired a special day in her honor at two historic sites in Kona on August 5th.

“Staff, volunteers and members of the Kona Historical Society family mourn the recent passing of Alfreida Kimura Fujita,” states a media release announcing the upcoming event. “In Alfreida’s honor, Kona Historical Society will have a special day of programs at both of its historic sites for free to the community on Saturday August 5th.”

“The Kona Coffee Story: Along the Hawai`i Belt Road” exhibit in the H.N. Greenwell Store Museum in Kealakekua, as well as the Kona Coffee Living History Farm in Captain Cook, will be open from 10am to 2pm that day.

From the Kona Historical Society release:

The community is invited to join Kona Historical Society Staff and the Hawaii Business and Professional Women, Kona Chapter at 10am at the H.N. Greenwell Store Museum for a prayer and reflection in Auntie Alfreida’s honor, followed by morning coffee. The Kona Coffee Living History Farm site, about a mile south, will be open for free to the public from 10am to 2pm with lighting of incense for her throughout the day. The Farm will close the program day at 1:30pm with a sake toast in her honor in front of the historic coffee farm house and mill that she loved so much with the organization she worked so hard for. No reservation is necessary.

Alfreida, a member of KHS’s Board of Directors since 2002, was a passionate advocate for Kona’s rich history. From her childhood days in Holualoa, she lived surrounded by coffee farms and became familiar with the role of those farmers in shaping Kona’s history and with their contributions to the coffee industry that exists today.

Kona Historical Society Executive Director Joy Holland said Alfreida’s impact on the community could be felt beyond Hawaii Island. “Whenever you went somewhere with Alfreida, whether it was to an event for non-profits in Hawaii, a club meeting, a restaurant, the airport, a hotel in Honolulu, Ala Moana Shopping Mall, or anything on or off island, it was like you were traveling with a celebrity. She knew everyone. And everyone knew her-and loved her. It became a running joke between us,” Holland said. “As a member of our Board at Kona Historical Society for decades, she and I had occasion to travel together for award ceremonies and other KHS business many times. We were always treated like royalty because of her, and she always charmed and endeared anyone she didn’t know immediately. She deserved this attention more than any celebrity I can think of.”

Alfreida’s passion helped bring the Kona Coffee Living History Farm (Uchida Farm) to fruition and called her to lead activities essential to its creation in 1999 as an historic site, and to its sustainability in the present day. Her first-hand knowledge made her one of the key individuals who helped Kona Historical Society develop the Farm’s buildings and programming to accurately reflect the 1925-1945 era. Her efforts helped place the Farm on the State and National Registers of Historic Places, garnered multiple Historic Preservation Awards from the Historic Hawai`i Foundation, and dozens more local and national awards.

Alfreida also helped spearhead the creation of the exhibit currently on display at the H.N. Greenwell Store Museum, “The Kona Coffee Story: Along the Hawai`i Belt Road,” in partnership with the Kona Japanese Civic Association and the Japanese American National Museum. The exhibit spread the Kona coffee story throughout the U.S. mainland and Brazil, and it received a Certification of Commendation from the American Association of State and Local History. Alfrieda has also been recognized for her individual achievements in preserving Kona’s history and culture with multiple preservation awards from the Historic Hawaii Foundation.

Alfreida Fujita’s kind leadership and selfless dedication empowered others to join her in serving the Kona community. The annual Kona Coffee Cultural Festival was one of Alfreida’s long-term projects. The Festival concludes with the Kona Coffee Marketplace-Festival of Artists and Ethnic Foods event, which Alfreida has chaired for many years. When Alfreida asked for help no one said “no” because Alfreida never said “no” when the community needed her.

The Business and Professional Women of Kona also enjoyed her leadership and participation as officer and charter member. Their annual fundraiser of jam and jelly sales was successful because she knew which fruits to use and how to prepare them. An active member of the Kona Daifukuji Mission, whether she was scrubbing pots and pans, cooking or singing in the choir, Alfreida’s presence encouraged others to participate.

Alfreida’s personal dedication to the preservation of Kona’s culture is demonstrated in her business, the Kimura Lauhala Shop in Holualoa, started by her grandparents in the early 1900s and later operated by her parents. Her shop features locally woven lauhala products with hala leaves native to Kona. Today Alfreida’s daughter Renee Kimura has taken over management of the shop, and continues Alfreida’s efforts to ensure that locally made lauhala products continue to be sold in Kona. After many years, with a successful career at Hawaiian Airlines at the Kona Airport, Alfreida continued to apply her high level managerial skills to her shop and all the charities she was involved in.

“She has done so much to preserve Kona’s history and way of life- and so much good for so many organizations and charities here,” Holland said. “Jill Olson, my predecessor at KHS, reminded me the other day how fortunate- how truly lucky– we were to have known her and to have learned from her as long as we did. So, through tears, we are remembering this week how fortunate the board and the staff at KHS were to have known her. We really, really loved her.”

The Kona Historical Society family is forever grateful to Alfreida for her contributions to the preservation of Kona’s history and her gentle leadership over the course of many years.

Kona Historical Society is a community-based, 501(c)(3) nonprofit organization and Smithsonian Museum affiliate that has spent the past four decades collecting, preserving and sharing the history of the Kona districts and their rich cultural heritage within Hawaii. 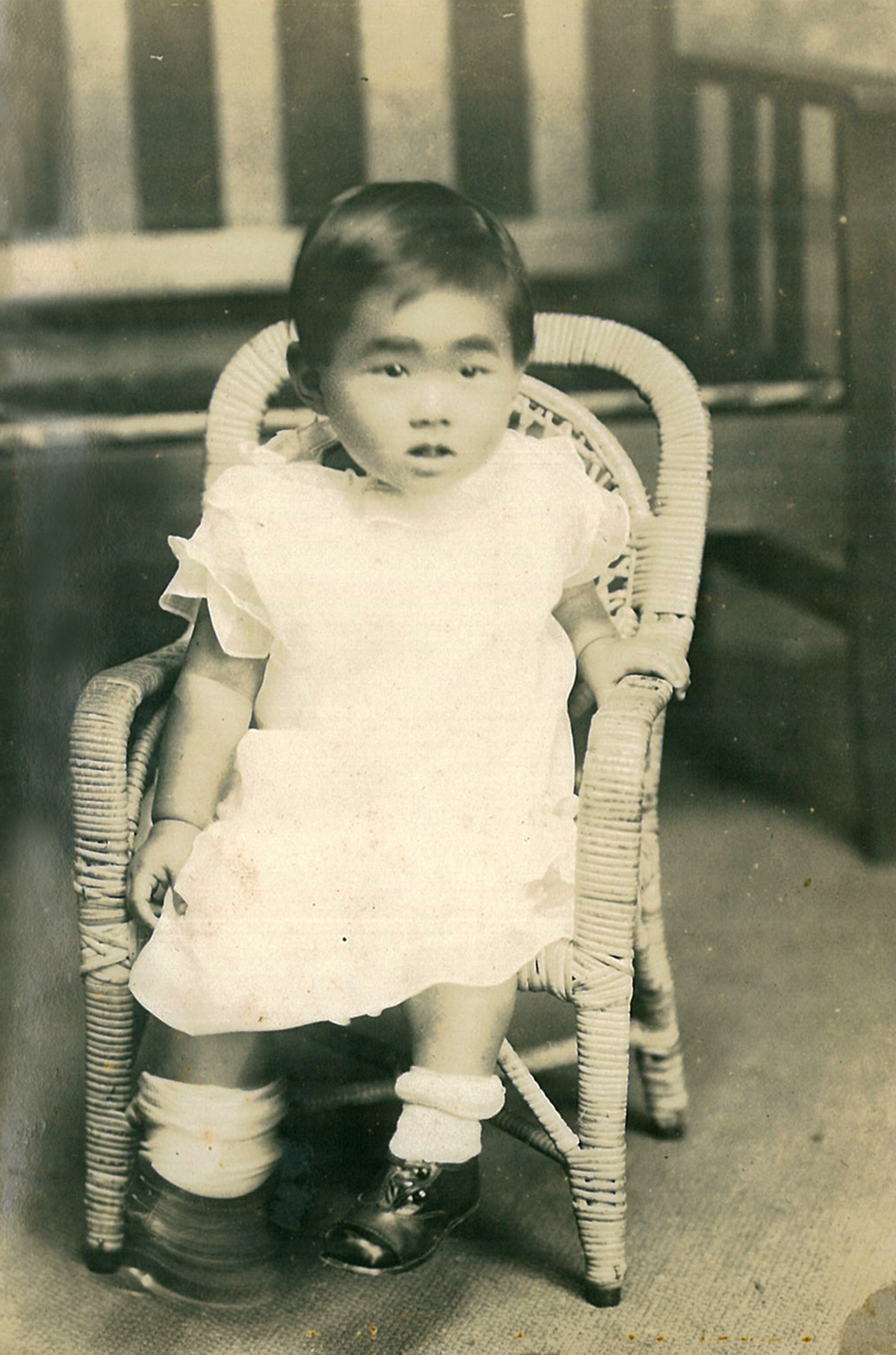