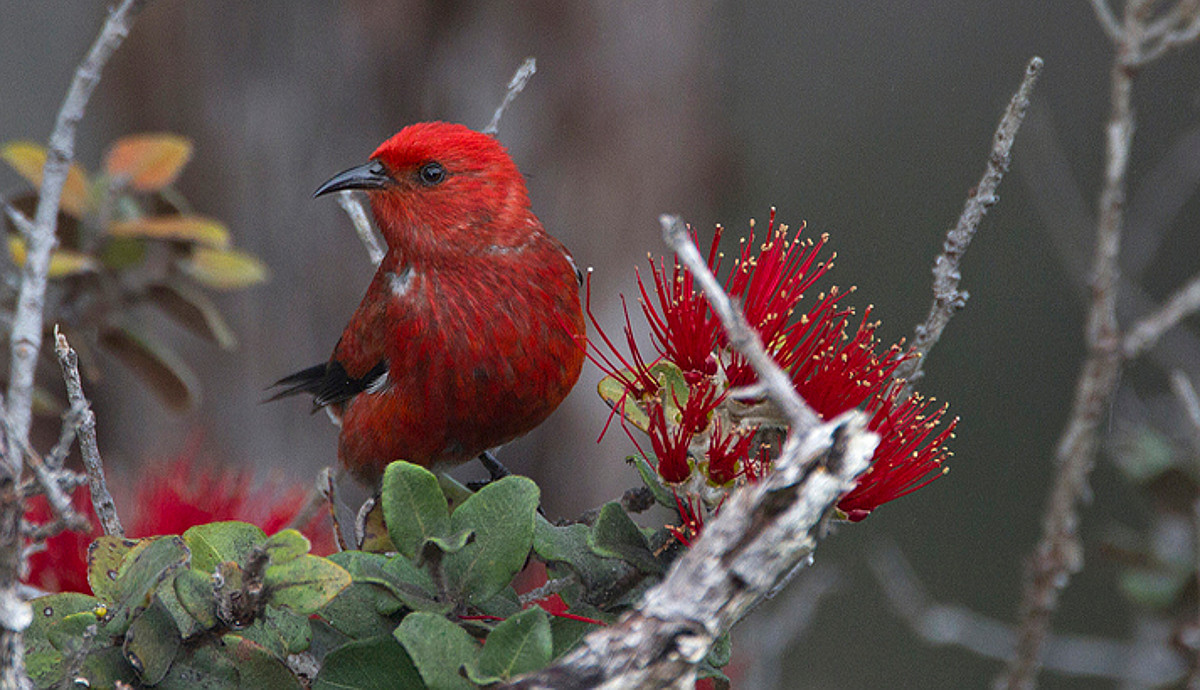 KEAUHOU BAY, Hawaii - The second annual event is scheduled for September 15-16, and includes an all-day Bird Fair on Saturday at the Sheraton Kona Resort & Spa at Keauhou Bay, with field trips on Friday and Sunday.

(BIVN) – Organizers of the Hawaii Island Festival Of Birds have added to the three-day event schedule. This media release promoting the event was issued on Monday:

The second annual Hawai’i Island Festival of Birds has enhanced its event and speaker lineup. The Festival, scheduled for the weekend of September 15-16, includes an all-day Bird Fair on Saturday at the Sheraton Kona Resort & Spa at Keauhou Bay, and field trips on Friday and Sunday.

Saturday’s Bird Fair, including special programs for children, will be highlighted by talks from expert guest speakers Jeff Gordon, President of the American Birding Association, Dr. Eric Vanderwerf, President of Pacific Rim Conservation, and a panel discussion on the last sightings of now-extinct endemic Hawai’i birds. Noah Gomes, a recent graduate of the University of Hawai’i with a M.A. in Hawaiian Language and Literature will share his research on the ancient bird hunters of the Hawaiian archipelago. Attendees can also learn and shop at 20+ vendor booths from 9am to 3pm. In addition, now joining Saturday’s Bird Fair booths will be famed Japanese bird carver and inlay artist, Haruo Uchiyama, who will be displaying his bird carvings of Hawaiian honeycreepers as well as selling his bird wood inlay artwork and pins that he is bringing with him from Japan.

Saturday’s Bird Fair options include Birding 101 class by renowned mainland author, artist and conservationists, Kenn and Kim Kaufman; a workshop on eBird by Brian Sullivan, project leader for the Cornell Lab of Ornithology; a hands-on Photography Workshop with professional photographer Jack Jeffrey; and an art workshop with California artist Catherine Hamilton. Materials will be provided.

“We are very pleased with the excellent reception we’ve had so far,” said Rob Pacheco, Hawaii Forest & Trail President and Festival volunteer. “Not only are we enrolling participants from Hawai’i, but birders from across the U.S. Mainland and Internationally have already registered via our website. The Festival is a boon to Hawai’i tourism, and it also will give our keiki (children) a chance to learn more about the nature of Hawai’i, with the help of experts who will be joining us to teach at the Festival.”

On Friday and Sunday, Festival participants will be able to take part in guided birdwatching field trips along the newly created Hawai’i Island Birding Trail, and in guided boat trips departing from Honokohau Harbor to observe seabirds. The 90-mile Hawai’i Island Birding Trail is a cross-island link from Kona (on the west coast) to Hilo (on the east coast) that connects diverse habitats from ocean to mountain top, rainforest to lava plains. The self-guided Hawai’i Island Birding Trail, modeled after similar North American trails, follows a network of sites so users can take in all or any part of the route along the way. Locating and observing birds is, of course, the main event on the Trail, but discovering Hawai’i Island’s unique plants and trees, geology, history and scenic viewpoints are also emphasized.

Friday afternoon’s program at the Sheraton Kona Resort & Spa at Keauhou Bay includes a film festival and panel discussion focusing on the conservation of Hawai’i’s birds, and the topics portrayed by the films shown. The series of short films include Endangered Hawaii from the American Bird Conservancy, The Endangered Forest Birds of Hawaii from DLNR, Struggle for Existence by Laurie Sumiye and Archives of Extinction by Alyse Takayesu.

Organizers say a detailed schedule of events is available at birdfesthawaii.org.