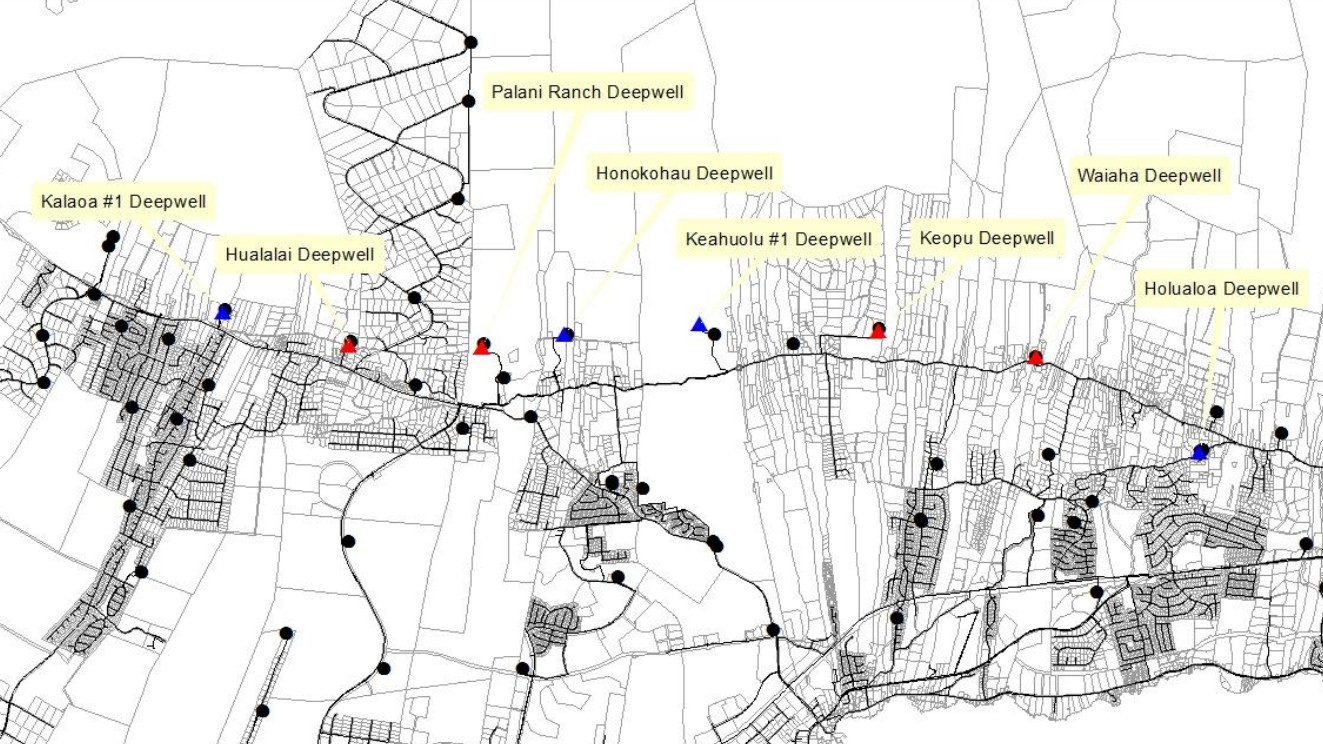 Another Kona Well Down Leads To Emergency Water Restriction

KAILUA-KONA, Hawaii - Once again, all residents and customers in North Kona must immediately restrict water use to health and safety needs only. Officials say cease all irrigation activities.


(BIVN) – Once again, a fifth water well is down in West Hawaii, leading to a new Emergency Water Restriction notice for North Kona.

The Department of Water Supply says the Honokohau Deepwell is now out of service. Therefore, officials say, “ALL residents and customers in North Kona must immediately restrict water use to health and safety needs (drinking, cooking, and hygiene purposes) only. Cease all irrigation activities.”

The cause of failure is being assessed to determine what needs to be done and how long it will take, the county reported on Sunday. “Adjustments to the water system have been made to provide customers a minimum level of water service,” a county notice stated. “Without everyone’s cooperation, there will be areas that will experience periodic loss of water service or lower water pressures.”

The Department of Water Supply says it will be “suspending service to all temporary service and irrigation accounts as well as actively restricting specific accounts due to excessive water use.”

For after hours emergencies, or to report any observed wasteful use of water call the DWS at 961-8790, officials say. During normal business hours, call 961-8060.

A similar water crisis threatened Kona’s water service from June 29 to July 5, when the Keahuolū Deepwell failed. At that time, there were already four other wells in the North Kona water system either under repair or offline.

On July 5, emergency repairs were completed on Keahuolū Deepwell and the water restriction was lifted. A mandatory 25% reduction was still in effect at that time, however, since the remaining four wells were still offline. On July 29, the water department suffered another setback, after a pump, motor, and column pipe fell into Waiaha well during the repair process, leaving the timeline for completing work on the well unknown.