HILO, Hawaii - State Senator Kai Kahele met with constituents outside the KTA Super Store in Hilo on Saturday morning. The hot topic of discussion was rail, and the special session set for this month. 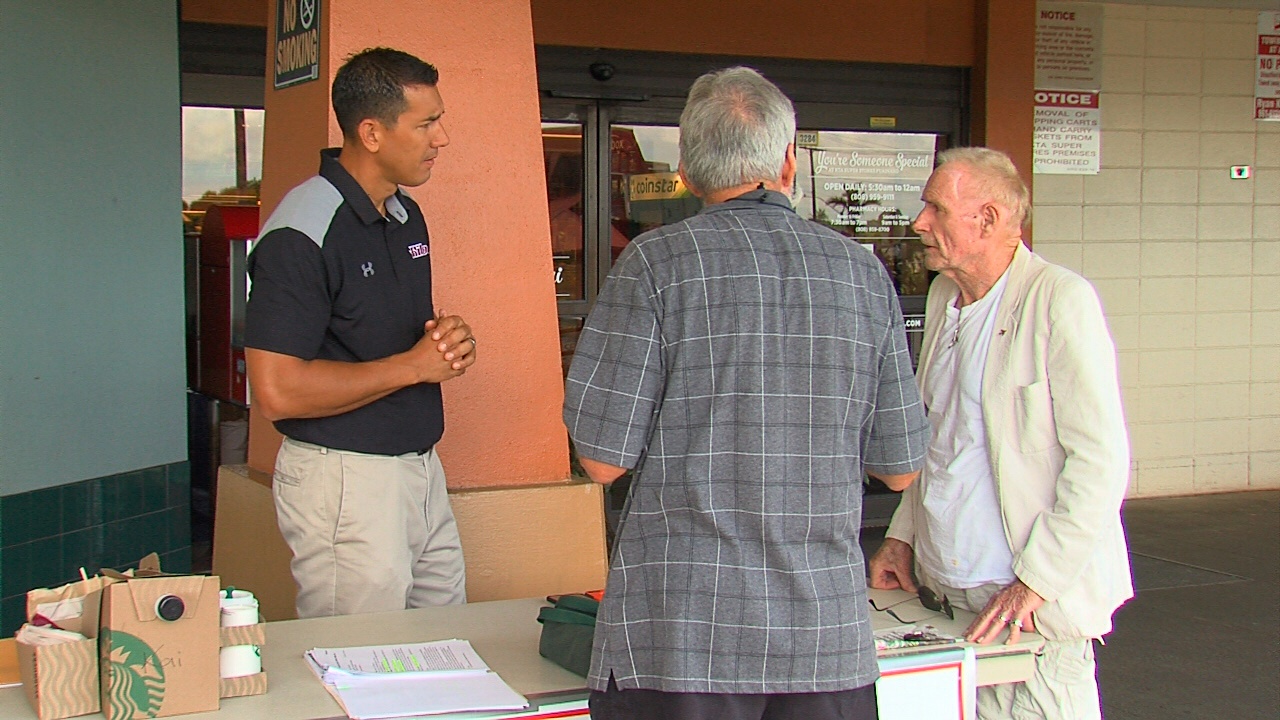 (BIVN) – This week, Hilo’s State Senator Kai Kahele will join other Hawaii lawmakers on Oahu at the State Capitol. A special session has been called to deal with funding for the Honolulu Rail project.

At the end of this year’s legislative session, Kahele was at the forefront of an effort to derail a last-minute conference committee plan to fund the rail using the transient accommodations tax.

“This pilau proposal is the best we have,” questioned the Hilo senator. “This bill was concocted in the 11th hour by a privileged few, with the complete absence of transparency and collaboration and accountability.”

The senate supported Kahele’s alternate proposal to extend the rail surcharge tax for ten years to 2037, but the House did not pass a similar floor amendment. The disagreement killed the bill for the session.

After the adjournment sine die, Governor David Ige seemed unethusiastic about holding special session, unless the two chambers first got on the same page.

In the meantime, Senator Kahele did his research on the TAT. This is an excerpt of the presentation Kahele gave at the University of Hawaii-Hilo, weeks after the session ended.

The rail debate renews this week, with information briefings at the Capitol beginning Monday at 10 a.m. “Due to the increasing skepticism over the management of the rail system and the credibility of the information provided to the legislature, this will be an open meeting to provide pertinent information in preparation for the legislative special session,” the notice for the joint briefing states.

As a member of the Senate Ways and Means Committee, Kahele will be in attendance.