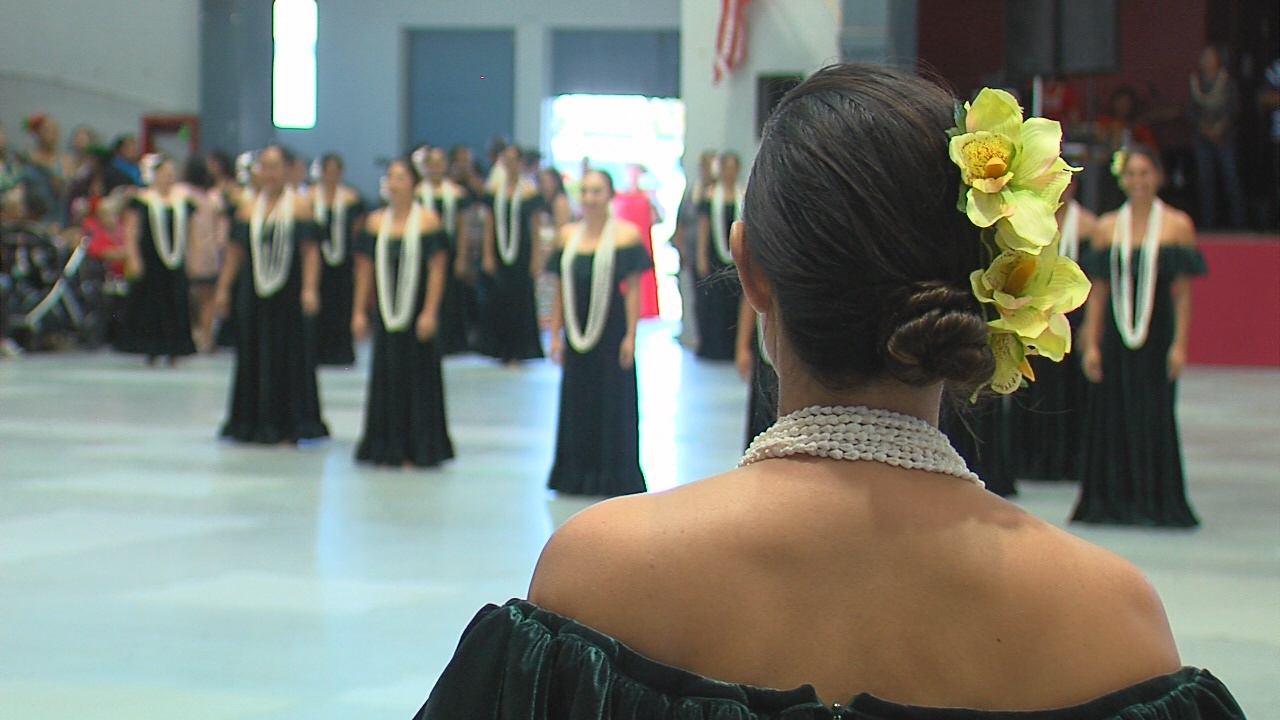 Image by David Corrigan, during the 2017 Merrie Monarch Ho'olaule'a

County To Merrie Monarch: No More Overnight Stays In Gyms

(BIVN) – Finding accommodations for the visiting hula hālau during the Merrie Monarch Festival in Hilo is likely to become more of a challenge.

The Hawaii County Department of Parks and Recreation, citing administrative rules in the county code, has recommended “against the continued practice of allowing overnight stays at DPR recreational facilities.”

“This year,” Kim’s letter states, “the Hawaii County Fire Department (HFD) alerted DPR of specific Fire and Building Codes that are being violated by allowing this practice. To immediately address these violations and allow overnight stays at this year’s MMF, DPR required, per Fire Code and exemption, an approved fire watch at each facility.”

“Following the conclusion of this year’s MMF, at my instruction, DPR conducted an extensive study of DPR Administrative Rules, and Hawaii County Building and Fire Codes, to ascertain whether this practice should be allowed to continue,” Kim wrote. The county ultimately decided it should not.

The letter also says that the county “recognizes and fully supports the cultural and historical significance” of the Merrie Monarch Festival, and “is aware of the shortage of accommodations available for this important event. As such, every effort will be made to work with your organization to identify potential alternate sites.”

The County is already offering the usage of the Mauna Kea Recreation Area cabins to visiting hālau in 2018. “There are two bunkhouses, capable of holding 24 people each, plus seven cabins, capable of holding six people each, for a total of 90 people,” Kim writes. “Each bunkhouse and cabin has its own bathroom with shower. There are potable water, a dining hall, and ample parking.”