HONOLULU, Hawaii - The cultural significance of pigs is central to the lawsuit. A lower court concluded that the state's EA and FONSI were sufficient under HRS Chapter 343.

CORRECTION: Big Island Video News erroneously reported that the oral arguments were made before the Hawaii Supreme Court when in actuality they were argued before the Hawaii Intermediate Court of Appeals. We regret this error and have changed the story to reflect this correction.

(BIVN) – The lawsuit over the state’s Kaʻū Forest Reserve Management Plan was recently argued before the Intermediate Court of Appeals.

On August 9, oral arguments were made in the Honolulu courtroom. An audio record of the proceeding is available on the State Judiciary website. James M. Dombroski is the attorney for the plaintiffs – the Pele Defense Fund, Palikapu Dedman, Terri Napeahi, John Griffiths, and Tammy Kaʻawa.

The plaintiffs say the Hawaii Department of Land and Natural Resources should have gone beyond the environmental assessment it did for the forest management plan, and wanted the state to instead prepare a full Environmental Impact Statement. A circuit court decided in favor of the DLNR, ruling that the assessment was enough. The suit is now before the Intermediate Court on appeal.

From the Hawaii State Judiciary:

On appeal, PDF contends that: (1) the circuit court erred by applying an incorrect standard in reviewing the EA and FONSI, and failed to acknowledge that the Management Plan may have significant effects on the environment; and (2) the circuit court erred when it failed to award attorney’s fees under HRS § 607-14.5 (2016) due to DLNR’s frivolous claim that the Management Plan was exempt from preparation of an EA.

In turn, DLNR contends that the standard for judicial review of an EA is whether, under an arbitrary and capricious standard, the agency has taken a hard look at environmental factors and reasonably set forth sufficient information to enable the decision-maker to make a reasoned decision. DLNR thus asserts the circuit court properly granted summary judgment. DLNR also asserts there were applicable exemptions for the Management Plan such that the circuit court properly denied PDF’s request for sanctions.

The management plan for the 61,641-acre Ka‘ū Forest Reserve was presented to the public in June 2012, during a meeting held in Na‘alehu. The plan was opposed by many in the audience, including numerous hunters and Hawaiian cultural practitioners.

Many of those speaking out against the plan later joined in on the lawsuit against the state. The final environmental assessment for the Ka‘ū Forest Reserve Management Plan was published in October 2012.

In March 2013, the DLNR held a meeting in Hilo on new rules dealing with wildlife. Once again, the hunters objected to the state’s view, especially towards feral pigs.

The cultural importance of pigs were part of Dombroski’s August 9 argument at the appellate court. 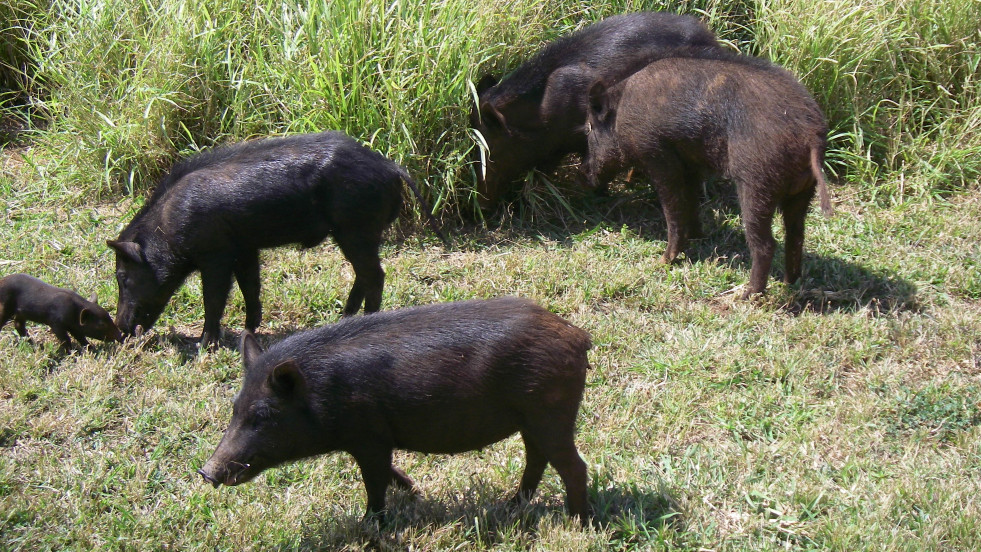 The court has yet to issue its ruling.