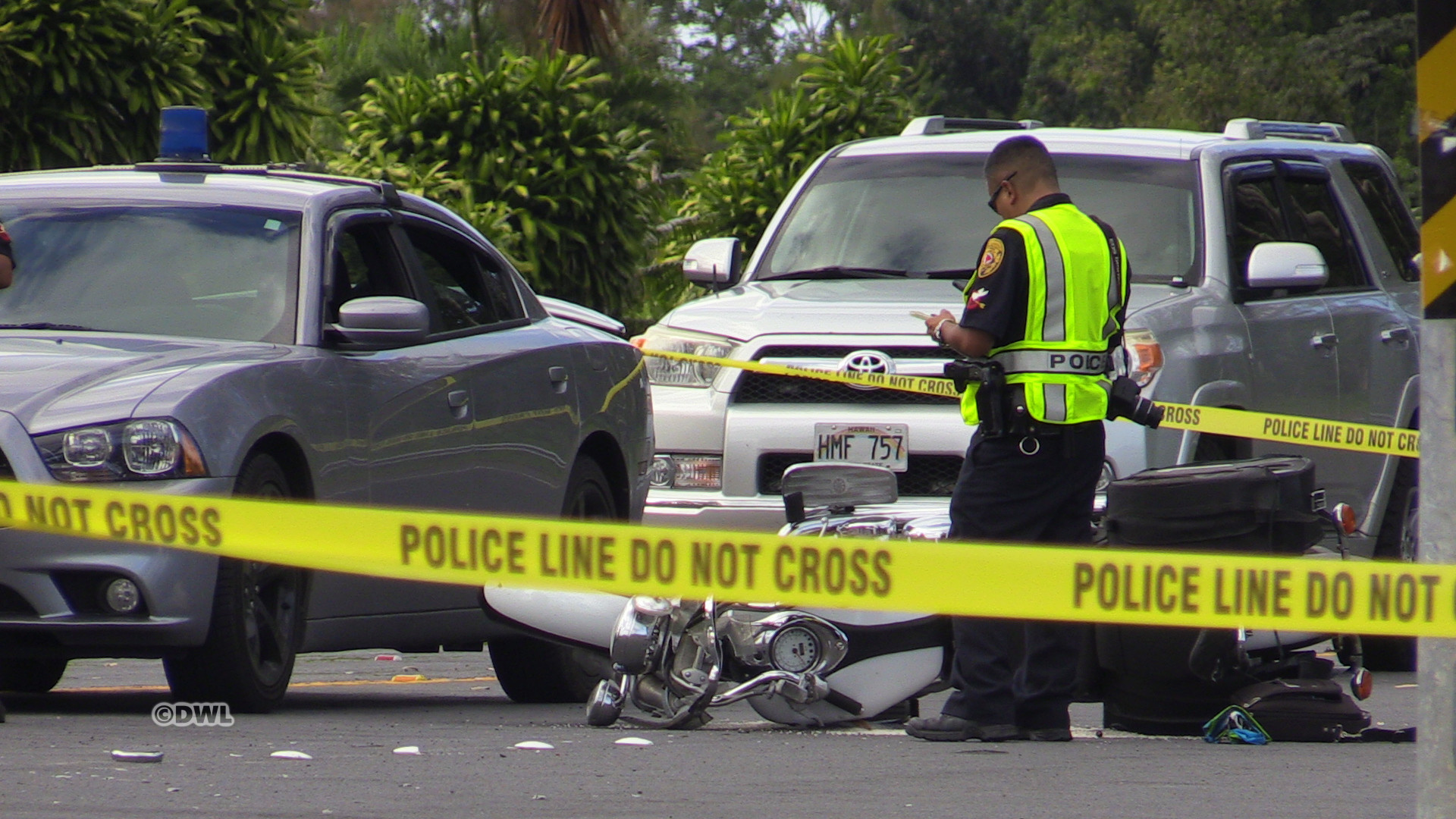 Police say 39-year-old Ernest Jackson of Pāhoa was riding a motorcycle through the Highway 130 / Highway 132 intersection when he crashed into a turning pickup truck. The pickup truck, which police say failed to properly yield while making the turn, fled the scene. Jackson was taken to the Hilo Medical Center where he was pronounced dead at 9:56 p.m.

The intersection was closed for hours on Thursday as police conducted their investigation. On Friday morning, police shared the details of the crash in a media release.

The driver and passenger of the Nissan pickup then fled the scene.

The driver of the Nissan pickup, 28-year-old Gaelynn Kahee of Pāhoa, turned herself in at the Pāhoa Police Station where she was arrested on suspicion of Negligent Homicide 2, Leaving the Scene of an Accident Involving Death or Serious Bodily Injury and Driving Without a License. She is currently being held at the Hilo Police Station Cellblock while officers from the Traffic Enforcement Unit continue this investigation.

Kahaee and her 25-year-old male passenger were not injured.

Jackson was not wearing a helmet and police do not believe that speed or alcohol were factors in this crash.

Police say this is the 24th traffic fatality this year compared with 15 at this time last year.