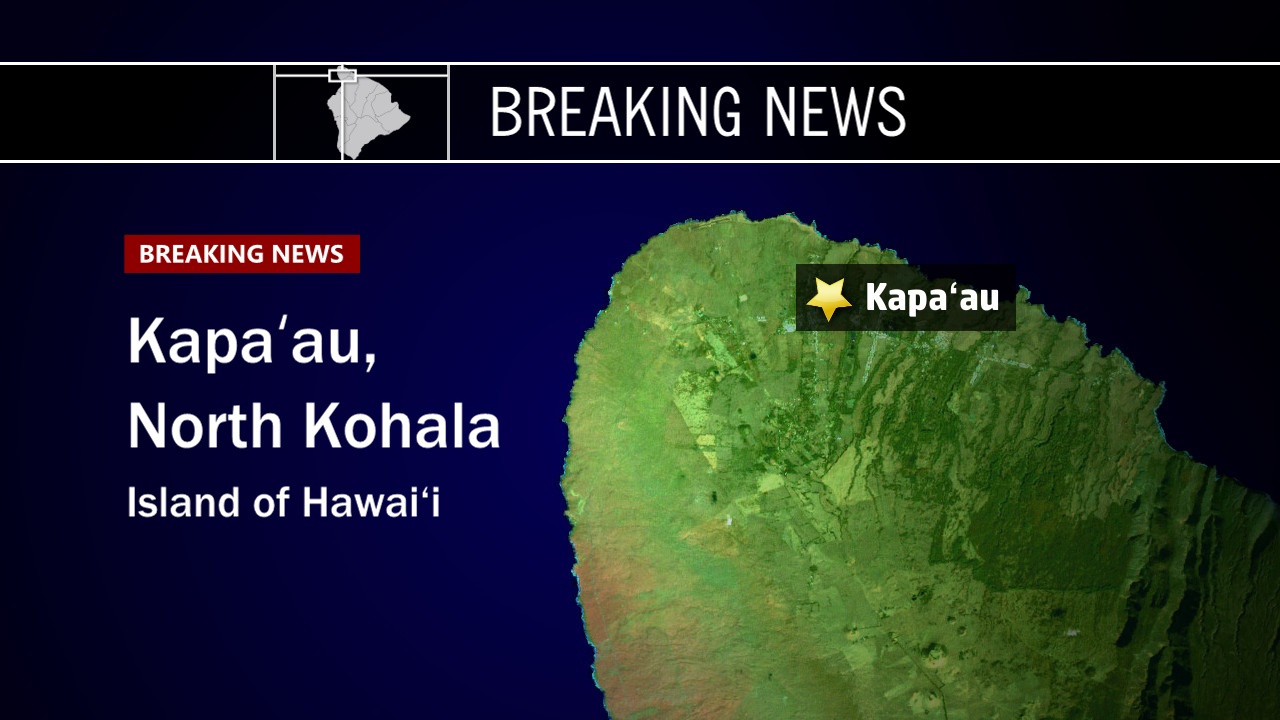 KAPA'AU, Hawaii - No one was home when fire crews arrived at the scene Sunday and found a single family home fully involved with fire.

(BIVN) – No one was home Sunday during a fully involved structure fire at a single family home on Kapa’au Road in North Kohala.

The fire department reports the home was already collapsing by the time they arrived on the scene, and there were also multiple large propane tank explosions.

Firefighters worked to extinguish the blaze and protect surrounding homes. Live arcing power lines on the ground made it difficult to access the structure, and the lack of fire hydrants in the area prolonged the extinguishment, the fire department says.

No one was reported injured in the blaze.