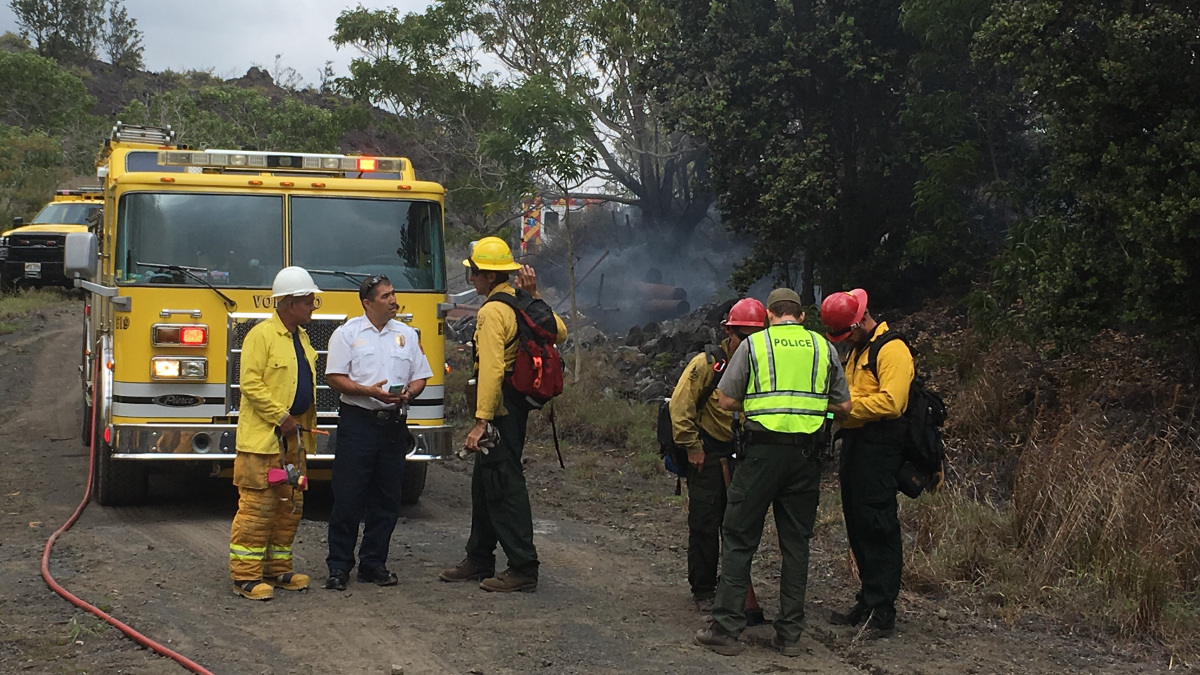 National Park Service and County of Hawai‘i fire crews responded to the blaze, located about ¼ mile west of Kīpukapuaulu, the park service reported. As of 8 a.m. Friday, the fire was 50 percent contained, and its spread had been halted. No structures or homes were threatened, and park officials say that the fire was started unintentionally, while its cause is under investigation.

Officials are now taking action due to the escalating fire danger in Hawai‘i Volcanoes National Park. Hilina Pali Road from the Mauna Iki Trailhead and Mauna Loa Road at the gate past Kīpukapuaulu are now closed. Non-motorized day use – such as hiking and bicycling – will be permitted, and backcountry camping on Mauna Loa is allowed with a permit, the National Park Service says.

In addition, ‘Āinahou Ranch access will be restricted to essential personnel and authorized vehicles only. Campfires are prohibited at Nāmakanipaio Campground and Kīpukapuaulu until further notice. The use of fuel stoves is allowed, park officials say.

“We’ve had an extremely hot and dry summer in the park, and across the island which escalates the risk of fire,” said Hawai‘i Volcanoes National Park Chief Ranger John Broward. “Hot components on motor vehicles have historically contributed to the increased risk of fire, and by reducing the number of vehicles, we can mitigate the potential for a catastrophic event,” he said.