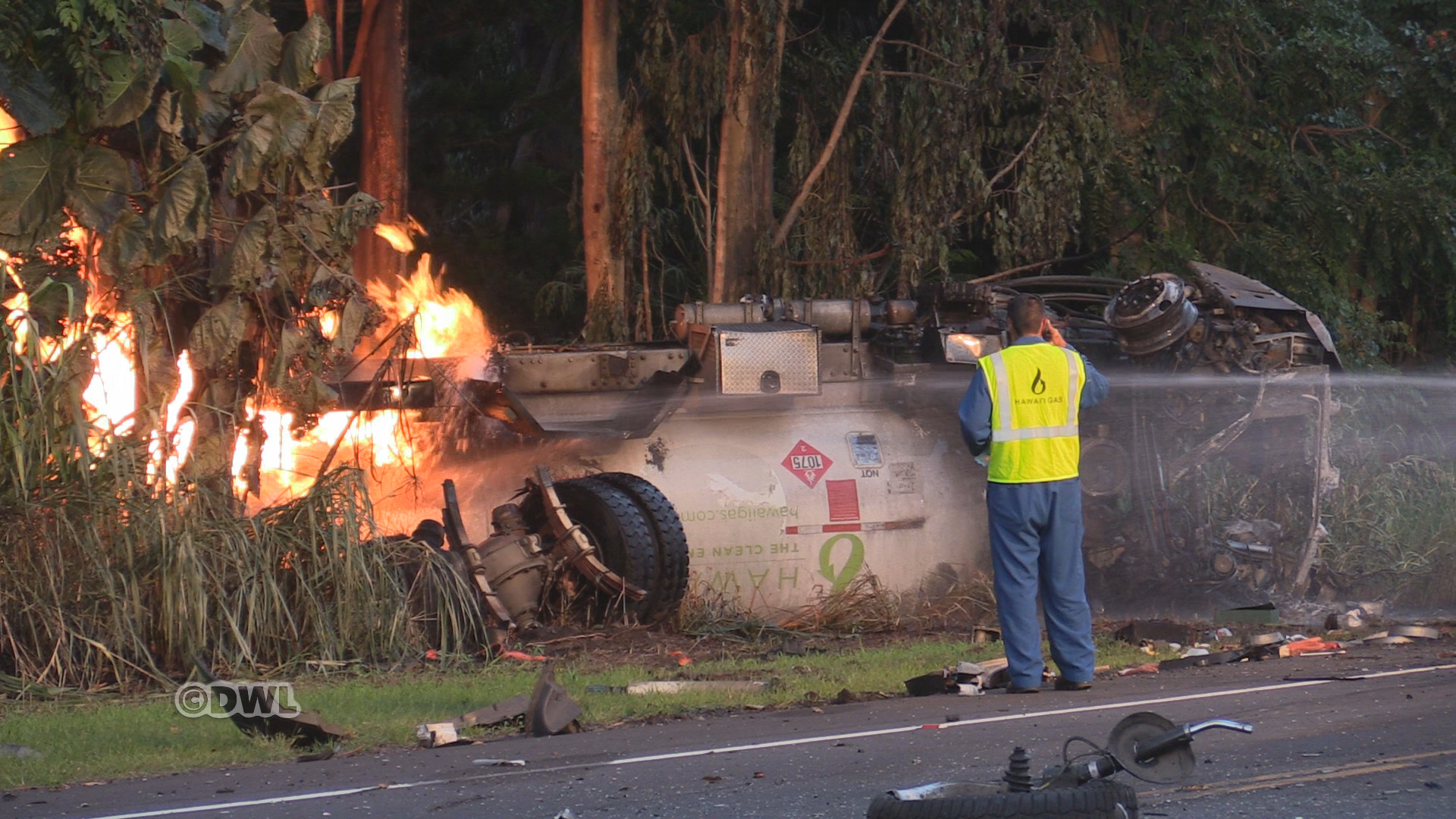 HONOMU, Hawaii - A blaze was ignited at the scene, adding a dangerous element for first responders and crash investigators. 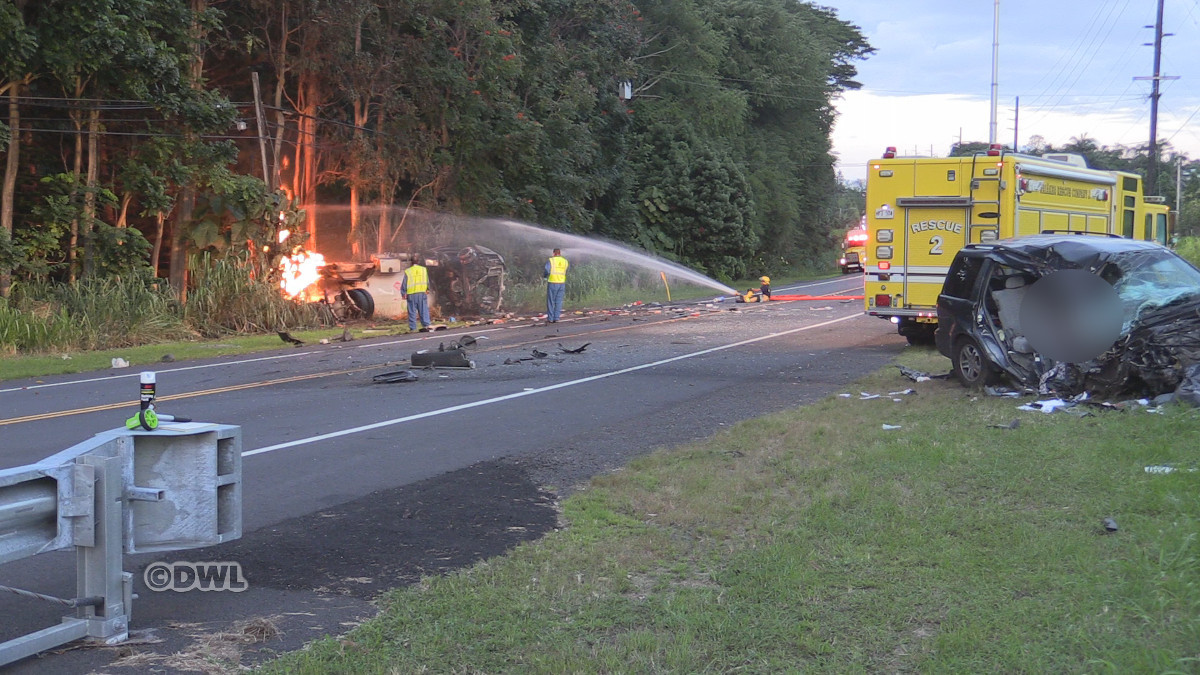 The scene of the crash on Highway 19.

(BIVN) – Highway 19 was closed Saturday evening in the wake of a fatal traffic collision between a gas tanker and an SUV.

Photos show the Hawaii Gas tanker on its side and a fire was burning at the scene, adding a dangerous element for first responders and crash investigators. Firefighters were on the scene.

EDITORS NOTE: We have decided to remove a photo showing a close-up of the impacted SUV after hearing repeated requests from our readership to do so. Big Island Video News does have a policy in which we do not show the bodies of deceased persons. While there was not a body in this image, there was blood on the car seat. We’ve decided to err on the side of caution and take it down at this time.

Details beyond that are not known at this hour.

The stretch of highway between Honomu and the Route 19 intersection and the Honomu transfer station road was closed for hours. Hamakua, or northbound, traffic on Highway 19 was routed onto the Old Mamalahoa Highway, also known as the scenic route in Papaikou.