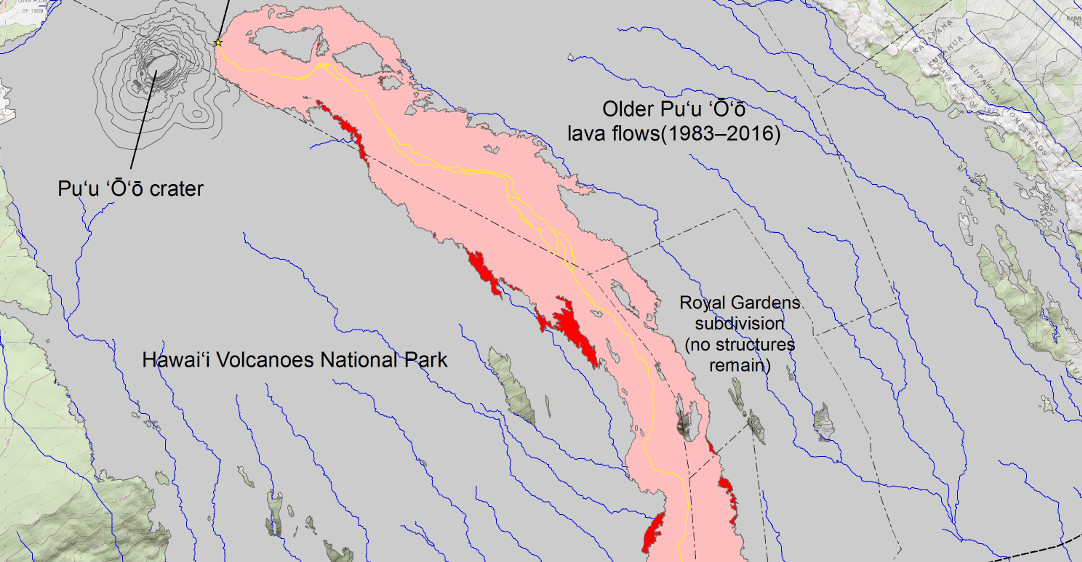 HAWAII VOLCANOES NATIONAL PARK - Scientists say surface lava flow activity persists on the upper portion of the flow field, on the pali, and in scattered areas on the coastal plain. 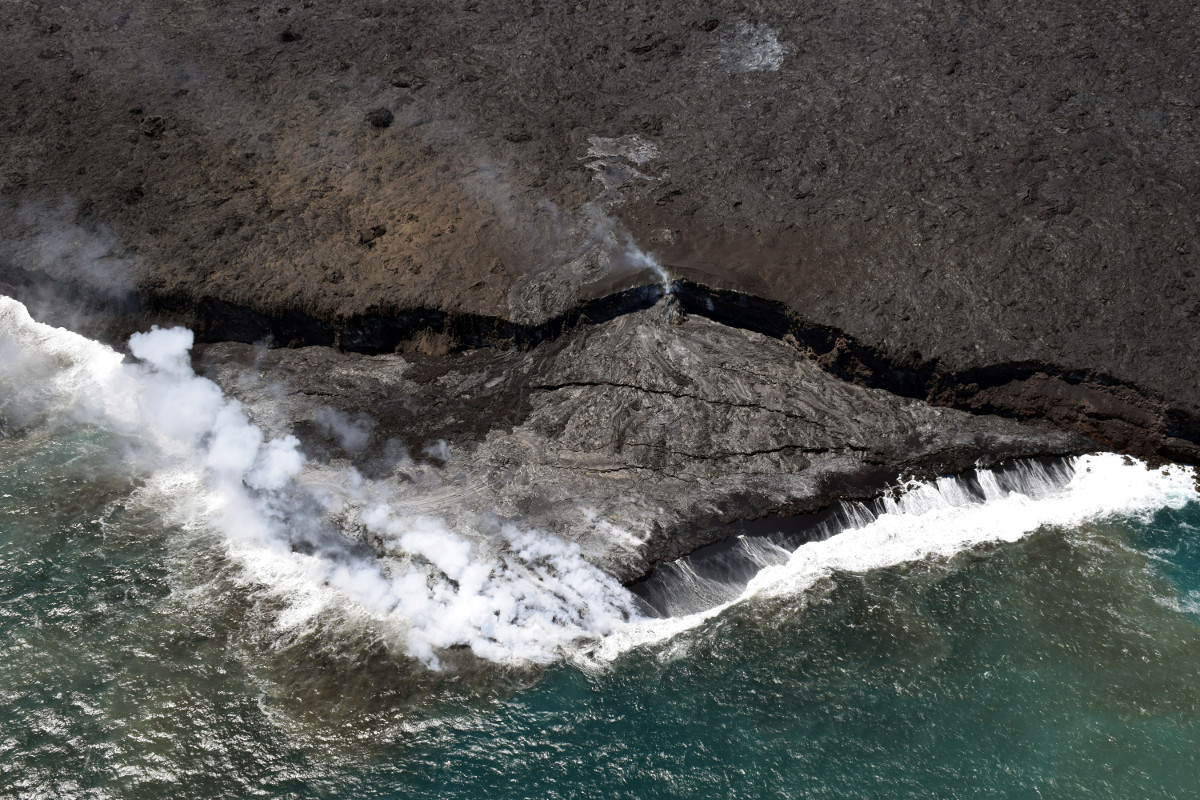 (USGS) Lava continues to enter the ocean at the Kamokuna ocean entry with many small lava streams near the front of the delta.

Scientists say overnight web camera images indicate activity continues on the upper portion of the flow field, on the pali, and in scattered areas on the coastal plain. None of these flows poses any threat to nearby communities at this time, they say. 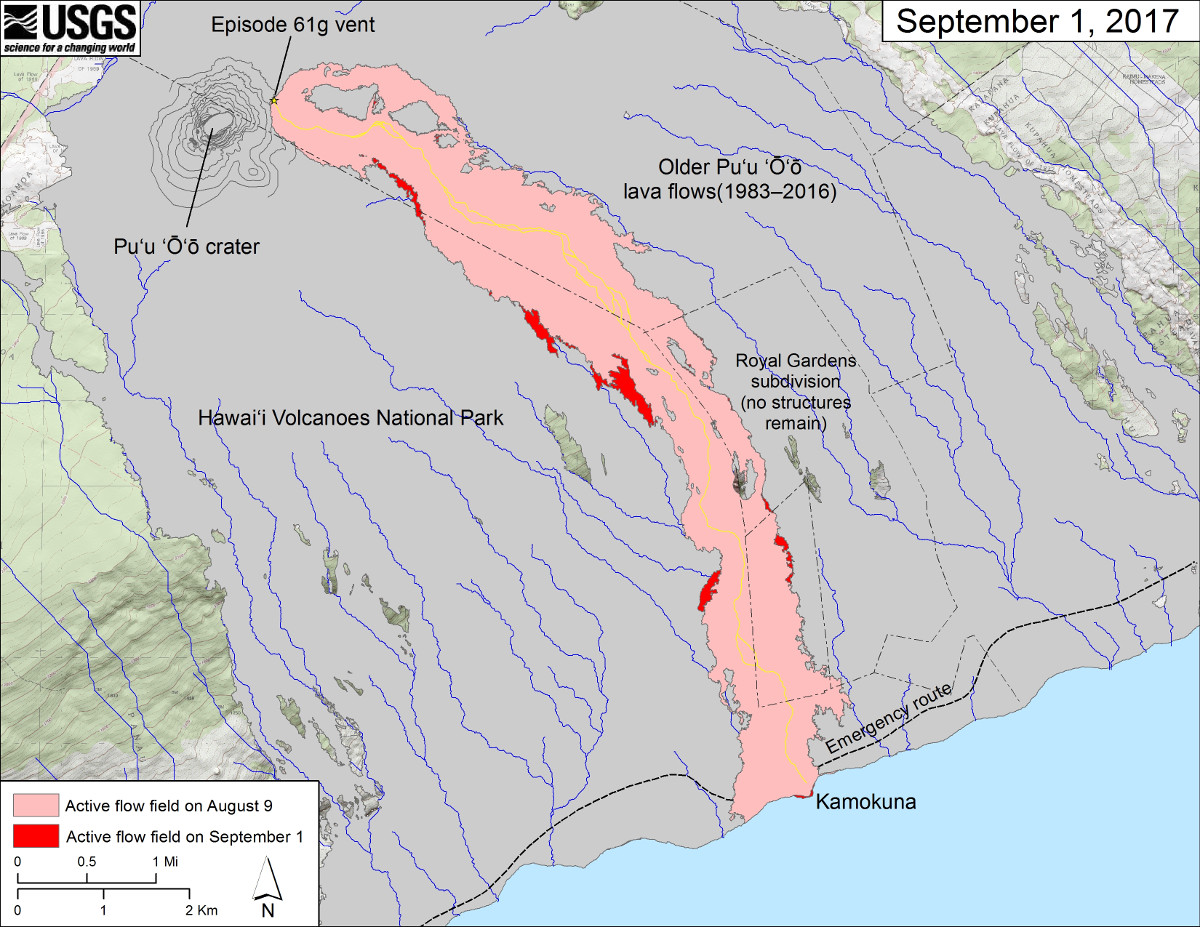 The June 26 breakout has been supplying the active surface flows on the coastal plain for the last two months, and was approximately 1.2 miles from the emergency access road Friday. 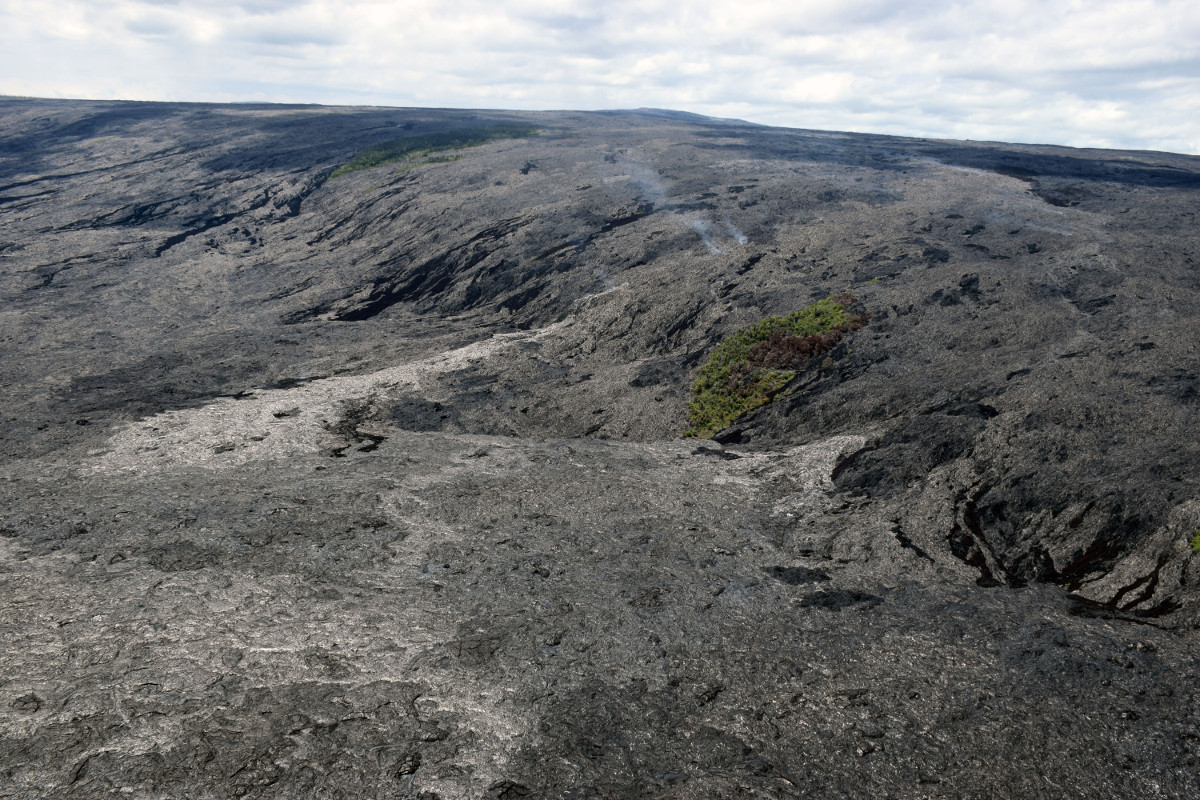 (USGS) two recent breakouts (lighter in color) were visible on the steeper portion of the pali. The western breakout (left of the kipuka) started on August 27 from the 61g tube, and has started to advance onto the coastal plain. To the east (right) of the kipuka is a smaller surface flow that is a part of the larger June 26 breakout.

Surface breakouts also remain active over much of the upper flow field above the pali, USGS reports. 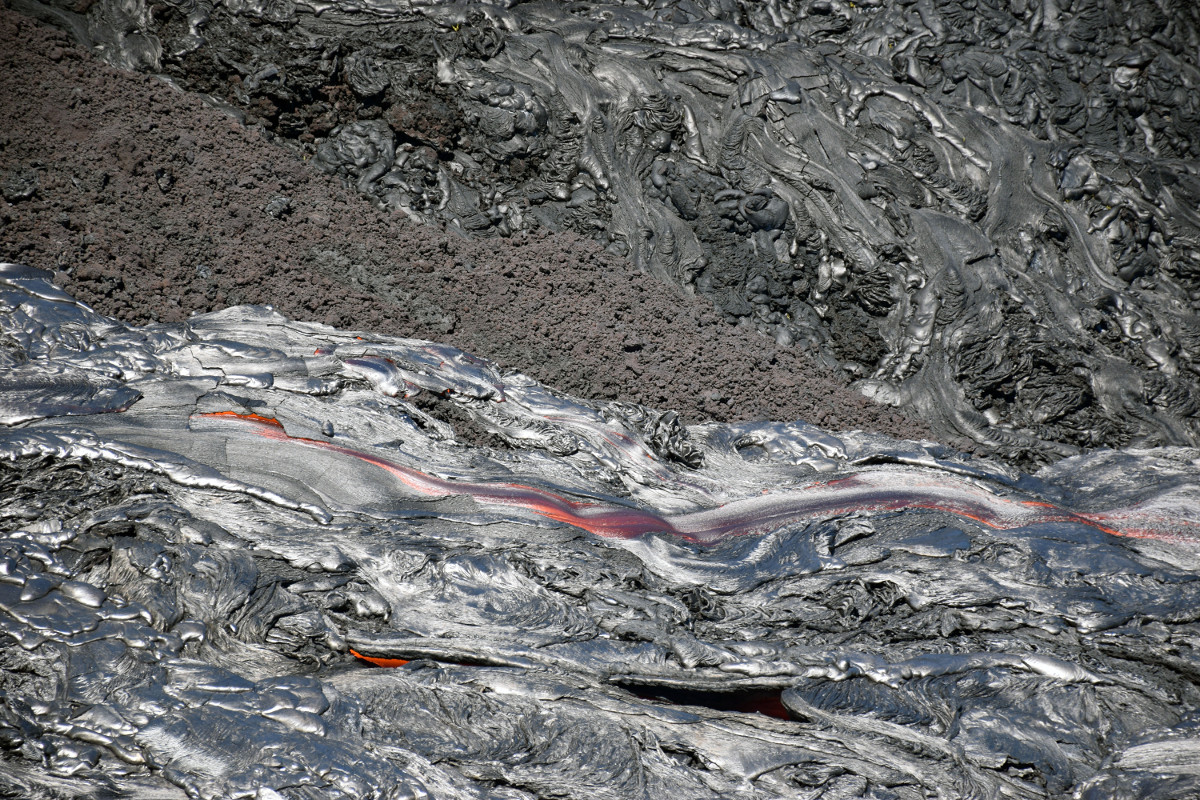 (USGS) Telephoto view of some of the pāhoehoe lava channels from the surface activity of the June 26 breakout.

The lava delta is still growing larger at the Kamokuna ocean entry, although its possible it could break off into the sea at any time. Large cracks, some of which span the entire delta, continue to highlight instability and the possibility of a collapse, USGS says.