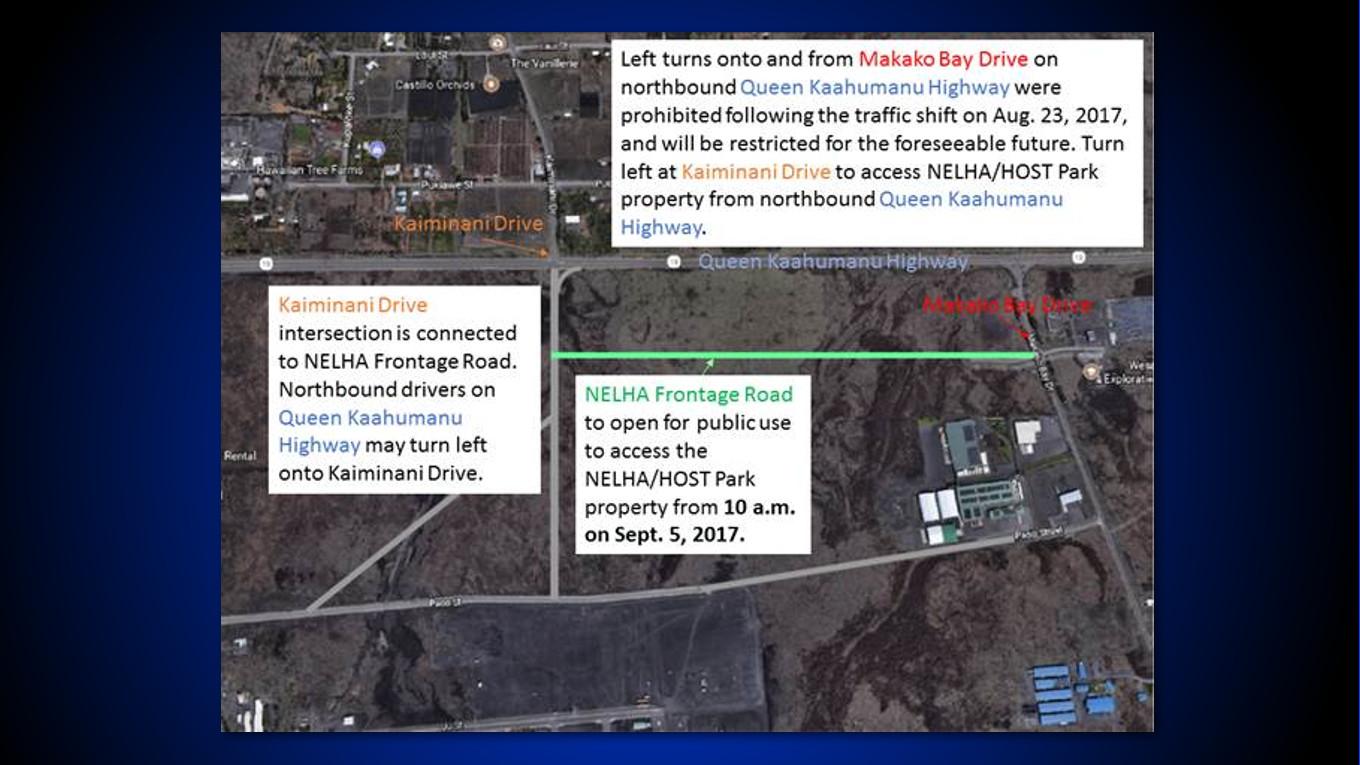 KAILUA-KONA, Hawaii - The opening of the Natural Energy Laboratory of Hawaii Authority Frontage Road will be on Tuesday, Sept. 5, 2017.

(BIVN) – A new access into NELHA along the Queen Kaahumanu Highway is set for next week, while work continues on the widening of the Kona state highway.

“Access to the Hawaii Ocean Science and Technology (HOST) Park from the north bound Queen Kaahumanu Highway will available via the new fourth leg of the Kaiminani Drive intersection,” the Hawaii Department of Transportation announced on Friday, “thanks to the opening of the Natural Energy Laboratory of Hawaii Authority (NELHA) Frontage Road on Tuesday, Sept. 5, 2017, and the addition of a left turn signal at the Kaiminani Drive intersection.”

From the Hawaii DOT news release:

Two weeks ago, the state transitioned all vehicular, bicycle, and pedestrian traffic to the newly paved Makai section of the Queen Kaahumanu Highway.

“HDOT and all the Project Team members are committed to the completion of this project and anticipate that the Queen Kaahumanu Highway Widening, Phase 2 will be substantially complete in August 2018,” an August 22 news release stated. “The latest progress payment percentage as of July 26, 2017, was 67 percent.”

“The Hawaii Department of Transportation (HDOT) thanks the public for their patience as we continue the work,” officials say.