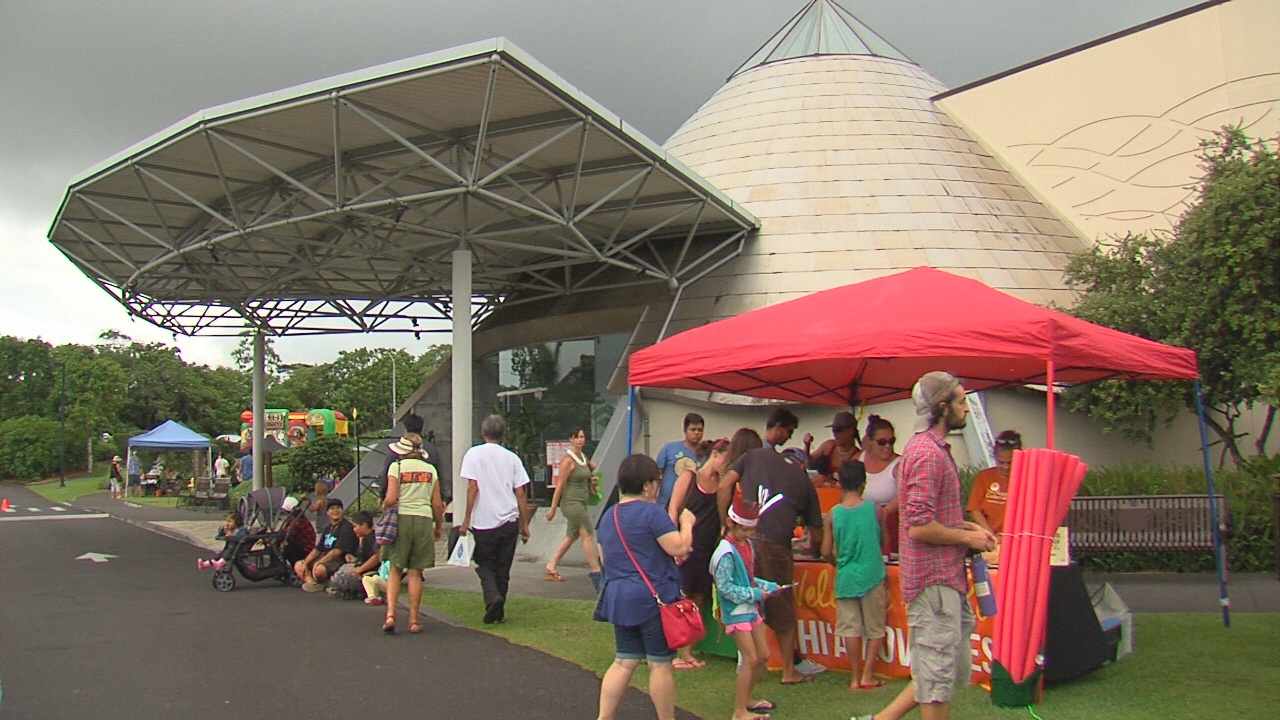 MAUNA KEA, Hawaii - The non-profit supports the hearing officer's recommendation in favor of the Thirty Meter Telescope permit, and wants to see language inserted for the "Development of 'lmiloa Uka/Kai"

(BIVN) – PUEO wants to see a new branch of the ‘lmiloa Astronomy Center developed on Mauna Kea as a condition of the TMT permit approval.

PUEO, or Perpetuating Unique Educational Opportunities, was granted standing in the Thirty Meter Telescope contested case hearing. The group has taken a supportive position towards the TMT project; they’re the only contested case participant to do so, aside from the conservation district use permit applicant, the University of Hawaii-Hilo, and the TMT International Observatory itself.

In an August 21 filing in response to the hearing officer’s proposed order, PUEO said it supports retired Judge Riki May Amano’s recommendation that the permit for the Thirty Meter Telescope on Mauna Kea be granted. However, it did submit a few important exceptions as a supplement to Amano’s proposed conditions.

PUEO specifically calls for the “Development of ‘lmiloa Uka/Kai” to be added to Amano’s condition number two, which reads “Working with the ‘Imiloa Astronomy Center and OMKM to develop informational exhibits for visitors regarding the natural, cultural and archaeological resources of Mauna Kea”

PUEO is recommending the following language be supplemented and incorporated into the final Decision and Order, which will be made by the Board of Land and Natural Resources:

In order to develop a Hawaiian cultural footprint for the future of Maunakea, the UH Hilo and TIO/TMT will collaboratively work towards the future development of an ‘Imiloa Uka component in tandem with ‘Imiloa Kai. Both of these joint facilities will collectively provide:

A. Space for Hawaiian practitioners’ cultural practices regarding the sacred aspects of Maunakea and other sacred Hawaiian places;

B. Hawaiian navigation past, present and future;

C. Retail facilities for the sale of native Hawaiian crafts, literature and clothing to visitors from around the world;

E. An International Education, Peace and Cultural Amphitheater designed to provide a forum for the discussion of world peace, religion, governance and the future of mankind on Earth and in the Cosmos, as well as a place for halaus to practice; and

F. Implementation and extension of ocean-based educational opportunities designed to teach navigation and sailing skills, vessel construction and repair and other oceangoing skills

PUEO board member Richard Ha confirmed that the idea would be to have a separate ‘Imiloa facility (Uka) developed somewhere at the mid-level area of Mauna Kea, below the summit. The ‘Imiloa Kai mentioned in the document is in reference to the current facility in Hilo.

The group also wants to see, as a condition, the development a plan “to implement and extend early entry programs for at-risk children of Hawaiian ancestry and other at-risk youth in the community at UH Hilo,” which will provide educational opportunities in STEM-related and other curriculum.

In another proposed condition, PUEO recommends UH-Hilo develop a plan “to implement a cooperative fellowship program between personnel working at the astronomy facilities on Maunakea and Hawaiian communities related to navigation, astronomy, and Hawaiian culture.”

And to manage access to the summit, PUEO proposes the condition: “OMKM and the Kahu Ku Mauna Council, after reasonable public input, shall develop a plan and protocols in the next two years to manage general access to the summit of Maunakea. The plan should include a proposal for informing and vetting all who plan to conduct any commercial activities on the summit.”

The non-profit also added a few new names to the board. Ha introduced them in recent testimony before the UH Board of Regents:

Heather Kaluna is the first native Hawaiian person to come up through the UH System and come back to teach at UH Hilo. She went to Pahoa High School and will teach her first class in physics and astronomy this semester at UH Hilo.

Mailani Neal. She is in undergrad student studying at New York who wants to come back home to pursue a career in astronomy and to help youngsters achieve their dreams. She is from Kona.