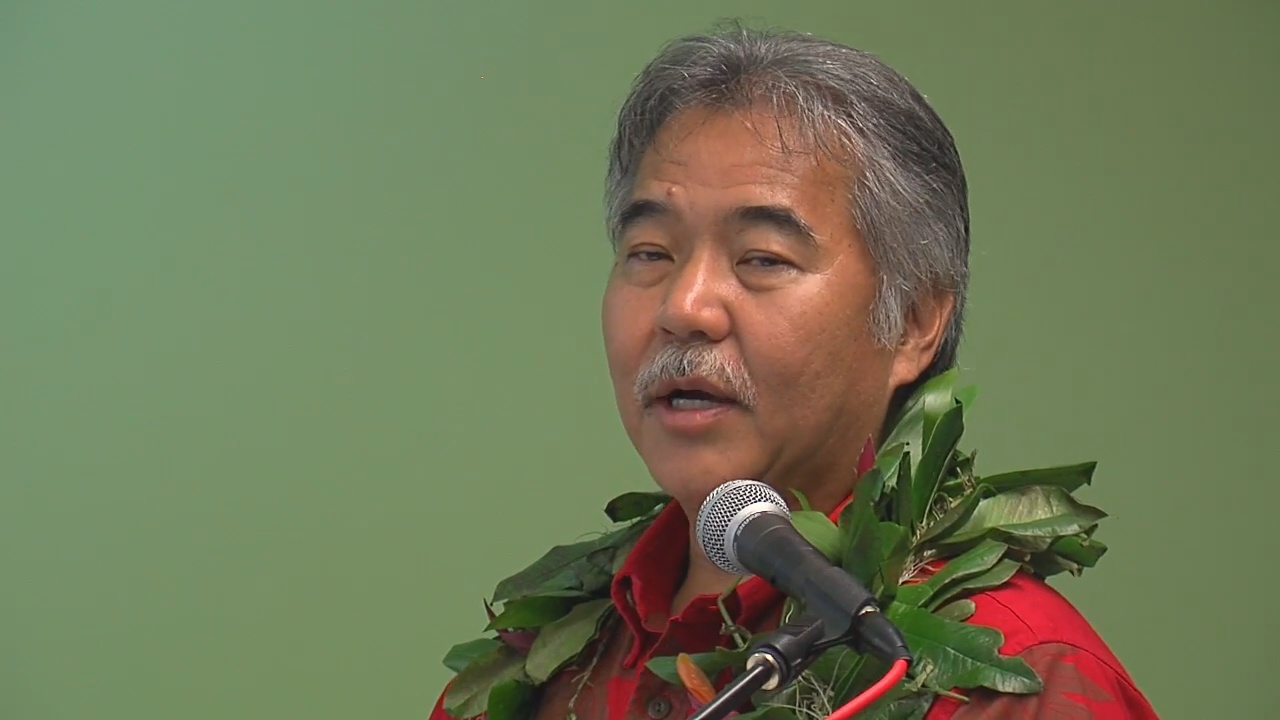 HONOLULU - The State of Hawaii announced today that it is joining 16 states in the lawsuit in reaction to the Trump administration decision to rescind Deferred Action for Childhood Arrivals.

(BIVN) – The State of Hawaii says it has joined a coalition of 16 states in filing suit to protect Deferred Action for Childhood Arrivals (DACA) grantees.

The lawsuit was filed this afternoon in the U.S. District Court for the Eastern District of New York. It details “how the Trump administration has violated the equal protection clause of the Constitution by discriminating against the 800,000 DACA recipients across the country, violated due process rights, and harmed States’ residents, institutions, and economies,” a state media release says.

In the release, Hawaii Governor David Ige said, “Hawaii is going to court – again. This time we’re joining 15 other states to fight for the future of our country’s Dreamers. 600 Dreamers currently go to Hawaii’s schools, work in our businesses, and deserve certainty and stability.”

Attorney General Chin added, “With cruel indifference the President has taken an action that immediately robs hundreds of Hawaii residents of certainty in their future. Many of these people, who have done nothing wrong, have only known Hawaii as their home. I am grateful to Governor Ige for his leadership and clear-eyed dedication to supporting the Dreamers and protecting DACA. Following his lead, I have joined this lawsuit not only because it is the right thing to do, but because the way the President has proceeded is illegal.”

Hawaii is home to nearly 600 DACA grantees. Hawaii DACA recipients have had their protection renewed by the U.S. Department of Homeland Security more than 1,700 times. According to the Center for American Progress, 97 percent of DACA grantees are employed or go to school. In Hawaii alone, it is estimated that ending DACA would cost more than $28 million in annual GDP losses. Over the next ten years Hawaii stands to lose more than $126 million in tax revenues if DACA is rescinded.

The lawsuit states in part:

“Since 2012, DACA has allowed hundreds of thousands of young people to live, study, and work in the United States, and to become stable and even more productive members of their communities, without fear that they could be arrested and placed in deportation proceedings at any moment. Throughout the country, DACA grantees are employed by various companies and State and municipal agencies, which benefit from their skills and productivity. DACA grantees also contribute significantly to State and local revenues and tax bases. Yet, as a result of the DHS Memorandum, approximately 1,400 DACA grantees will lose their work authorization and risk termination of employment each day as their terms begin to expire. DACA recipients will lose their eligibility for public and employer-based health insurance programs that reduce the States’ health expenditures and promote public health. They also will lose their right to enroll in higher education institutions with in-state admissions preferences and tuition; thus, public universities will be deprived of a means by which they enrich the experience of all students and faculty through diversity and new perspectives.

“…More than 78 percent of DACA grantees are of Mexican origin, which is more than double the percentage of people of Mexican origin that comprise of the overall foreign-born population (29 percent) of the United States. Ending DACA, whose participants are mostly of Mexican origin, is a culmination of President’s Trump’s oft-stated commitments—whether personally held, stated to appease some portion of his constituency, or some combination thereof—to punish and disparage people with Mexican roots.

“The consequence of the President’s animus-driven decision is that approximately 800,000 persons who have availed themselves of the program will ultimately lose its protections, and will be exposed to removal when their authorizations expire and they cannot seek renewal. The individuals who have relied on DACA are now more vulnerable to removal than before the program was initiated, as they turned over sensitive information to the federal government in their applications. Despite the federal government’s repeated promises that it would not use such information to conduct enforcement measures, the Memorandum does not explain how the government will keep that information secure, nor does it provide any assurances that immigration enforcement agents will not use such information to find and remove those who applied for DACA.

“Rescinding DACA will cause harm to hundreds of thousands of the States’ residents, injure State-run colleges and universities, upset the States’ workplaces, damage the States’ economies, hurt State-based companies, and disrupt the States’ statutory and regulatory interests.”