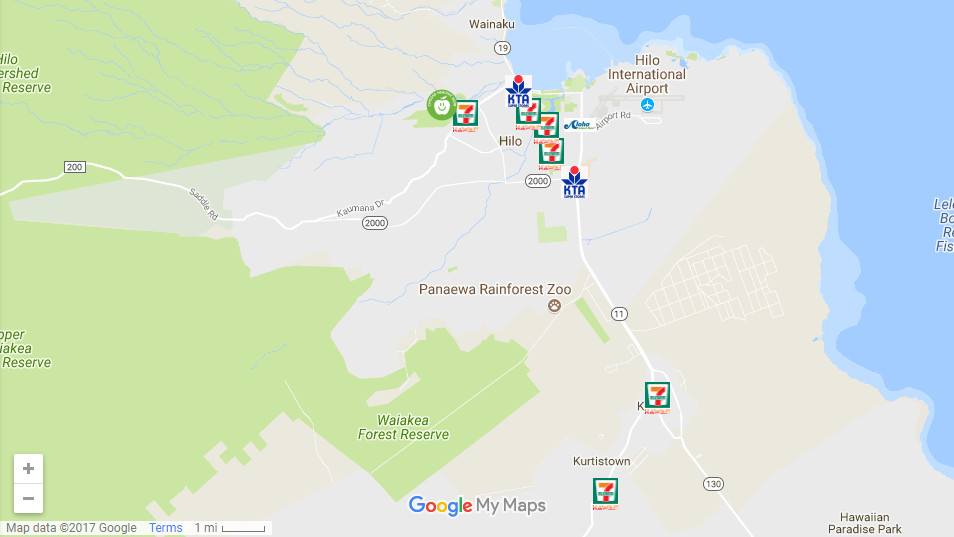 (BIVN) – The Hawaii Department of Health announced on Friday that the Choose Health Now campaign has launched in 7-Eleven Hawaii stores statewide.

The state issued this media release:

Today, the Department of Health (DOH) launched its Choose Healthy Now campaign in all 7-Eleven Hawaii locations throughout the state. As the department’s newest partner in the campaign, 7-Eleven is increasing consumer access to healthier foods and beverages and highlighting these better choices in some of the most visible areas of their 64 stores.

First Lady Dawn Ige honored 7-Eleven for their participation in the state’s campaign at a press event held at their Moanalua location, followed by a taste test of the healthy items that are offered in 7-Eleven Hawaii stores. Among the food items tested was a new creation, “Mrs. Ige’s Chicken Cilantro Sandwich,” which will be available for sale to customers later this year as part of the Choose Healthy Now campaign.

“We are honored and excited to be part of an initiative that provides our customers with an easy and quick way to make healthy food choices,” said Greg Hanna, President and CEO of 7-Eleven Hawaii. “The Department of Health provided the expertise to make all the changes needed to highlight healthier options for our customers. We encourage other businesses to join us.”

Through Choose Healthy Now, 7-Eleven customers will be able to easily identify and select foods and beverages that meet nutrition guidelines set by the Department of Health. Customers are prompted to choose these healthier snack and drink items through signage and point-of-decision prompts, which enable the customer to make a quick but informed decision. Product placement and price incentive strategies are also used to encourage the selection of healthier items.

The Department of Health has also produced new Choose Healthy Now television commercials that began airing today; these ads encourage customers to look for snacks and drinks labeled Choose Healthy Now, and ask other stores and retail locations to join in the effort. Aloha Island Mart and KTA are also partners in the campaign since 2015 and 2016 respectively.

Poor nutrition contributes to obesity and chronic disease. More than half of adults in Hawaii are overweight or obese (57.2 percent); similarly, over 50 percent (58.5 percent) have been diagnosed with at least one chronic condition, such as diabetes, heart disease or cancer. Annual direct healthcare costs for obesity among adults in Hawaii has been estimated at $470 million and an additional $770 million for diabetes. These numbers are expected to continue to rise in conjunction with national rates.

Programs like the state’s Choose Healthy Now campaign are effective at increasing access and availability of healthier foods and beverages. “The time to address obesity and chronic disease is now,” said Director of Health Virginia Pressler. “Partnering with retail locations allows us to reach Hawaii residents where they make their everyday food choices.”

Visit ChooseHealthyNowHawaii.com to view the full list of participating stores, watch the commercials, and download print materials for use in retail locations, snack shops, or other venues that sell food.