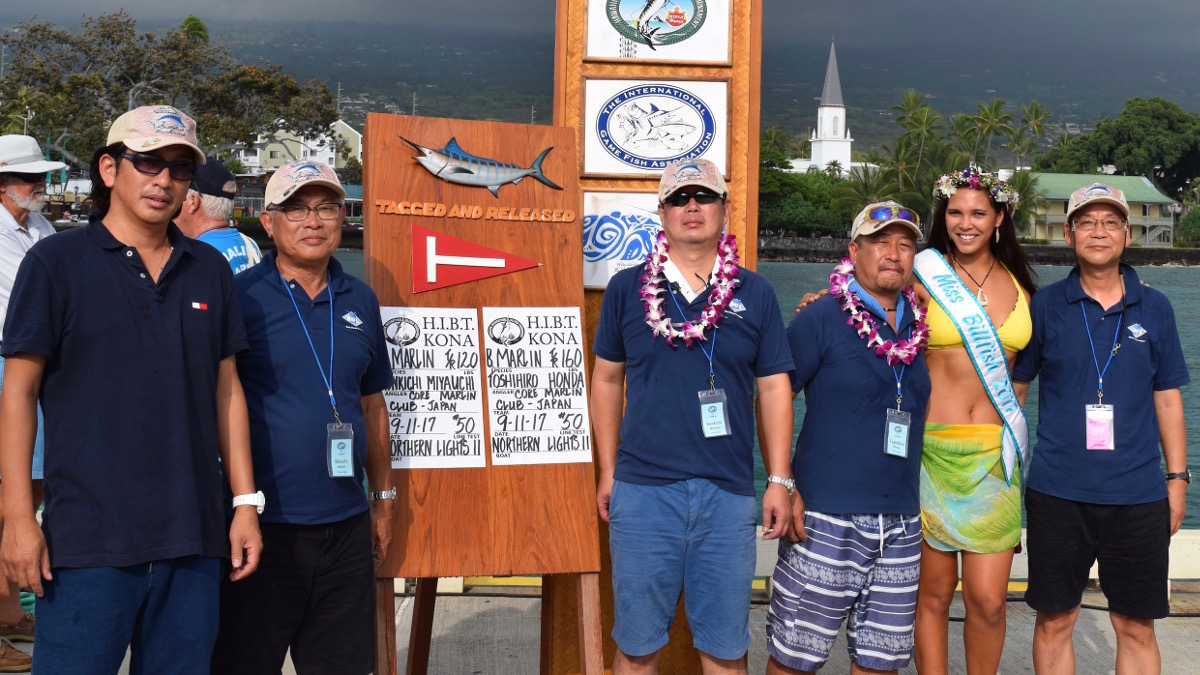 KAILUA-KONA, Hawaii - Japan and South Africa battle for first place on day one of fishing off the Kona coast.

(BIVN) – The 58th Hawaiian International Billfish Tournament is underway in Kailua-Kona. Event organizers issued this media release describing the action on day one:

After an unusual early morning light rain in Kona, Kahu Danny Akaka began with a moment of silence to honor those lost on 9/11 and a Hawaiian blessing.

Teams from around the world gathered on the starting line as the 58th Hawaiian International Billfish Tournament (HIBT) got underway with their legendary call to “Start fishing, start fishing, start fishing!” And with that, competitive teams representing Australia, Japan, New Zealand, Papua New Guinea, South Africa, and the USA began a five-day fishing marathon in Kona’s famous waters.

As the fishing continued throughout Day One, it was Japan’s Core Marlin Club who landed on top of the leader board with 600 points. Fishing aboard the 47-foot Northern Lights II, angler Toshihiro Honda tagged and released an estimated 160-pound Pacific blue marlin in an impressive 20 minutes. Just after the noon round-up angler Kenkichi Miyauchi scored this team’s second tag and release with a Pacific blue marlin estimated at 120 pounds.

Day One yielded a tight race with only 50 points separating first and second places.

As Day One of the Hawaiian International Billfish Tournament wrapped, nine teams were on the scoreboard with 11 Pacific blue marlin and short-nosed spearfish.

Note: To preserve the thrill of big game fishing for future generations, HIBT teams do not receive points for any Pacific blue marlin under 300 pounds that are boated. Teams are awarded points for these billfish that are tagged and released.