HAWAII VOLCANOES NATIONAL PARK - Much of the large ledge that had built up on the south side of the summit vent within Halema‘uma‘u fell into the lava lake on September 8. 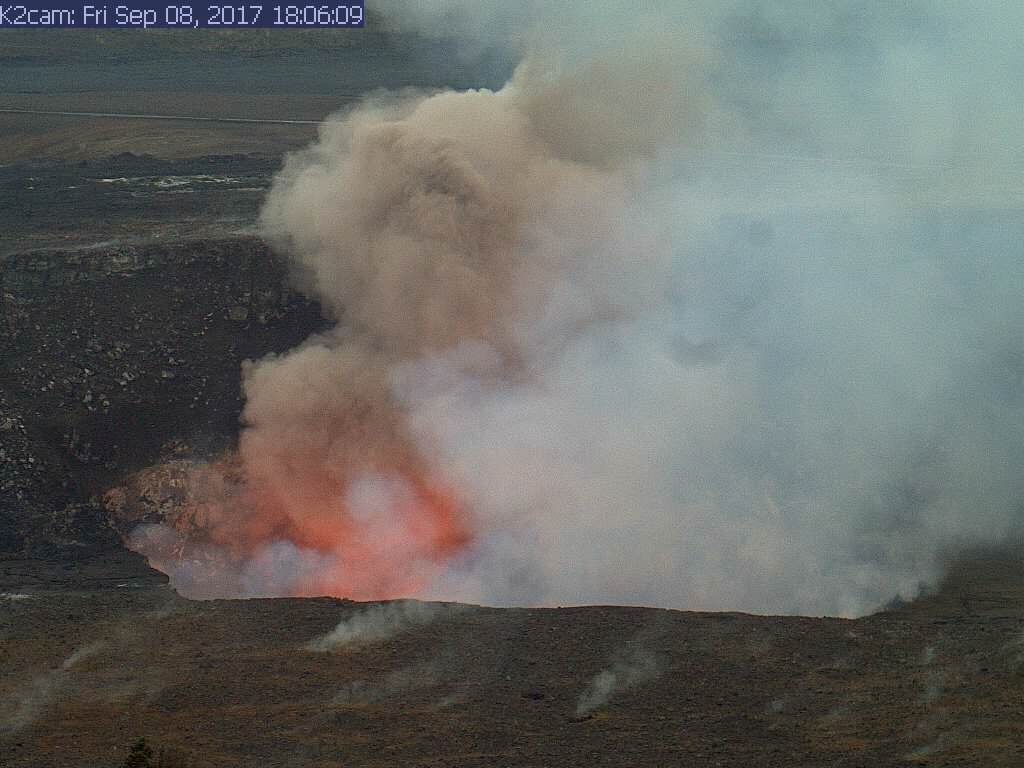 Such rockfalls are common during significant drops in the lava lake level, scientists say, because support is removed from the crater walls.

On Tuesday, USGS published some photos of the rockfalls. The photo seen above came with this caption:

Interestingly, this collapse did not generate a large explosion—only a small, brownish plume was observed during and immediately after the rocky ledge fell into the lava lake. The next day, HVO geologists noted a dusting of ash on the Halema‘uma‘u crater rim, but found no spatter fragments like those that have been hurled to the crater rim during past large explosions. At the time of the Sept. 8 collapse, the lava lake level was about 53.5 m (176 ft) below the vent rim, too deep to be visible from HVO. 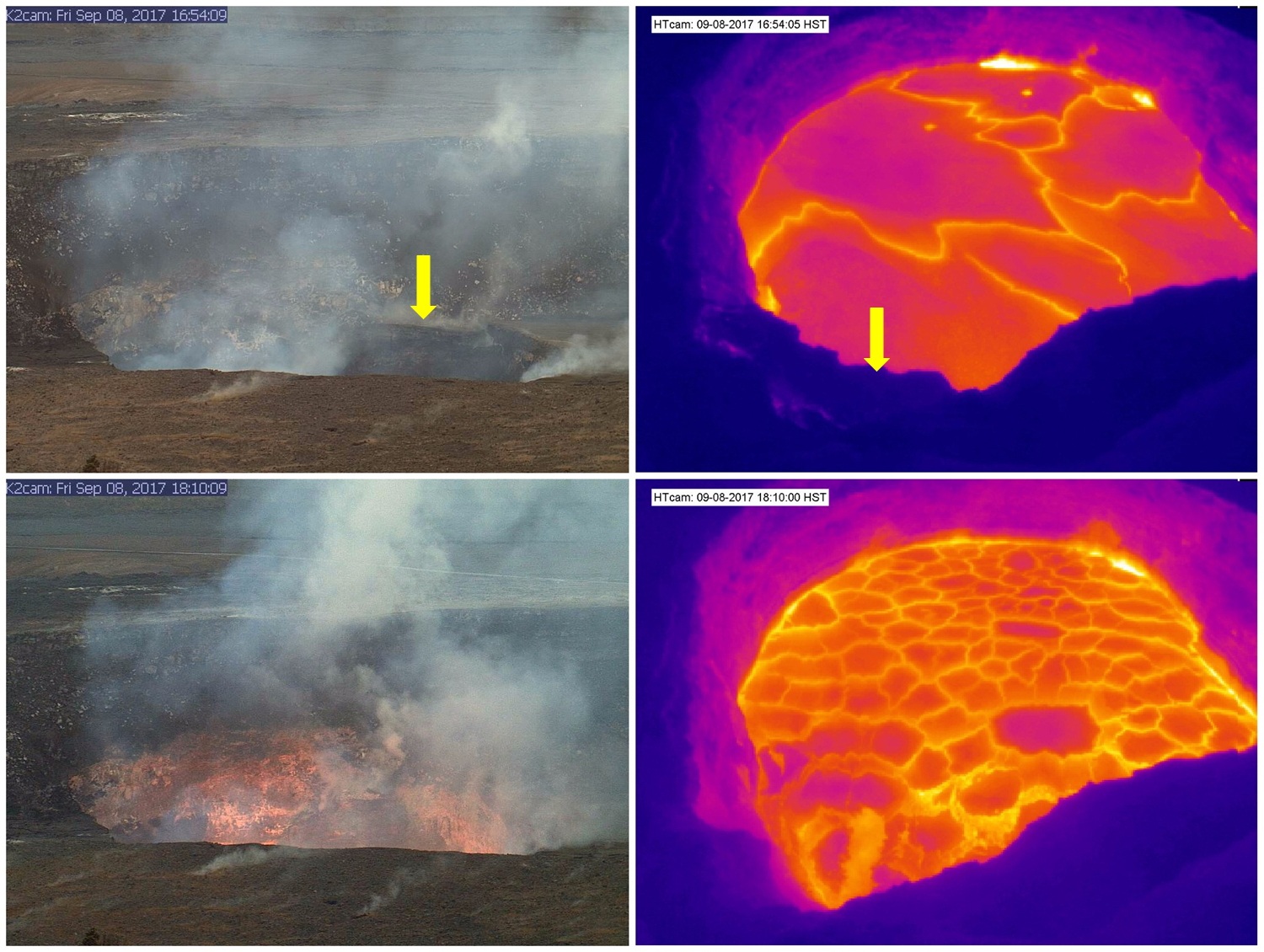 (USGS) The top two images, captured by HVO’s K2 and HT web cameras, show the summit vent before the collapse. A yellow arrow points to the ledge, which was formed by layers of lava stacking up during repeated high lake levels. The lower webcam images were captured minutes after the collapse. In the thermal images, note the difference in the lava lake surface before and after the collapse. K2cam shows the view from HVO and Jaggar Museum; HTcam is a thermal camera that looks down on the lava lake from the rim of Halema‘uma‘u.