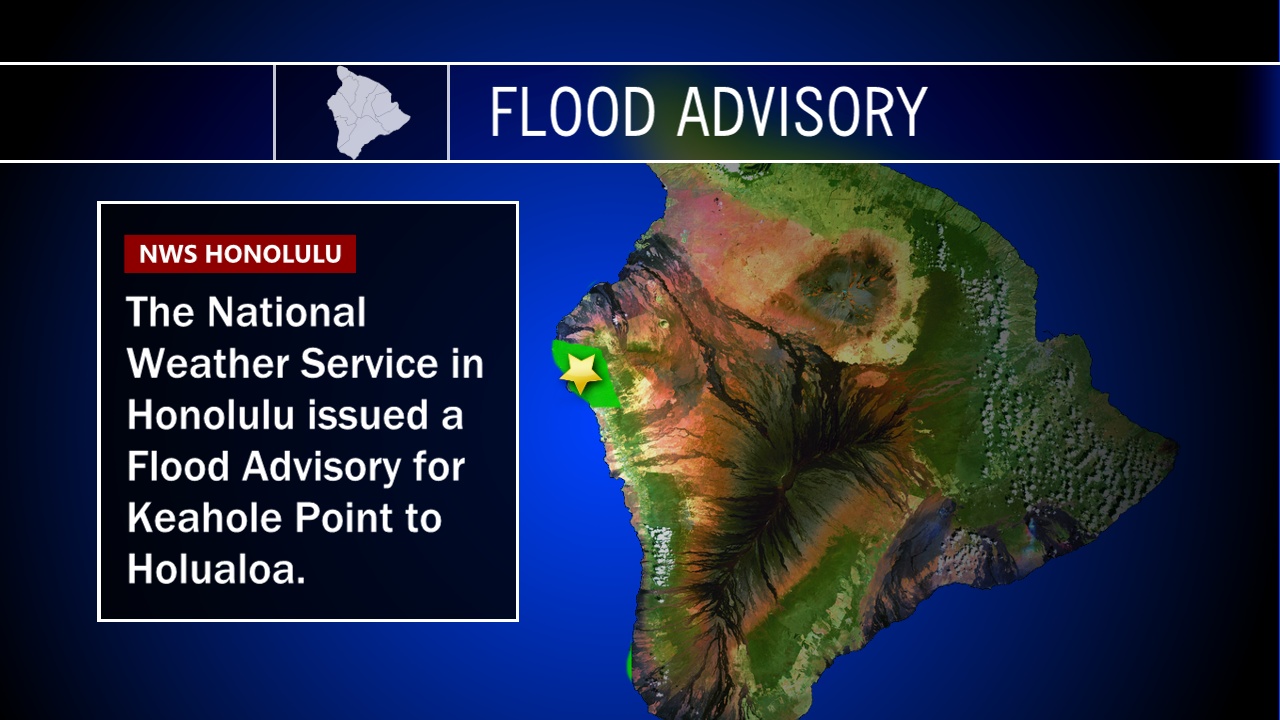 KAILUA-KONA, Hawaii - The National Weather Service in Honolulu says the advisory is in effect until 5:45 p.m. HST

The National Weather Service in Honolulu issued the flood advisory after 2:39 p.m. when radar indicated “persistent heavy rain near that was nearly stationary along the leeward coast of the Big Island between Keahole Point and Holualoa.”

Rain was falling at a rate of one to two inches per hour, forecasters said.

UPDATE (3:40 p.m. HST) – According to Hawaii County Civil Defense, police report some ponding is occuring on roadways within the affected area. Motorists are advised to drive with caution and be alert, officials say.

Locations in the advisory include but are not limited to Kailua-Kona, Kalaoa, Holualoa, Kahaluu-Keauhou, and Honalo.

Stay away from streams, drainage ditches and low lying areas prone to flooding.

Rainfall and runoff will also cause hazardous driving conditions due to ponding, reduced visibility and poor braking action.

Do not cross fast flowing or rising water in your vehicle, or on foot. Turn around, don`t drown.