The 13-year tour of the solar system's ringed planet came to a planned end on September 15. The mission had some assistance from Mauna Kea observatories. 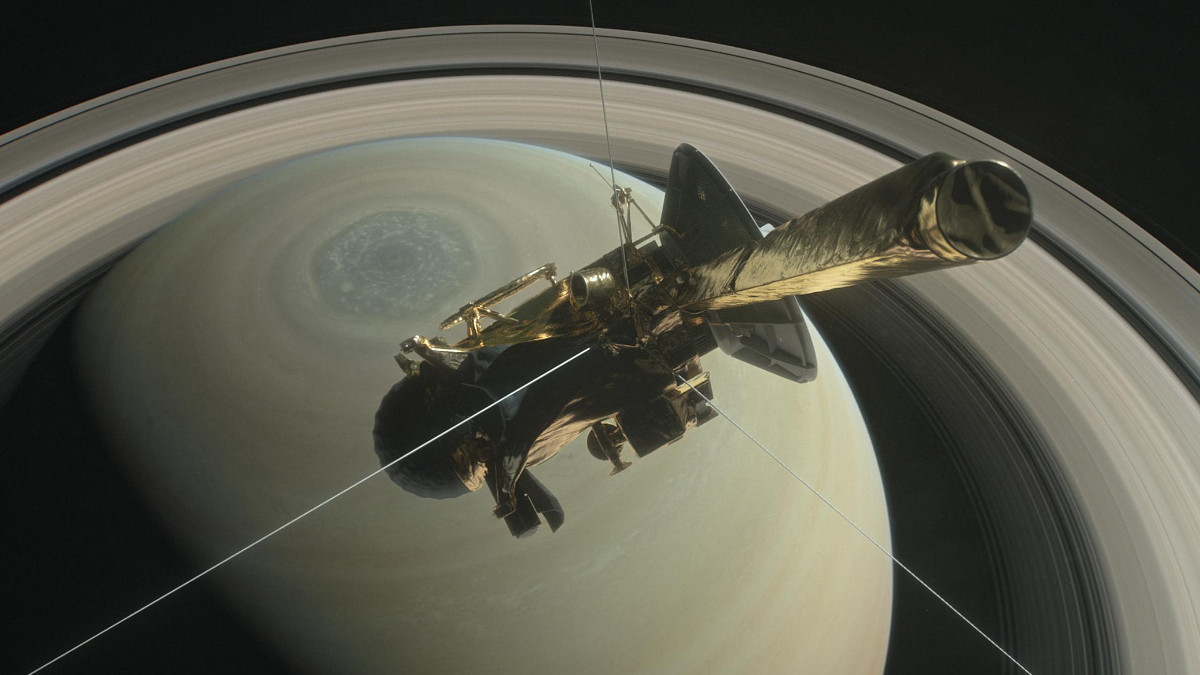 (BIVN) – The Cassini spacecraft dove into the atmosphere of Saturn on Friday, ending its mission and a “thrilling epoch in the exploration of our solar system”, NASA reported.

Video from NASA’s Jet Propulsion Laboratory in Pasadena, California showed engineers, project managers and team leaders embracing after the expected loss of contact indicated Cassini had plunged into the atmosphere of the ringed planet, never to be seen or heard from again. The spacecraft sent back a unique final set of science observations, NASA says. 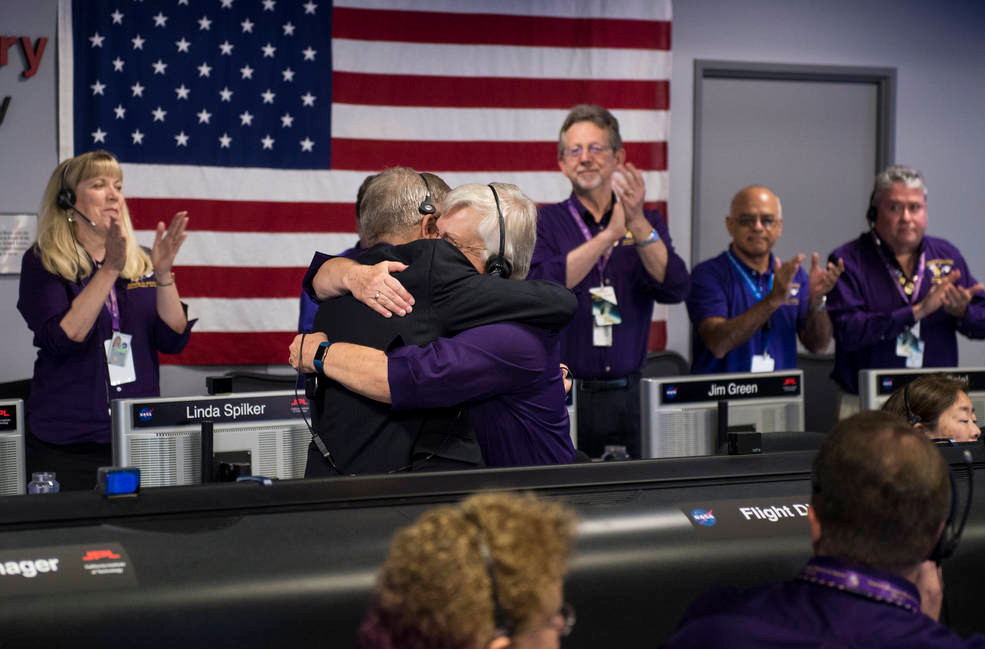 “This is the final chapter of an amazing mission, but it’s also a new beginning,” said Thomas Zurbuchen, associate administrator for NASA’s Science Mission Directorate at NASA Headquarters in Washington. “Cassini’s discovery of ocean worlds at Titan and Enceladus changed everything, shaking our views to the core about surprising places to search for potential life beyond Earth.”

“It’s a bittersweet, but fond, farewell to a mission that leaves behind an incredible wealth of discoveries that have changed our view of Saturn and our solar system, and will continue to shape future missions and research,” said Michael Watkins, director of NASA’s Jet Propulsion Laboratory (JPL) in Pasadena, California, which manages the Cassini mission for the agency. JPL also designed, developed and assembled the spacecraft.

Friday’s fatefull plunge ended the series of 22 weekly “Grand Finale” dives between Saturn and its rings, a feat never before attempted by any spacecraft, scientists say.

A preview of the “Grand Finale” was presented in this cinematic video produced by NASA’s Jet Propulsion Laboratory, published on April 4, 2017.

Two ground-based telescopes on Mauna Kea helped Cassini all the way from Earth.

NASA’s Infrared Telescope Facility, or IRTF, and the W. M. Keck Observatory, in which NASA is a partner, have provided crucial contributions over the years.

During the summer of 2017, the Cassini team used Keck Observatory to take near-infrared spectroscopic data of the regions near Saturn’s equator, just as Cassini was diving between Saturn and its rings during its final orbits. The team also took Keck data of the polar magnetic fields to better understand the planet’s auroras, which are similar to Earth’s northern and southern lights. The Keck Observatory data will be used to verify Cassini’s data to provide a “ground-truth” calibration of some of the on-board instruments of the orbiter.

NASA Livestreamed this end of mission presentation after Cassini’s finale.


(NASA JPL) After two decades in space, NASA’s Cassini spacecraft has completed its remarkable journey of exploration. Hear from the team behind the mission and its epic Grand Finale.