KAILUA-KONA, Hawaii - Gov. David Ige and the Hawai‘i Department of Transportation were on hand to welcome Japan Airlines’ inaugural flight from Narita International Airport back to Kona after a seven-year hiatus. 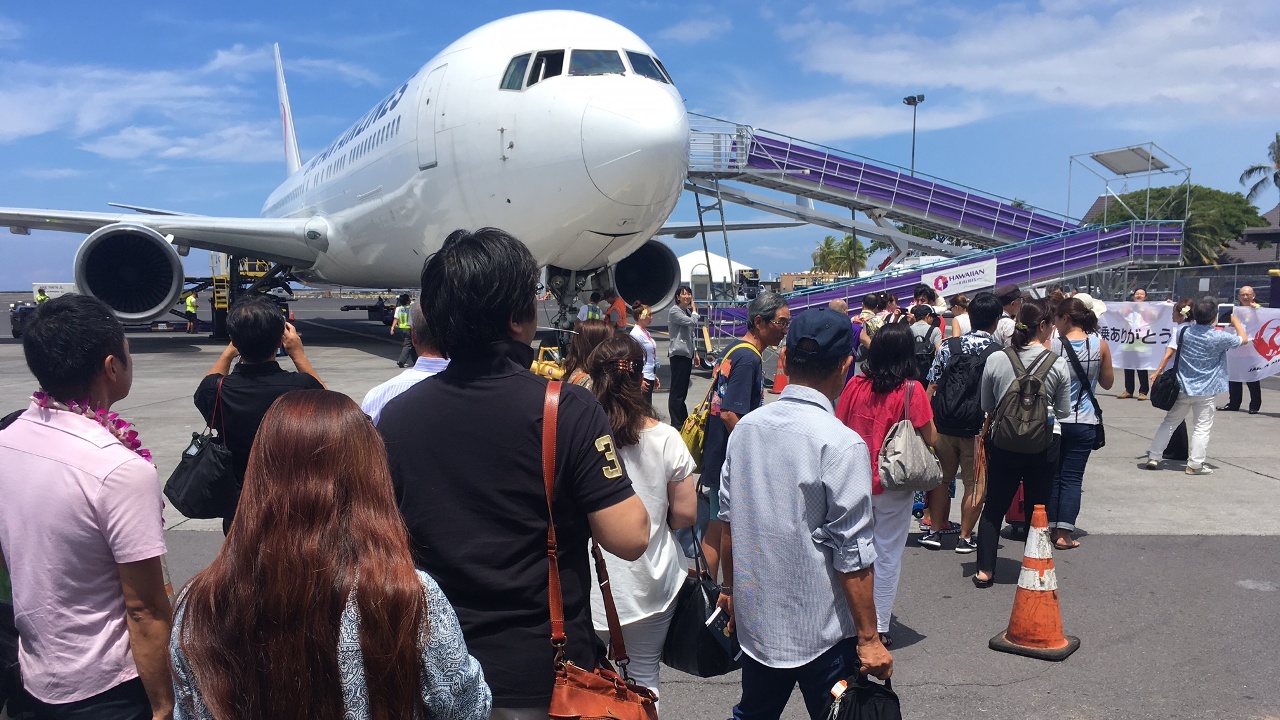 (BIVN) – It was a big day for tourism in Kailua-Kona, seven years in the making. In 2010, Japan Airlines flew its last direct flight out of Kona International Airport, not to return. Until now.

The new daily, non-stop service is expected to generate $9.8 million in tax revenue and create 900 new jobs, according to the Hawai‘i Tourism Authority. HTA also says nearly 1.5 million Japanese citizens visited Hawaii in 2016 — spending over $1 billion in the state’s economy and supporting over 26,000 jobs.

“We warmly welcome Japan Airlines back to Kona. We are extremely excited about the daily service to Kona, which is on its way to becoming Hawai‘i’s second major international port of entry,” said Gov. Ige. “JAL has offered excellent service to the Aloha State for more than 60 years, and has played a significant role in expanding and supporting our tourism industry and economy. We are also thankful for the opportunity for cultural exchange with Japan.”

“Our thanks go to Japan Airlines and Chairman Masaru Onishi for being such a great and loyal friend to Hawaii’s tourism industry. This new non-stop flight connecting Tokyo and Kona reinforces Japan Airlines’ commitment to support travel to the Hawaiian Islands, while offering its customers an enticing new vacation experience to discover the allure and natural beauty found on the island of Hawai‘i,” said George Szigeti, president and chief executive officer Hawai‘i Tourism Authority, in a media release.

“I welcome the return of Japan Airlines to Kona. Hawaii’s deep ties with Japan and today’s flight helps to grow our state’s visitor industry and economy,” said Senator Hirono in her own statement issued Friday. “Reopening of the FIS facility at Kona International Airport provides another opportunity to expand the Island of Hawaii’s international visitor market.” 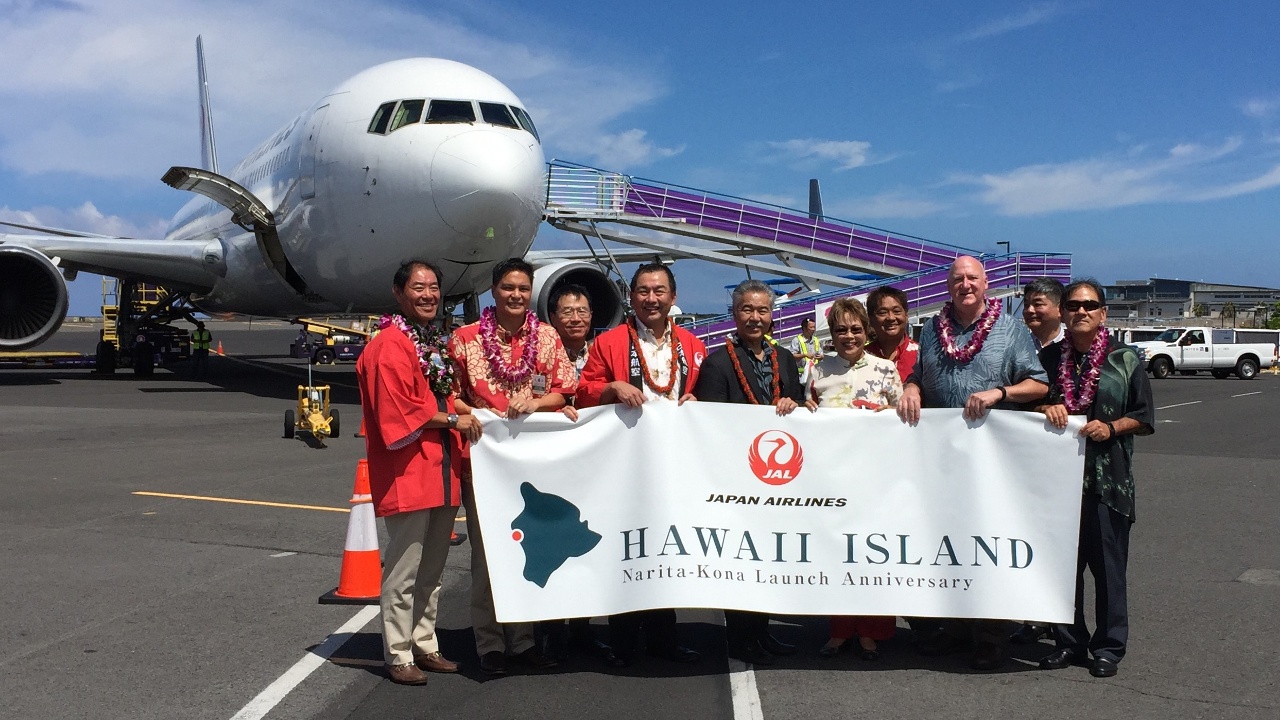