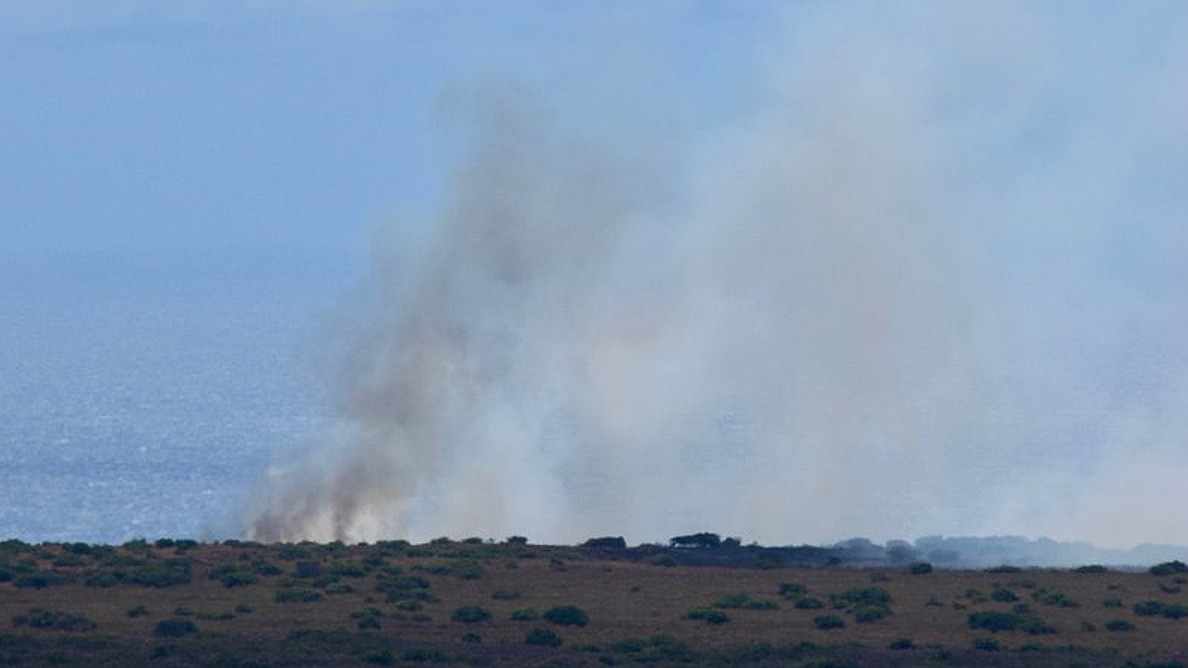 SOUTH POINT, Hawaii - The brushfire in a remote area of the Kaʻū coastline near Waikapuna Bay was still burning on Friday, fire officials say.

(BIVN) – The Hawaii County Fire Department has released more information in the large brushfire in Kaʻū that continues to burn on Friday.

The total area burned as of 1800 hours on Thursday evening was 840 acres, officials say. The location of the blaze is in a remote area of the Kaʻū coastline near Waikapuna Bay below Na’alehu town.

“Due to location of fire, there was a delayed access to area,” a fire dispatch states. “When first units eventually arrived at fire approximately 5 acres of grass and brush actively burning.”

The dispatch says the alarm for the fire occurred at 5:17 a.m., and the first firefighters arrived on the scene at 7:04 a.m.

“Due to limited 4X4 access roads and strong trade winds, fire continued to spread throughout day,” fire officials reported. “Dozers were utilized to establish fire breaks and choppers carried out water drops. Much of area without access to ground vehicles.”

As the fire spread slowed down throughout the nighttime hours, Hawaii County Civil Defense alerted residents that “smoke from the fire may affect visibility for driving and air quality for Waiohinu area including Green Sands, Mark Twain Estates, and Discovery Harbor.”

Much of area still actively burning. No roadway closures have been reported at this time.

The cause of the fire is thus far undetermined.