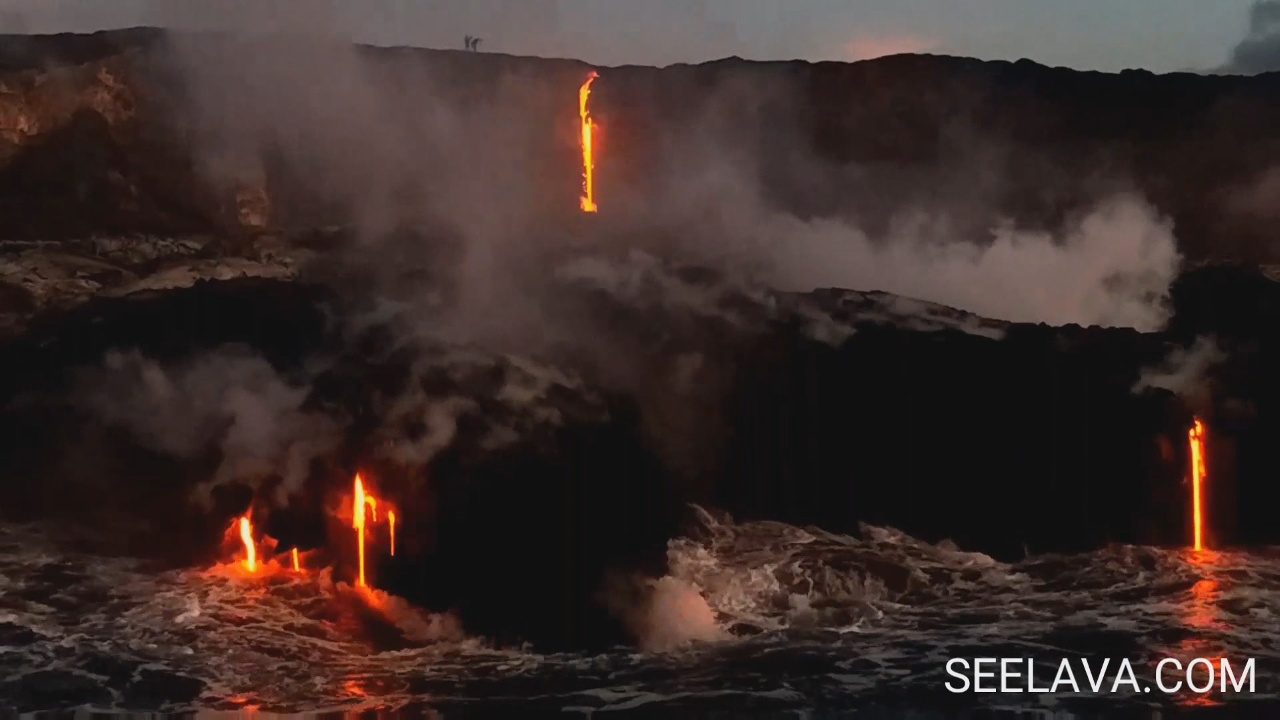 UPDATE (12 p.m. HST on Sept. 24) – Scientists with the USGS Hawaiian Volcano Observatory had this update on Sunday: “A short-lived breakout on the cliff above the ocean entry delta that disrupted the ramp and produced a brief episode of firehose lava activity yesterday has reportedly subsided.”

“The episode 61g flow is still active and entering the ocean at Kamokuna,” the USGS Hawaiian Volcano Observatory scientists wrote. “Firehose lava activity was reported this morning to have returned at the ocean entry delta.”

The flow does not pose a threat to nearby communities at this time, scientists say.