Video from various sources, edited by BIVN with voice of Sherry Bracken

MAUNA KEA, Hawaii - A summery of the land board's decision on the Thirty Meter Telescope, and reaction from both sides. 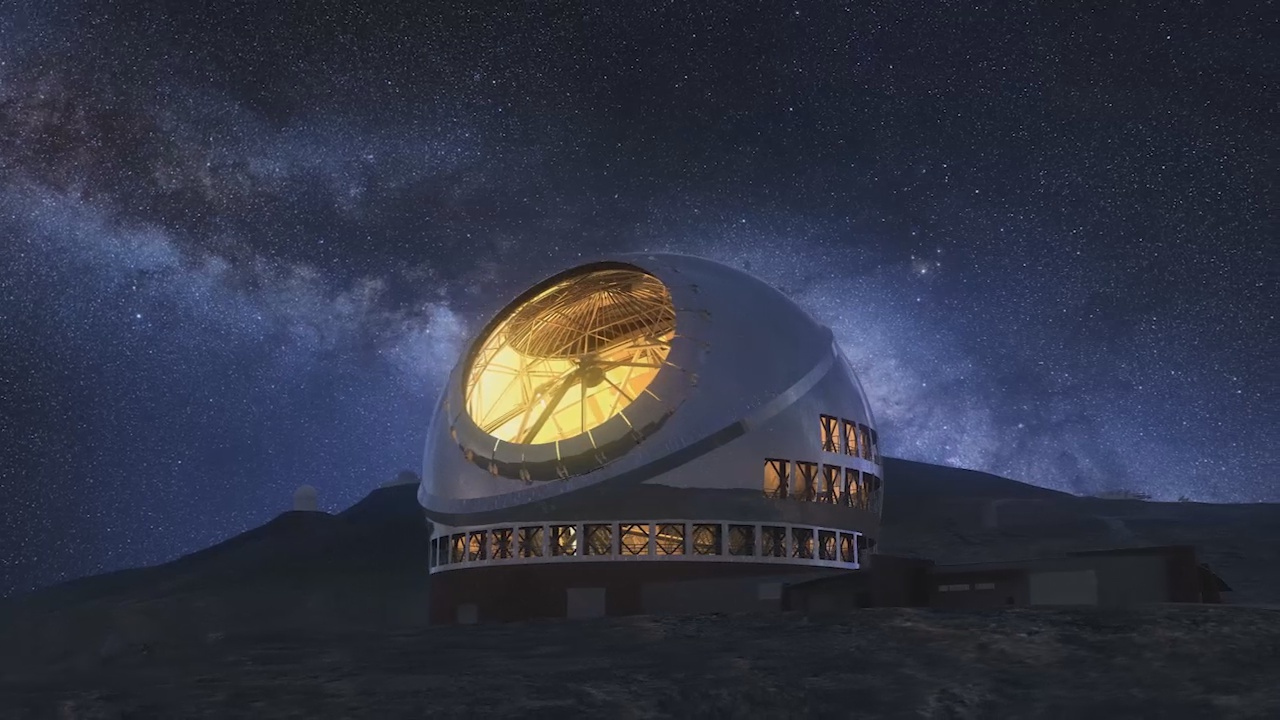 (BIVN) – The state of Hawaii is moving forward with the Thirty Meter Telescope project on Mauna Kea.

The University of Hawaii’s permit to build the observatory was approved Thursday with a 5 to 2 vote by the Hawaii Board of Land and Natural Resources, adopting the recommendation made by the hearing officer in the year-long contested case. The BLNR’s Decision and Order was 345 pages long.

Following the state’s announcement, statements were issued by both sides. For example, TMT International Observatory Board Chair Henry Yang had this to say:

“On behalf of the TMT International Observatory LLC, we express our sincere appreciation to the Board of Land and Natural Resources, hearing officer Judge Riki May Amano and other officials involved in carrying out the thorough process called for in the remand decision issued by the Hawaii Supreme Court in December 2015. We thank all community members who contributed their thoughtful views during the hearing process and we are deeply grateful to our many friends and supporters for standing with us over the years.

“We are greatly encouraged by BLNR’s decision today to grant the CDUP. Following this approval, TIO will continue to respect state procedures and to comply fully with applicable legislation and regulation. In moving forward, we will listen respectfully to the community in order to realize the shared vision of Maunakea as a world center for Hawaiian culture, education, and science.”

A press release was shared by the Hawaiʻi Unity and Liberation Institute (or HULI), comprised of Kahoʻokahi Kanuha, Kaleikoa Kaʻeo, Kahele Dukelow, Camille Kalama, Andre Perez and Walter Ritte. The organization was formed in the beginning of May 2017, and is “committed to providing non-violent direct action training and assistance in Hawaiʻi as well as Action Art assistance.” The release states:

Hawaiians and supporters took a stand of resistance on Maunakea between March and December 2015 to stop the construction of the $1.4 billion Thirty Meter Telescope project. Although the illegitimate State of Hawaii and the Board of Land and Natural Resource were afforded one more chance to make the right decision for Hawaiʻi and its people, they have once again shown themselves to be incapable of protecting, conserving and managing Hawaiʻiʻs unique and limited natural, cultural and historic resources. Only one week removed from the BLNR hearing on September 20, the board members approved a Conservation District Use Permit (CDUP) for the building of the TMT by a vote of 5-2.

The decision is not shocking, but it is nevertheless disappointing. Hundreds, if not thousands of Hawaiians will be forced to put our personal responsibilities, goals and dreams on the side to take a stand of resistance on Maunakea to protect our sacred and national lands, our cultural and national identity along with our dignity and our humanity as a people. As daunting of a task as it might be to stop the construction of the TMT, we have once again been left with no choice but to resist and to take matters back into our own hands. Though it will not be easy, we will organize, strategize and exercise our un-relinquished rights and claims to our national lands. Any attempts by TMT, the illegitimate State of Hawaii or the University to ascend Maunakea will be met with peaceful, non-violent resistance.

Governor David Ige made himself available to the media, and also issued a short statement on the decision.

“The Board’s decision today is the latest milestone in what has been a complex journey,” the governor said. “I believe Hawai‘i can host a new telescope in the right way, with respect for the values, traditions and culture of the first Hawaiians, and that our island state can be Earth’s eyes into the universe to prepare for a brighter future.”