HILO, Hawaii - Last minute legal concerns threatened to stall the years-long effort as the final CDP document went before the council to be ratified.

Last minute legal concerns threatened to stall the years-long effort as the final CDP document went to the council to be ratified.

But the community stayed involved until the end, testifying in Hilo and by videoconference from Ka’u.

Councilmembers Tim Richards and Eileen O’Hara wanted to amend the CDP before passing it. The council voted down Richards’ motion, and O’Hara withdrew her proposal.

The council was guided, in part, by an October 4 communication by the County Corporation Counsel, which stated:

On September 20, 2017, at the Council Meeting held at the West Hawaii Civic Center, Council member Tim Richards inquired as to whether the control policies within the Ka`u CDP (Bill 52) were advisories or mandates. I stated that the Ka`u CDP (Bill 52) would be a planning tool that provides for flexibility; and thus, not a mandate.

Despite its approval upon first reading, some Council members and members of the public expressed a concern that enactment of this bill could produce unintended consequences in light of the Missler decision.

We submit this opinion for your review and consideration during your deliberations on the Ka`u CDP (Bill 52):

Whether the County Council may adopt the Ka`u CDP ( Bill 52) as written.

Yes, the County Council may adopt the Ka`u CDP (Bill 52) as written, without amendments, because it is legally defensible and, as a legislative act, is presumed by the courts to be valid. Unlike the Kona CDP, the Ka`u CDP does not automatically amend the County Code upon adoption.

The County General Plan states that the purpose of the CDPs is to implement the broad goals within the General Plan on a regional basis. In other words, the CDPs translate the broad General Plan statements into specific actions as directed by community input into how that region wants to manage growth in the area. To that end, a CDP is a legislative planning tool that provides both guiding( hortatory) and binding( mandatory) policies directing the Planning Department to implement these various policies through its regulatory framework.

A. Binding/mandatory Policies vs. Non-Binding Policies.

Police Intent: These are general statements that express policy aims or objectives. From a legal standpoint, these” hortatory” policies are open to interpretation when applied in specific instances. Page 17, section l. a.

Policy Controls: These limit the range of decisions that can be made in the future, like land use policies that specifically designate future settlement or transportation patterns. These binding, sometimes restrictive policy controls often include use of the term” shall,” which, from a legal standpoint, means the policy is imperative or mandatory. Page 18, section 1. b.

The Ka`u CDP contains 150 policies. The enclosed chart depicts some of the 150 policies called into question by members of this Council and the public. The chart denotes the policy, page number where the policy is found, and whether that policy is binding or mandatory and which are considered “County Actions” and therefore not binding but hortatory in nature, requiring further legislative or administrative action.

B. Missler decision as it relates to the Ka` u CDP.

The Missler decision supports the Ka`u CDP in that it solidifies the effect of the “policy intent”, “policy control” and “county action” definitions. The Ka`u CDP is substantively different from the Kona CDP in that it will not automatically amend sections of the code upon adoption. Indeed, the Planning Department has repeatedly represented to this body that the process followed for the past 9 years was specifically designed to not replicate the circumstances that allowed the Kona CDP to amend existing County Code provisions.

Unlike the Kona CDP, the Ka`u CDP will not automatically amend sections of the code
upon adoption. Even Policy Controls 28 regarding the 1/4 mile shoreline setback does not amend the code because the current island-wide 40′ shoreline setback is a Planning Department rule, not a code requirement. Policy Controls 28 also provides the landowner an opportunity to submit information to the department to support a reduced setback. Finally, the County is authorized to require that shoreline setback lines be established at distances greater than 40′ through rules or ordinances, pursuant to Hawai`i Revised Statutes § 205A-45.

The County Council may adopt the Ka`u CDP (Bill 52) as written, without amendments. The Ka`u CDP is supported by the Missler decision and the County’ s General Plan. The Ka`u CDP does not automatically amend existing code provisions.

Should you have any questions, please contact me at the office. 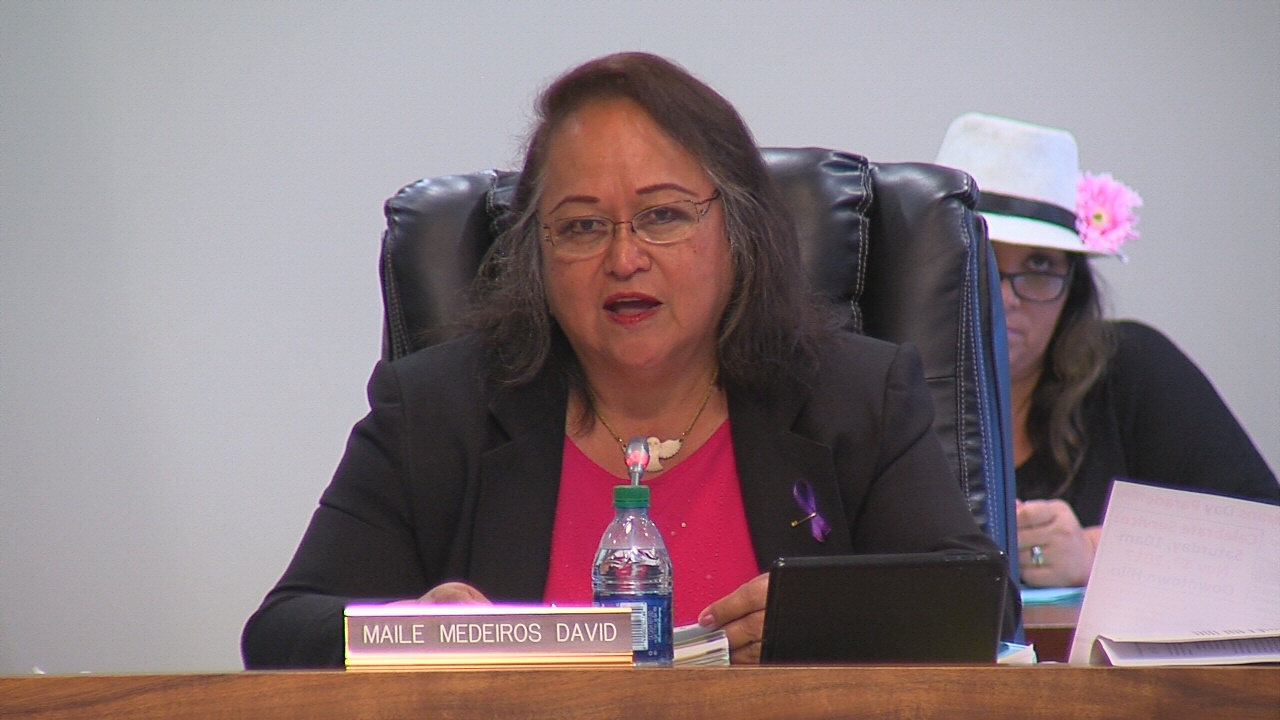 “Thank you again to the testifiers who have faithfully showed up,” Ka’u councilwoman Maile David said. “I think we have deliberated this (bill) to a degree that I’m still very much comfortable moving forward. I still believe strongly that this document in its current form needs no amendments at this time. I stand by that very strongly.”

The majority of the local lawmakers agreed with Ka’u councilwoman Maile David, and voted it through without any changes.