PUNA, Hawaii - A man was found down in his driveway with wounds to his head and chest on Wednesday afternoon. 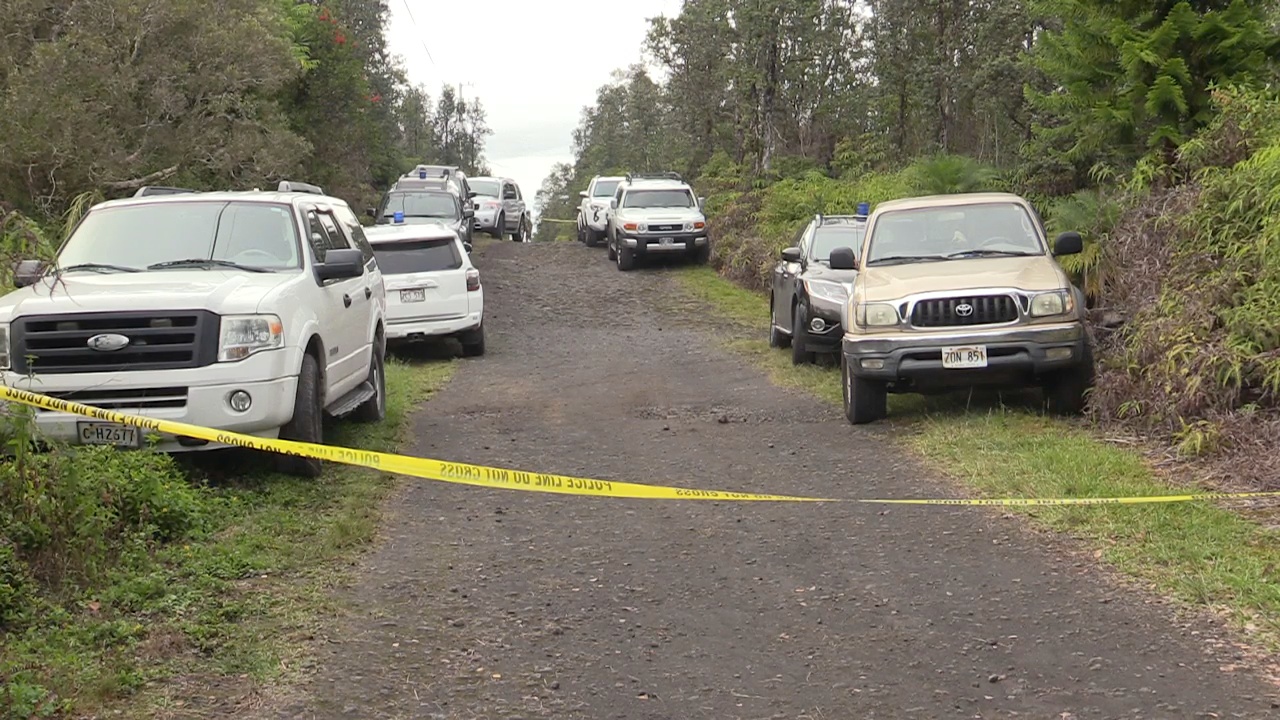 Area of the shooting, image from video by Daryl Lee.

(BIVN) – Hawaiʻi Island police are investigating a reported shooting incident Wednesday in Puna which resulted in a 63-year-old sustaining gunshot wounds to his chest and head.

At 3:05 p.m. on October 4, police responded to Road 5 in the Hawaiian Acres subdivision for a report of a man down in his driveway with wounds to his head and chest. The victim was transported to the Hilo Medical Center by Hawaiʻi Fire Department personnel and later flown to Queen’s Medical Center by air ambulance in serious condition, police say.

Passafiume took the victim’s wife shopping because his neighbor didn’t have a car, he told news videographer Daryl Lee. When they got home, he saw the victim passed out on the ground. He dropped the groceries he had been carrying and began to attend to his fallen neighbor.

“I got him to wake up, and I told him don’t move,” Passafiume said, “and I went back to the car and got my phone.”

Police say anyone who may have information about this incident, is asked to call the Police Department’s non-emergency line at (808) 935-3311 or Detective Dean Uyetake of the Area I Criminal Investigation Section at (808) 961-2379 or dean.uyetake@hawaiicounty.gov.

Tipsters who prefer to remain anonymous may call the islandwide Crime Stoppers number at (808) 961-8300 and may be eligible for a reward of up to $1,000.00. Crime Stoppers is a volunteer program run by ordinary citizens who want to keep their community safe. Crime Stoppers does not record calls or subscribe to any Caller ID service. All Crime Stoppers information is kept confidential.