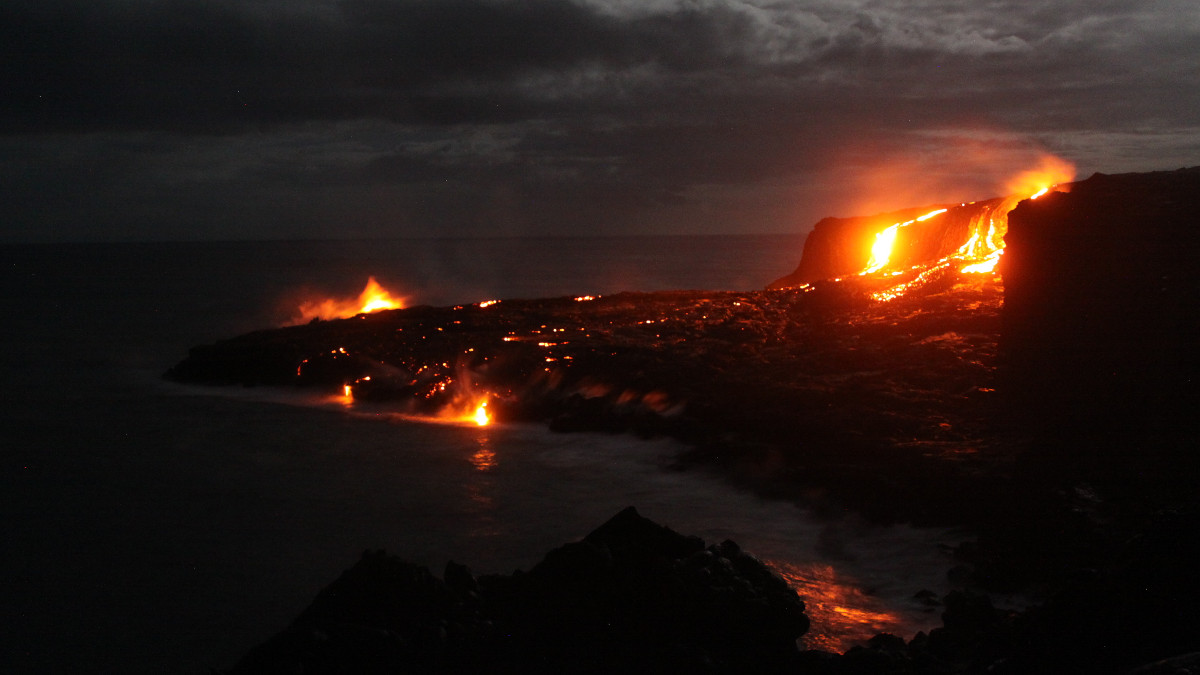 USGS PHOTO: Time-lapse image of multiple lava cascades on the sea cliff on October 4 at 3:31 am 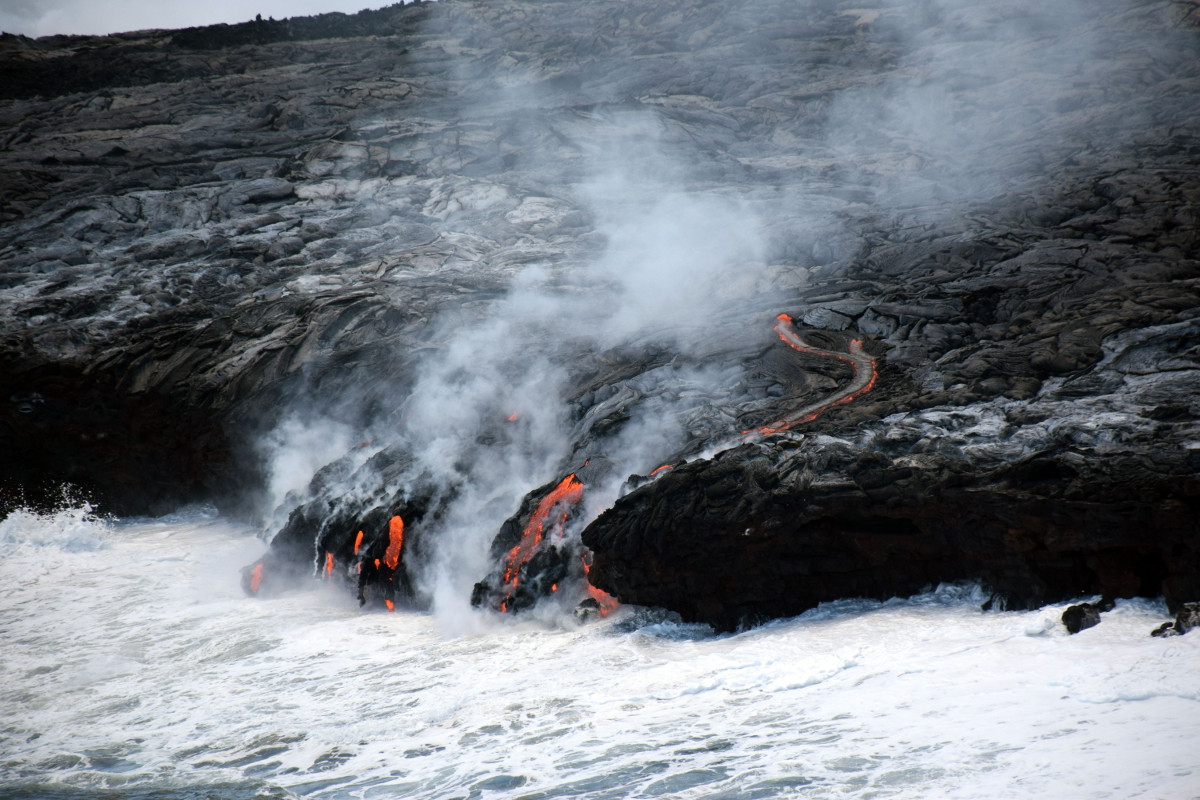 (USGS) Multiple pāhoehoe streams and drips entered the ocean on the east side of the delta on October 6..

(BIVN) – Over the past two weeks, there have been at least three breakouts within 330 ft. of the Kamokuna ocean entry, scientists report.

Taking advantage of Friday’s clear views of the delta (there were only weak plumes being produced by the few ocean entries), the USGS Hawaiian Volcano Observatory posted several photos of the ongoing activity at the ocean entry. They said the coastal breakouts are “putting on a show”.

(USGS) The western-most breakout (pictured above) had no visible surface breakouts on the cliff today (October 6), but was producing a nice cascading ‘a‘ā flow off the edge of the cliff and onto the delta. These lava cascades have been occurring often starting on October 1 just after 10:00 pm (HST), and consisted of both ‘a‘ā and pāhoehoe flows onto the delta.

Spectacular lava cascades down the cliff have been recorded on time-lapse cameras stationed around the ocean entry. 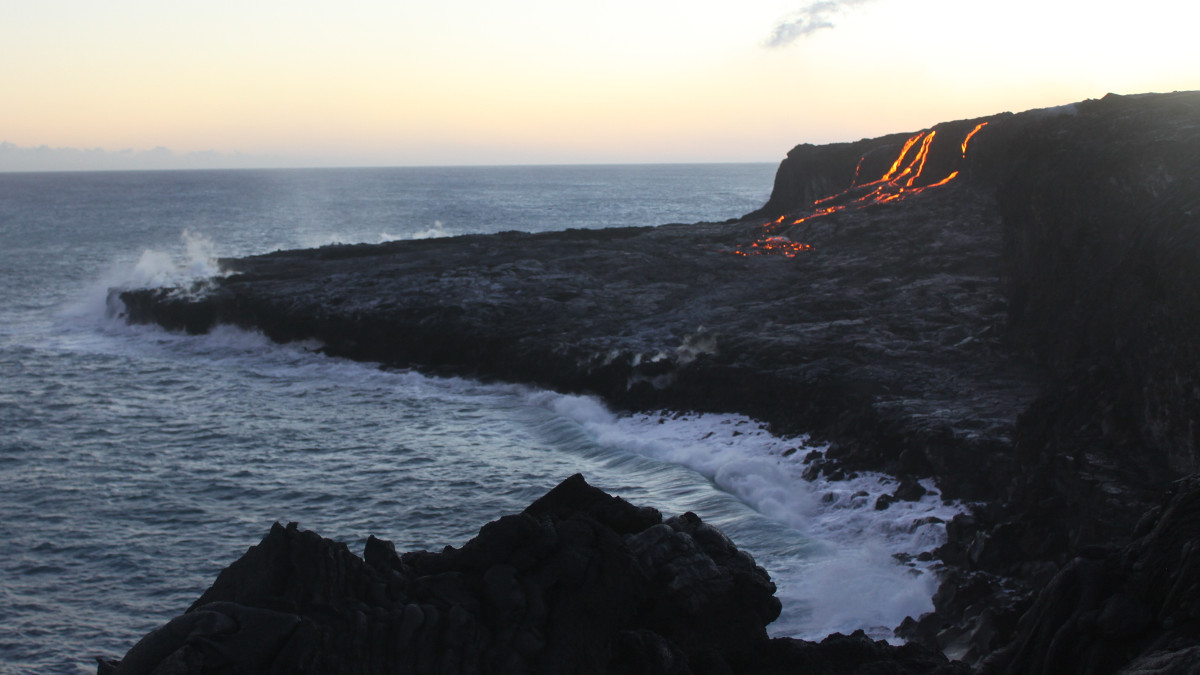 Time-lapse image taken on October 5 at 6:11 pm (HST), with the lava streams showing up nicely as the sun starts to go down.

Surface lava flows are also active on the upper portion of the 61g lava flow field and on the pali. The activity does not pose a threat to nearby communities at this time, USGS says. Meanwhile at Puʻu ʻŌʻō, the source of the 61g lava flow, low rates of surface deformations and low levels of seismic activity continue. 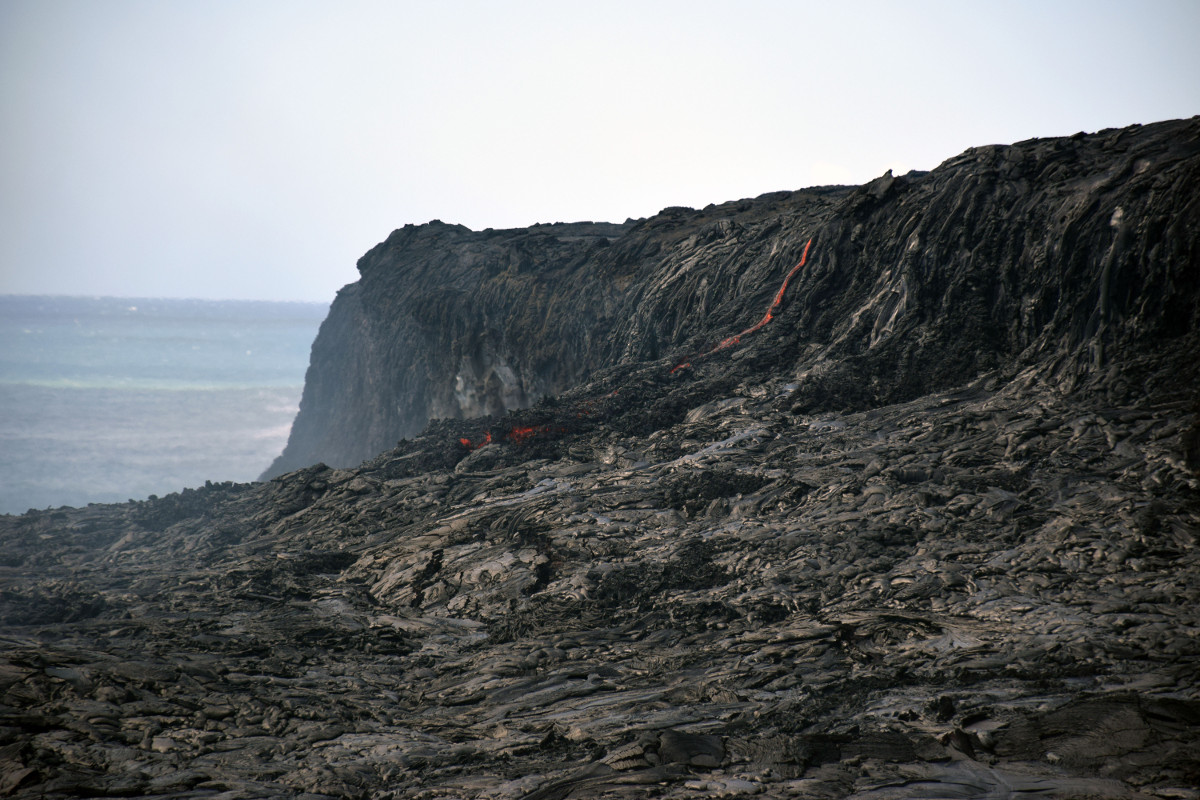 (USGS) A small channel flowing down the cliff to the delta creates an ‘a‘ā fan at its distal tip. Many lava falls over the past week have locally built up the height of the sea cliff and covered much of the blocky rigid cliff face.