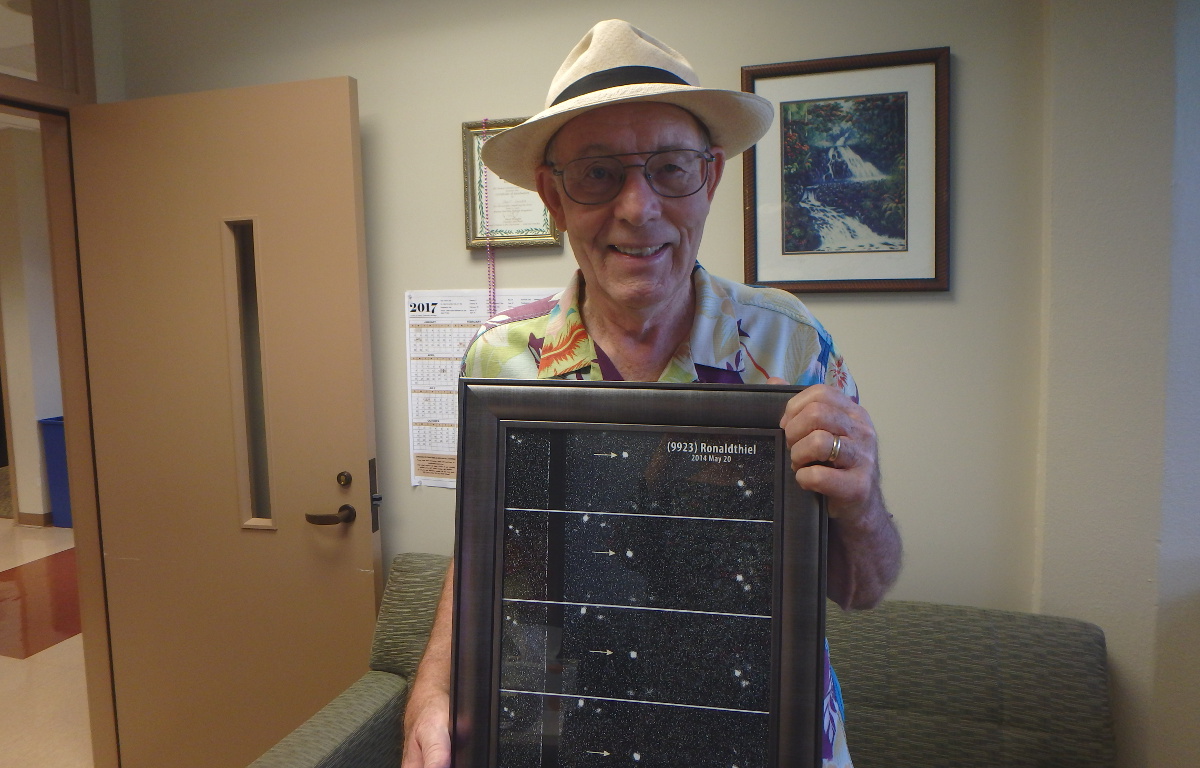 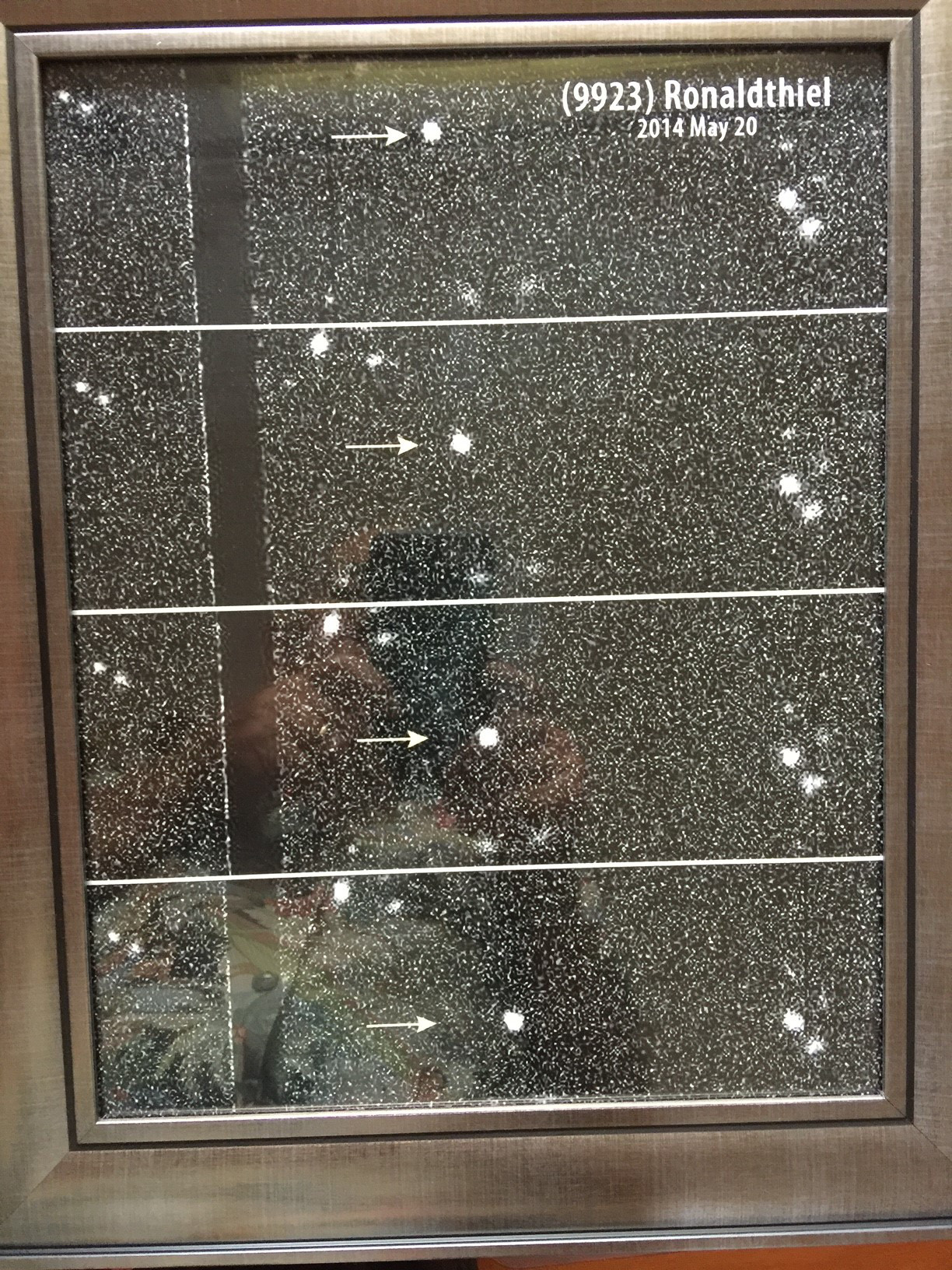 The asteroid, “9923 ronaldthiel”, courtesy the County of Hawaii.

An asteroid, 2.55 miles in diameter, has been named 9923 ronaldthiel, in honor of the county traffic engineer that has done so much to maintain the “dark skies” on Hawaii Island. The low-light environment is appreciated by astronomers using the observatories atop Mauna Kea.

The County issued this media release on Tuesday:

He also knows where lights are not helpful – when light pollution interferes with the work of astronomers and the lives of native wildlife. For Thiel’s work preserving “dark skies” in Hawaiʻi County, an asteroid was recently named in his honor – 9923 ronaldthiel.

The asteroid naming ceremony took place on September 28, 2017, presented by Dr. Richard Wainscoat of the University of Hawai’i at a meeting of the Mauna Kea User’s Committee in Hilo. The asteroid was first discovered by astronomer Bobby Bus on March 7, 1981, with an orbit of 1,723 days around the sun. It has a diameter of 2.55 miles.

Over the years, Thiel has doggedly pushed for innovation, sometimes going against the flow of traffic. Industry naysayers said it could not be done with Light-Emitting-Diode (LED) lamps, so he waited for technology to catch up, and he searched for the right manufacturer.

In 2009, the American Recovery and Reinvestment Act made it possible to take small steps with the purchase of the first LED street lamps. Subsequent County investments and a partnership with the State of Hawaiʻi resulted in the installation of 11,000 LED lamps on County and State roadways across Hawaiʻi Island. Hawaiʻi County, which is nearly the size of the state of Connecticut, became the first county in the nation to convert all of its street lights to LED lamps.

The LED lamps support the Island’s $58.4 million astronomy industry’s needs for dark skies. Island observatories scan the heavens to improve our understanding of the far reaches of space, including asteroids like the 9923 ronaldthiel.

The lamps use filters to remove the LED’s blue spectrum, resulting in improved visibility, safer roads, and reduced eye fatigue by cutting glare. The filtered lamps have also proven to be far less of an attraction for Hawaiʻi’s endemic threatened and endangered birds and bats. The highly-efficient lamps have also reduced electrical and maintenance costs by over 50 percent, so the new fittings, lamps and installation expenses will pay for themselves in five years. An added benefit is that the LED lamps have a life of 20 years. The low-pressure sodium bulbs they replaced typically lasted just over four years.