HILO, Hawaii - The probability of a nuclear attack is very low, civil defense admin Talmadge Magno says, but the state and county governments understand that they need to plan ahead. 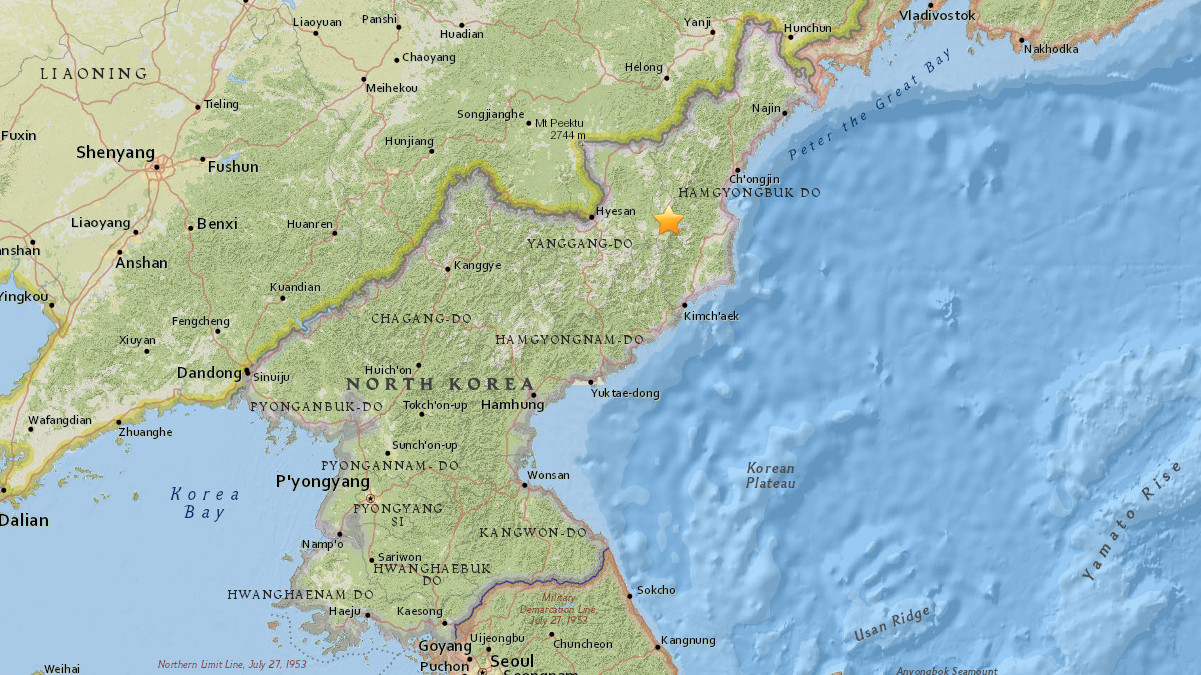 UPDATE (Oct. 12 at 11:30 p.m. HST) – With the Pacific region on edge, a normally minor magnitude 2.9 earthquake detected in North Korea just north of Sungjibaegam is getting some extra attention. From the United State Geological Survey Earthquake Hazards Program page this morning:

This event occurred in the area of the previous North Korean Nuclear tests. The event has earthquake-like characteristics, however, we cannot conclusively confirm at this time the nature (natural or human-made) of the event. The depth is poorly constrained and has been held to 5 km by the seismologist. The Air Force Technical Applications Center (AFTAC) is the sole organization in the U.S. federal government whose mission is to detect and report technical data from foreign nuclear explosions.

Following a DPRK foreign minister’s statement that U.S. President Donald Trump has “lit the wick of the war” against North Korea, Chief of Staff General John Kelly had this to say at Thursday’s Press Briefing in Washington when asked if the American people should be worried about a war:

“The American people should be concerned about a state that has developed a pretty good ICBM capability and is developing a pretty good nuclear reentry vehicle. I would believe — I think I speak for the administration — that that state simply cannot have the ability to reach the homeland and, for that matter — well, the homeland.

Right now, there’s great concern about a lot of Americans that live in Guam. Right now, we think the threat is manageable, but over time, if it grows beyond where it is today — well, let’s hope diplomacy works.”

(ORIGINAL STORY) – Hawaii County Civil Defense is working on emergency response protocols in the unlikely event of a nuclear attack, although details are scarce at the moment.

As rhetoric between American and North Korean leaders has increased tensions between the nations, there are growing concerns that the Kim Jong-un regime might follow through with its bellicose threat to launch missiles towards the U.S.

Hawaii, in the middle of the Pacific Ocean and home to a large military presence, seems like it could be a target. The Democratic People’s Republic of Korea has stated as much in a few of its many provocative video messages.

The Hawaii Emergency Management Agency is taking the possibility of such an event seriously enough to make plans. On September 21, emergency officials made a presentation to state legislators on contingencies and planned responses in the event a bomb is dropped.

During the presentation, HI-EMA administrator Vern Miyagi said Honolulu would be the most likely target however an impact on a neighbor island cannot be ruled out.

On the Big Island, Hawaii County Civil Defense administrator Talmadge Magno told Sherry Bracken during a recent interview that “because of the state we’re in right now” the county and the state emergency agencies are in contact – on the phone or by email – almost daily.

“What have they told you about what would actually happen,” Bracken asked Magno, “were North Korea to drop an atomic bomb on Oahu, if they chose to do that – which everybody, all the experts, say is highly unlikely?”

“The probability is very low that any of this will happen,” Magno said, “but the government emergency management understands that we need to plan ahead. We need to do something, put some plans in place, in case it happens. So, we’re in the process of putting that together, along with State Emergency Management. They’ll be coming out with some public service announcements, and we’ll be doing some briefings to different organizations and coming out to the public shortly.”

Civil Defense is also working on a new “attack” siren tone that will be different from the sound of the tsunami siren that residents on the island know so well. The new siren tone is planned to come out by December 1st, Magno said.