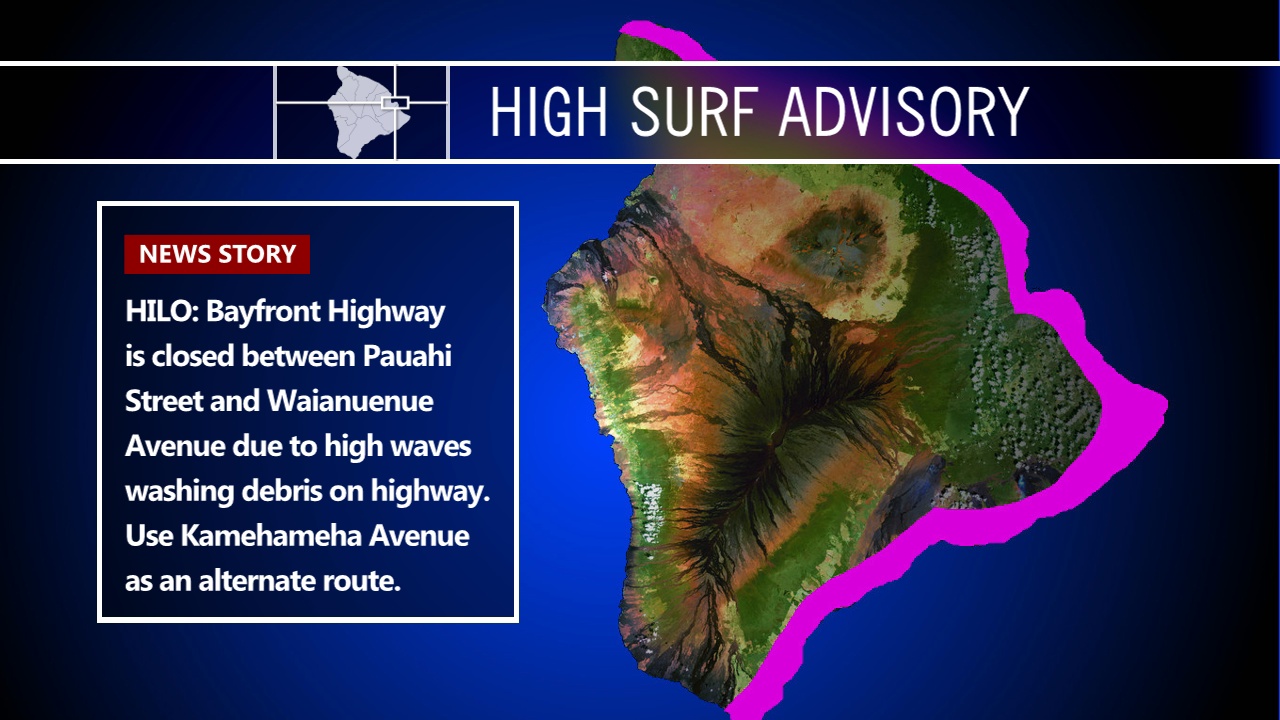 
(BIVN) – A High Surf Advisory is now in effect for east facing shores of Hawaii Island.

“An assessment will be made in the morning by Civil Defense on the status of the closure,” a Nixle alert stated. “Use Kamehameha Avenue as an alternate route.”

Surf heights along east facing shores will build from 6 to 10 feet tonight and Saturday, increasing to 8 to 12 feet Sunday through Tuesday, the National Weather Service says. V

Strong trade winds will produce “rough and choppy surf along the east facing shores through at least Tuesday of next week,” forecasters say. “Surf is expected to drop below advisory levels by the latter half of the week when the winds finally weaken.”

In an earlier civil defense message, emergency officials said “oceanfront residents and beachgoers along the affected shores are advised to be on the alert for possible high and dangerous surf as well as exercise caution due to the unpredictability of huge swells.”

“As a precaution, boat owners and oceanfront residents should take action to secure their property,” civil defense said.