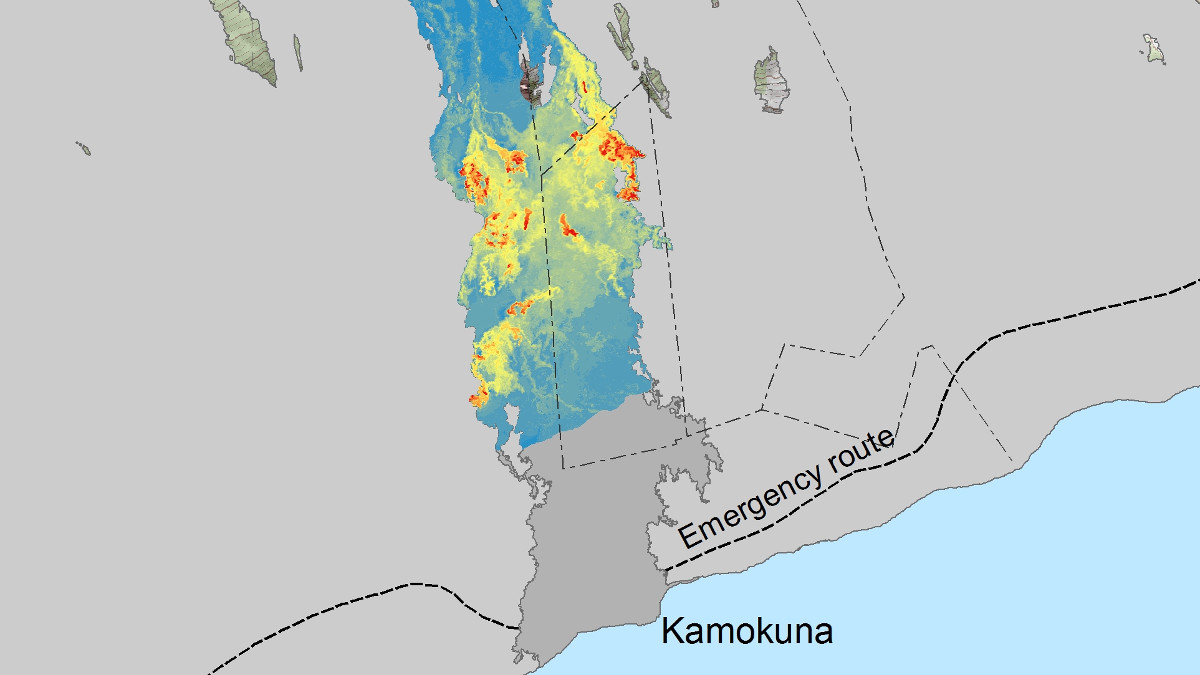 Inset of map produced by the USGS Hawaiian Volcano Observatory 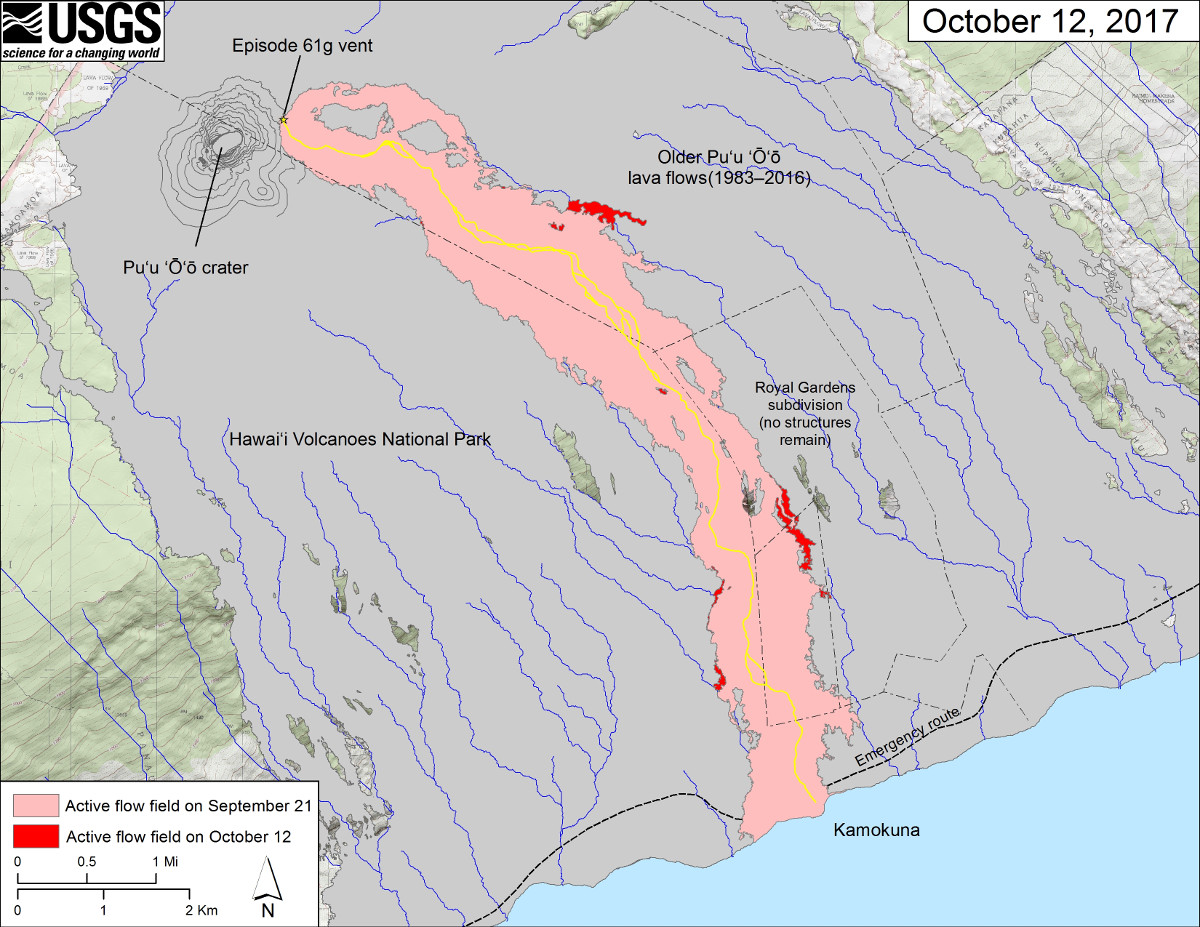 The second map is similar to the map above, scientists say, but shows a thermal map over the Episode 61g lava flow. “Cooler colors (blue and green) show cooled, inactive portions of the flow surface. Hot colors (red and orange) show areas of active surface breakouts,” the USGS caption states. “Areas of the Episode 61g flow not covered by the thermal map – because of clouds, rain, or incomplete image coverage – are shown as dark gray.” 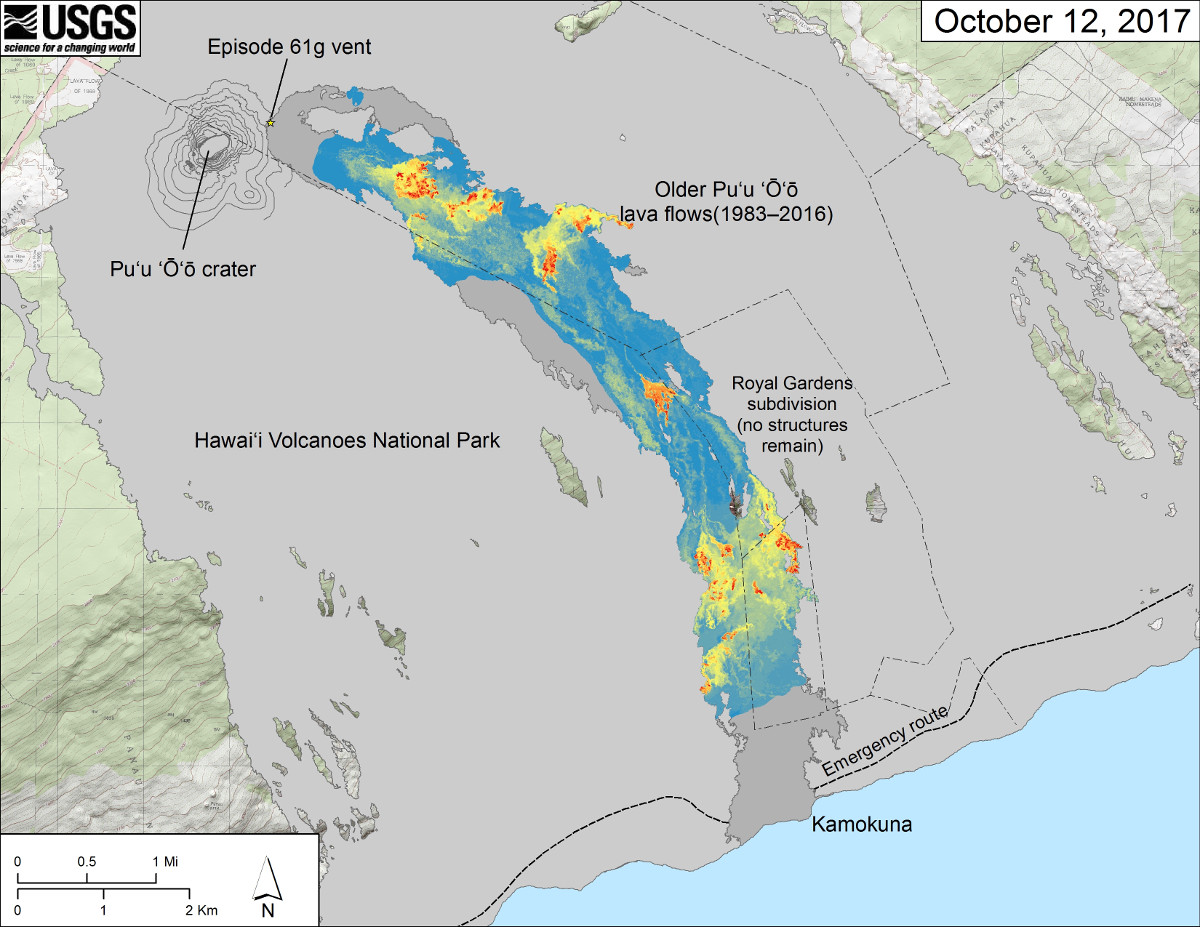 Lava from the episode 61g flow continues to enter the ocean at Kamokuna. Webcam views show continued surface flow activity on the upper portion of the flow field, southeast of Puʻu ʻŌʻō and on the coastal plain, as well as renewed surface flow activity on the pali. A plume was consistently present at the ocean entry yesterday, during daylight hours when it is detectable on webcam images, indicating continuing activity. Intermittent lava flows over the cliff and onto the lava delta (“lavafalls”) have been reported on the western side of the ocean entry. Recent activity has built up the height of the lava delta and covered over several large cracks, which previously had been visible on the surface. The episode 61g flows do not pose a threat to nearby communities at this time.

These lava flows pose no threat to nearby communities at this time.