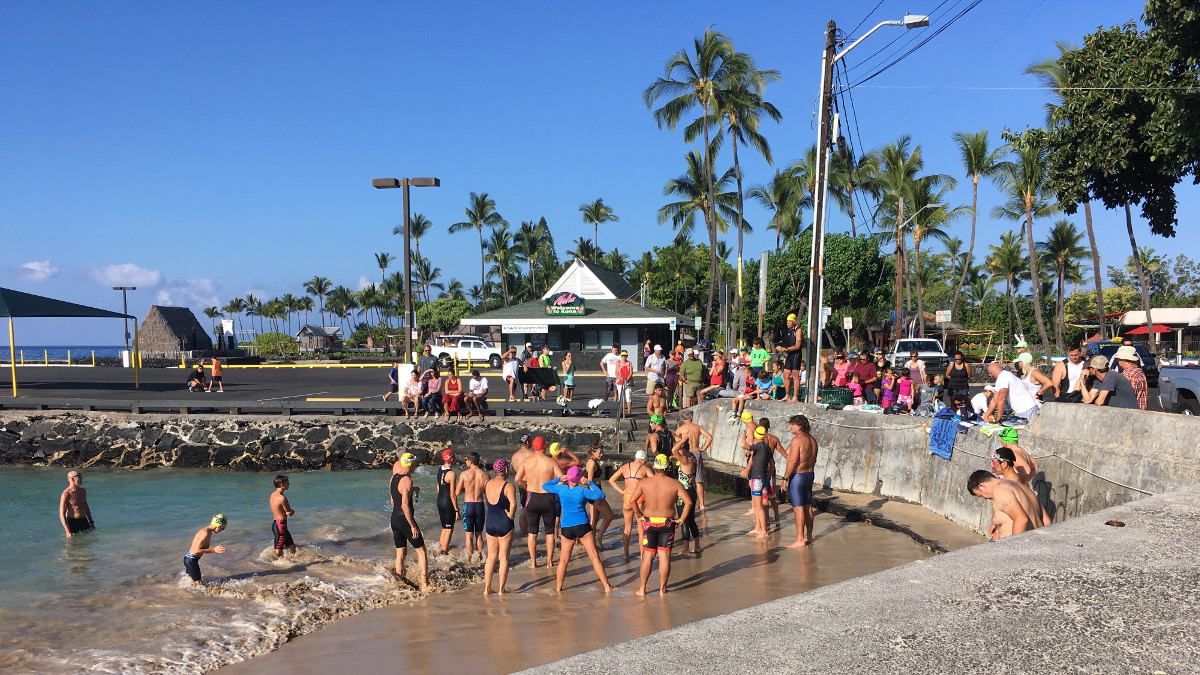 HONOLULU - The Board of Land and Natural Resources voted to dismiss the fine against Kona resident Sean Pagett, who was in hot water for organizing alleged "unpermitted fitness swimming events in Kailua Bay."

(BIVN) – Peaman event organizer Sean Pagett is off the hook for a $10,000 administrative fine in connection with organizing “unpermitted fitness swimming events in Kailua Bay”, the Department of Land and Natural Resources (DLNR) announced on Friday, following a land board meeting in which the two sides reached an agreement.

According to state officials, the Board of Land and Natural Resources voted to dismiss the fine after receiving assurances that Pagett “will apply for a DOBOR permit, including obtaining required insurance coverage, for all future marine events he plans.”

The Board also voted to confirm that the DLNR Division of Boating and Ocean Recreation (DOBOR) rules do authorize the boating division to require and issue permits for marine events, including swim races. “Permits help DOBOR, the U.S. Coast Guard and ocean safety agencies to keep track of people and boats in the water, prevent potential conflicts and hazards to life and indemnify the state if there should be an accident. Unless there are consequences for violating state statutes and administrative rules, people do not have an incentive to abide by our rules and directions which are necessary for public safety,” DOBOR Administrator Ed Underwood said in a media release.

In craftiong the agreement, Pagett had some help from a noteworthy counsel: triathlon enthusiast and former Hawaii County Mayor Billy Kenoi.

The shared goal is safety for all, Underwood said. “Kona is known for its land and ocean fitness events which draw hundreds of participants of all ages. We know they are popular and we support this activity. However, any event which places people onto land or in ocean areas where there is potential conflict with vehicles or vessels needs to be responsibly coordinated with appropriate agencies to be sure no one gets hurt or worse.”

A criminal complaint against Pagett was dismissed with prejudice by District Court Judge Margaret Masunaga on March 13. Pagett, in turn, sued the state, seeking a declaratory judgment that “DOBOR’s application of an administrative rule, HAR 13-244-19, to cover swimming events was invalid because DLNR was not authorized to promulgate rules governing swimming events,” the Attorney General’s office said.

In August 2017, the state circuit court Judge Melvin H. Fujino granted the State of Hawaii’s motion to dismiss the lawsuit, ruling that the plaintiffs cannot file suit directly in the circuit court challenging the application of a rule. Instead, the plaintiffs can only challenge the underlying validity of a rule, which the court held Pagett failed to do, according to the AG. 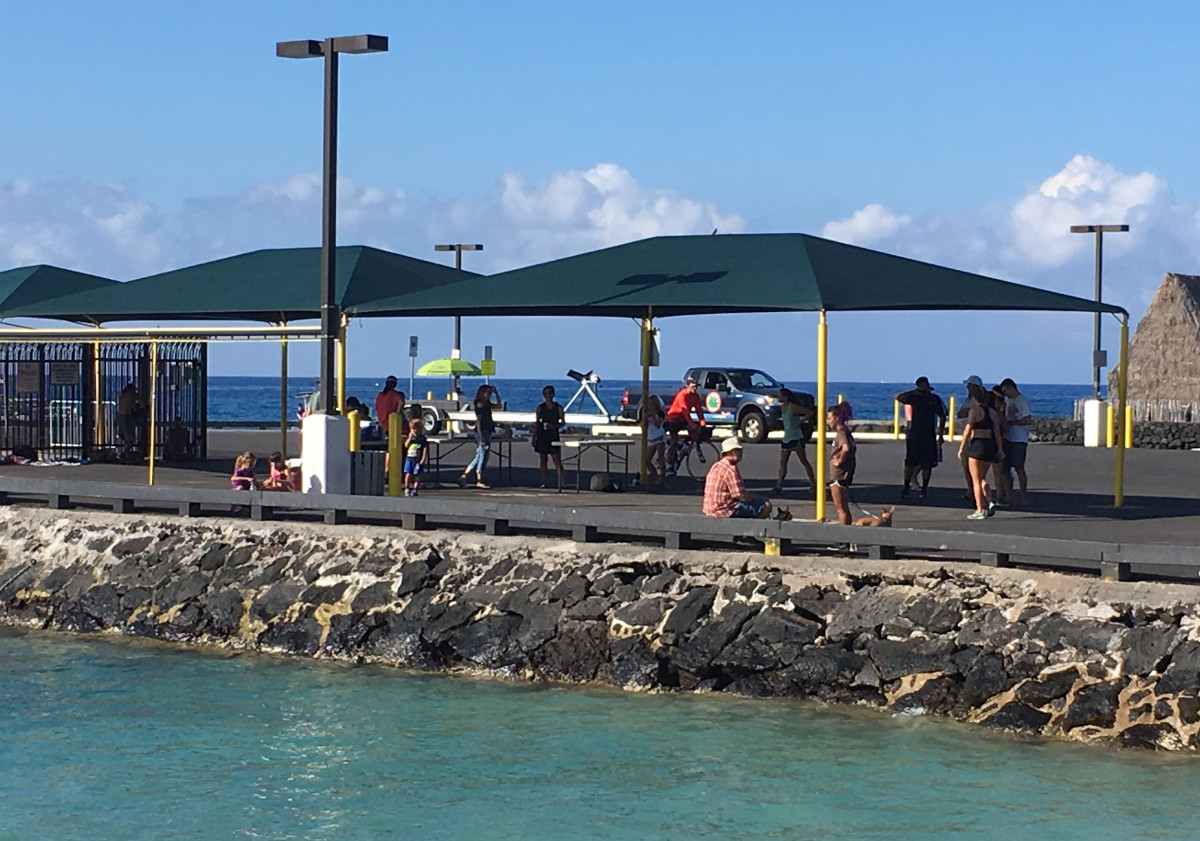 The situation was detailed by the DLNR in a media release:

According to Underwood, “Mr. Pagett was aware that a permit was needed to hold these events but continued to hold them without a permit. Both DOBOR staff and our Deputy Attorneys General reached out to him, through his attorney, and offered that there would not be any enforcement action, as long as he agreed to obtain permits for future events. He declined our previous offer. We tried to work with him but had no choice but to bring an enforcement action to ensure he follows the law same as everyone and same as for all other marine events. We look forward to working with him on the permitting process.”

DOBOR officials said that Sean Pagett (also known as “Peaman”) formerly obtained permits but stopped when the insurance requirement changed. He has staged 350 events over the years that have included running, bicycling, swimming, or a combination of each in which there are 70-120 participants per event. Events involving swimming have typically been staged from, or around the Kailua-Kona pier, and swim portions of events take place within the adjacent designated Ocean Recreation Management Area (ORMA). The swim zone is marked by lines and buoys, to keep swimmers out of restricted areas around the pier used by boats.

In late 2016, DOBOR staff and DLNR Division of Conservation and Resource Enforcement (DOCARE) officers advised Pagett that a Nov. 27, 2016 swim-run race event was held without a marine event permit, using the swim zone at Kailua Pier, an administrative rule violation. The same morning a cruise ship moored offshore was ferrying 2000 passengers into the pier by tender, posing a potential safety hazard.

On December 12, 2016, officials met with Pagett and his attorney to discuss his events and ways to comply with permitting requirements. Pagett claimed the rule did not apply to his events since no fee was charged, participants did not have to register, and no prizes were awarded. He claimed participants were “a group of friends who gather to do timed events.” He was warned that continuing to hold events without a permit would be a violation of state rules and subject to citation and fines.

Then on December 25, 2016, Pagett held the “Peaman Birthday Bonanza” which involved a ½ mile swim and 3.9 mile run/walk race. He did not apply for a marine event permit from DOBOR, and no permit was issued to him. He was cited by DOCARE officers.