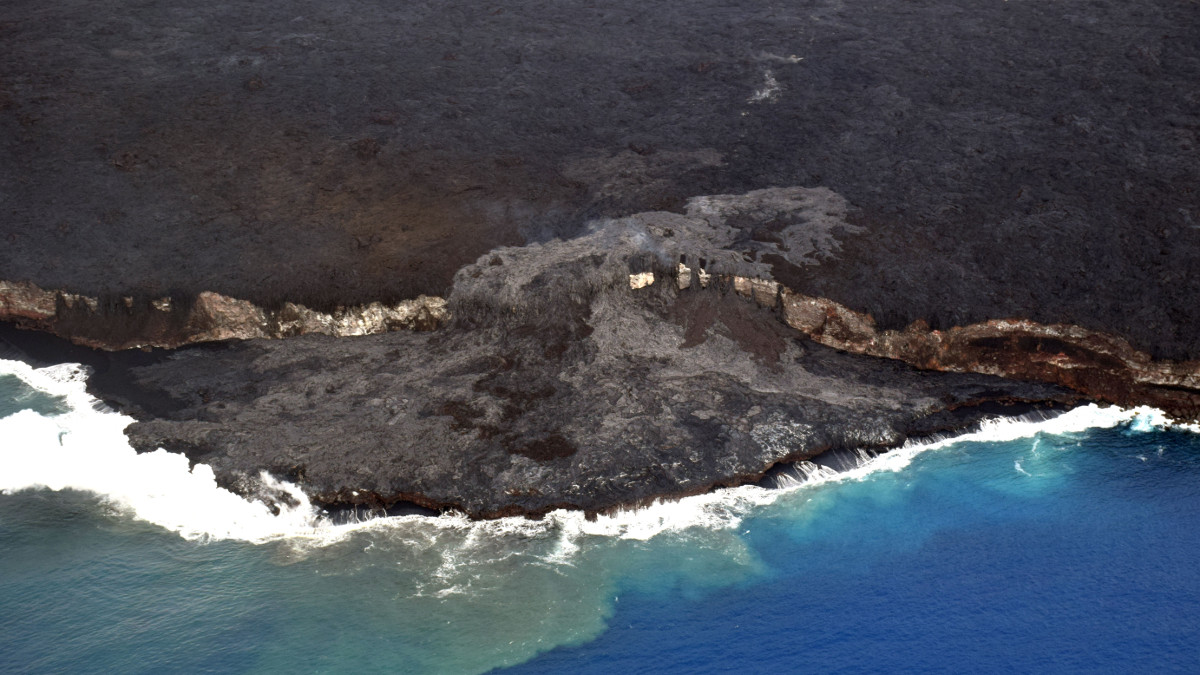 HAWAII VOLCANOES NATIONAL PARK - Recent activity has built up the height of the lava delta and covered over several large cracks, which previously had been visible on the surface. 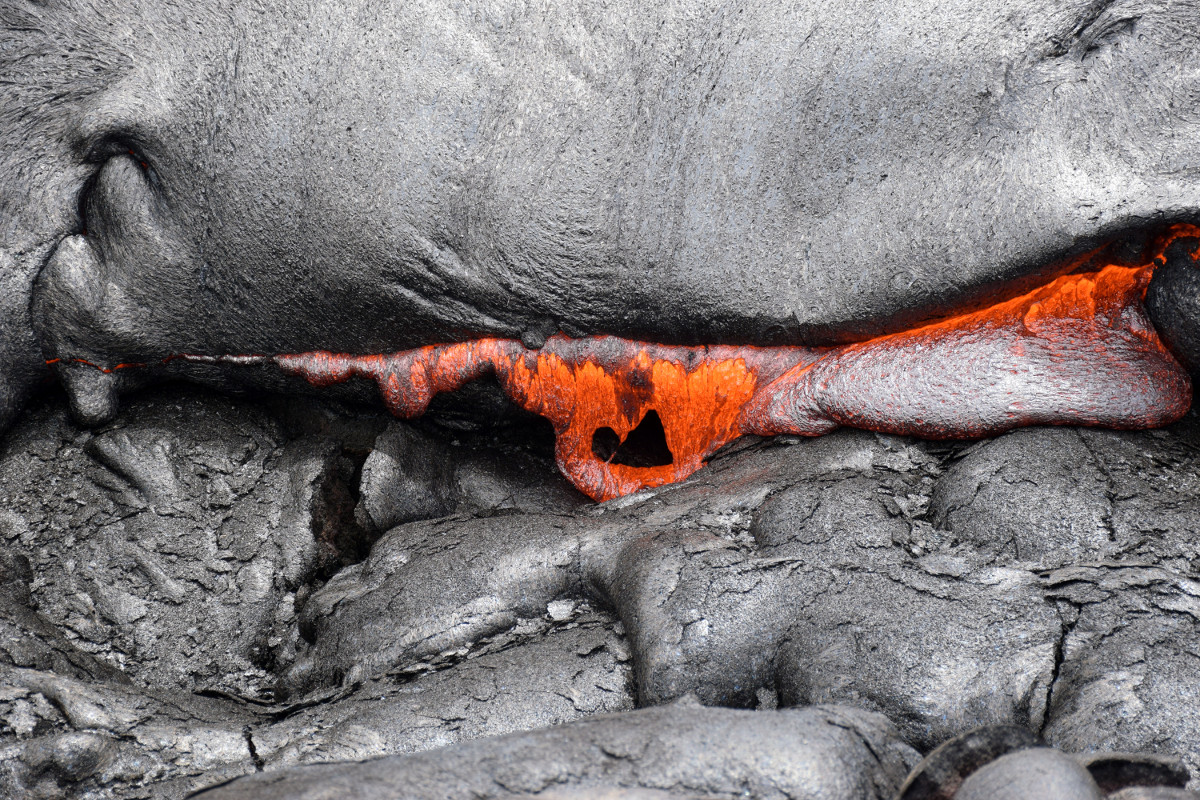 (USGS) Scattered breakouts today (October 13) on the western 61g flow margin were mapped at 1.3 km (0.8 mi) from the closest portion of the emergency road. The small pāhoehoe breakouts put on a show as they slowly oozed out of growing cracks that were forced open by flow inflation.

(BIVN) – Lava from the Kilauea volcano’s episode 61g flow continues to enter the ocean at Kamokuna, scientists say, and intermittent lava flows over the cliff and onto the lava delta, or “lavafalls”, have been reported.

Recent breakouts near the edge of the cliff have been spilling onto the lava delta for the past few weeks, resurfacing almost the entire area of the delta.

Today (October 12), the Kamokuna lava delta was measured at roughly 11 acres (4.5 hectares) in size. Over the past two months, several lava tube breakouts on the sea cliff have spilled lava onto the delta. On the delta, ‘A‘ā (darker color) and pāhoehoe (lighter color) flows have resurfaced much of the area in the past few weeks, covering the many surface cracks noted in previous photos. Although the cracks are no longer visible, subsurface cracks still remain, as does the hazard of delta instability. The area directly upslope of the ocean entry is hazardous as well, with ground fracturing and lava tube breakouts occurring over the past few months. 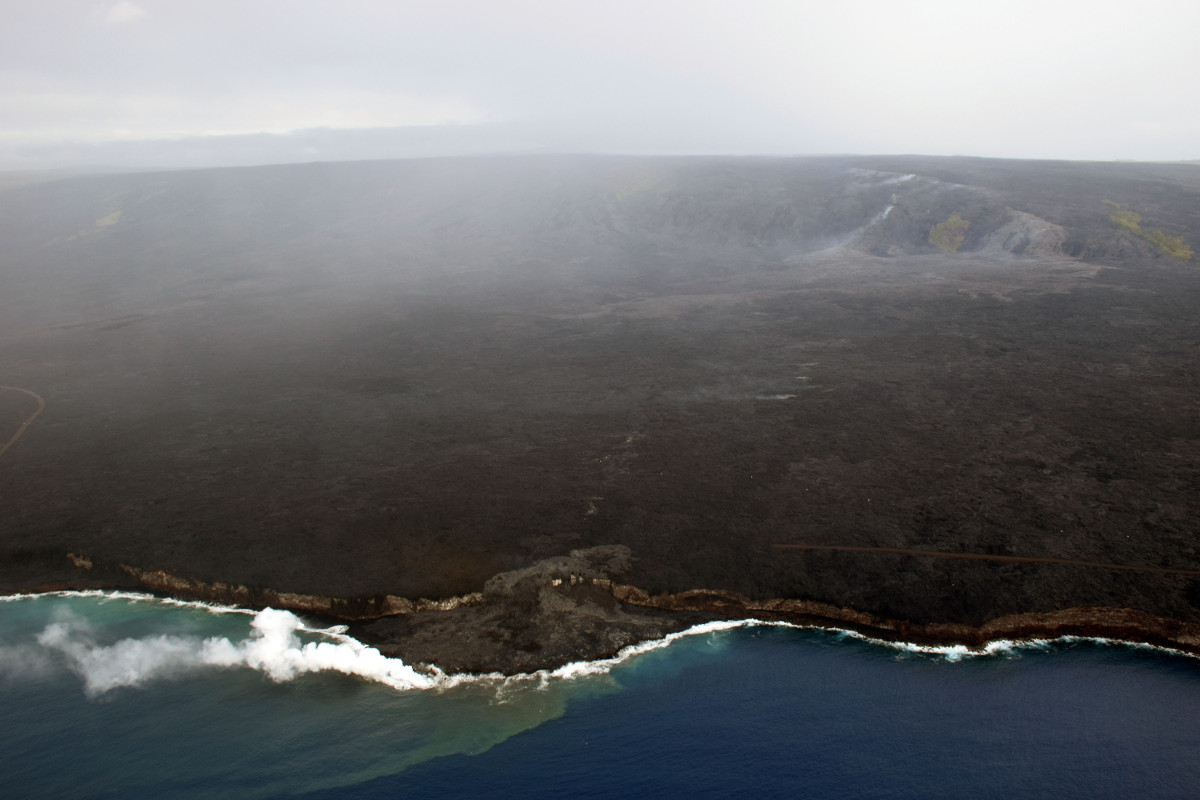 (USGS) Surface breakouts (light in color) remain active on the upper coastal plain. These breakouts are fed by both the main eastern tube—left of the kipuka and below the tube’s fume trace on the pali—and from the eastern June 26 breakout branch, visible to the right of the kipuka. The leading edge of the coastal plain breakouts is on the western (left) flow margin and is approximately 1.3 km (0.8 mi) from the closest section of the emergency road. 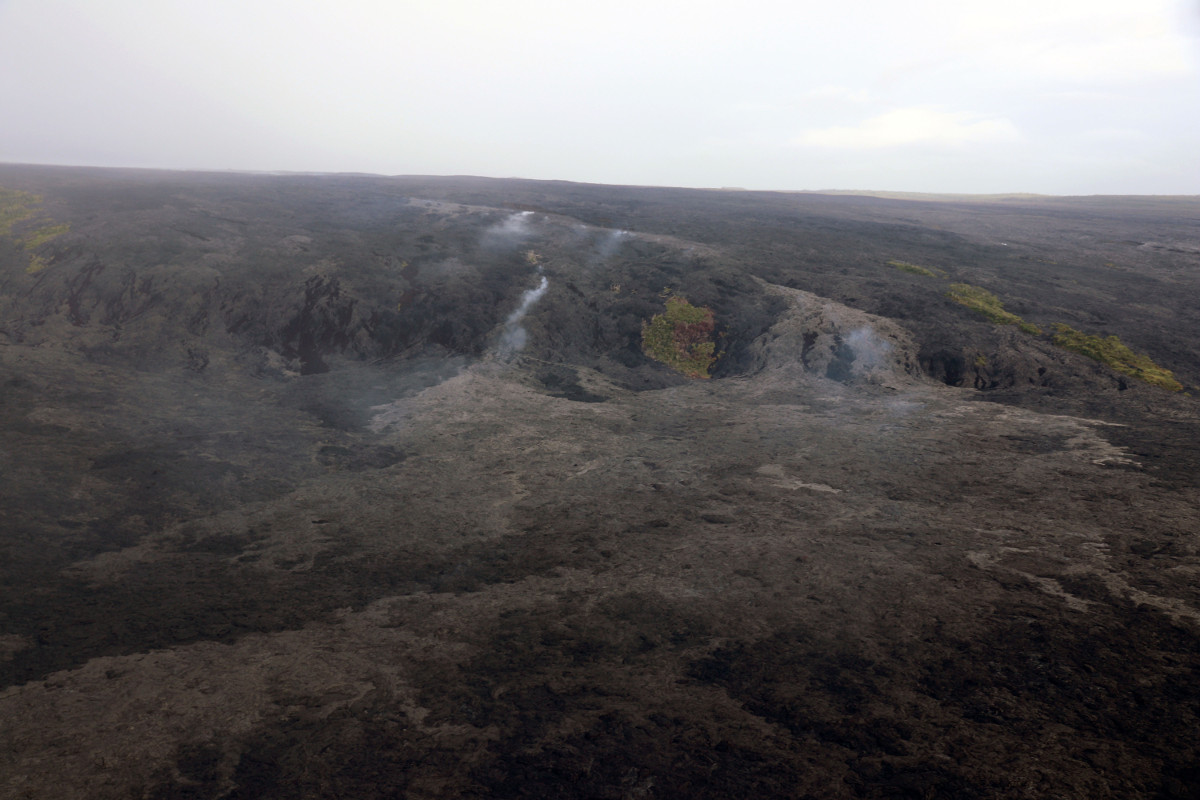 (USGS) The majority of the active surface flows on the coastal plain are being fed by the June 26 breakout branch on the eastern margin of the flow field (right). A smaller area of active lava in the upper western flow field (left) is being fed from a breakout of the main 61g lava tube near the base of the pali.

The 61g lava flow issues forth from the Puʻu ʻŌʻō vent on the East Rift Zone of the volcano, where low rates of ground deformation and low levels of seismic activity continue.

HVO geologists recently had to relocate a time-lapse camera on the rim of the west pit lava pond in the Pu‘u ‘Ō‘ō crater. Over the past several months, the camera has been slowly tilting downward due to soft, altered ground beneath it, and the general instability of the rim. The new camera location is 20 yards to the south, scientists say, and appears to be more stable and less altered. 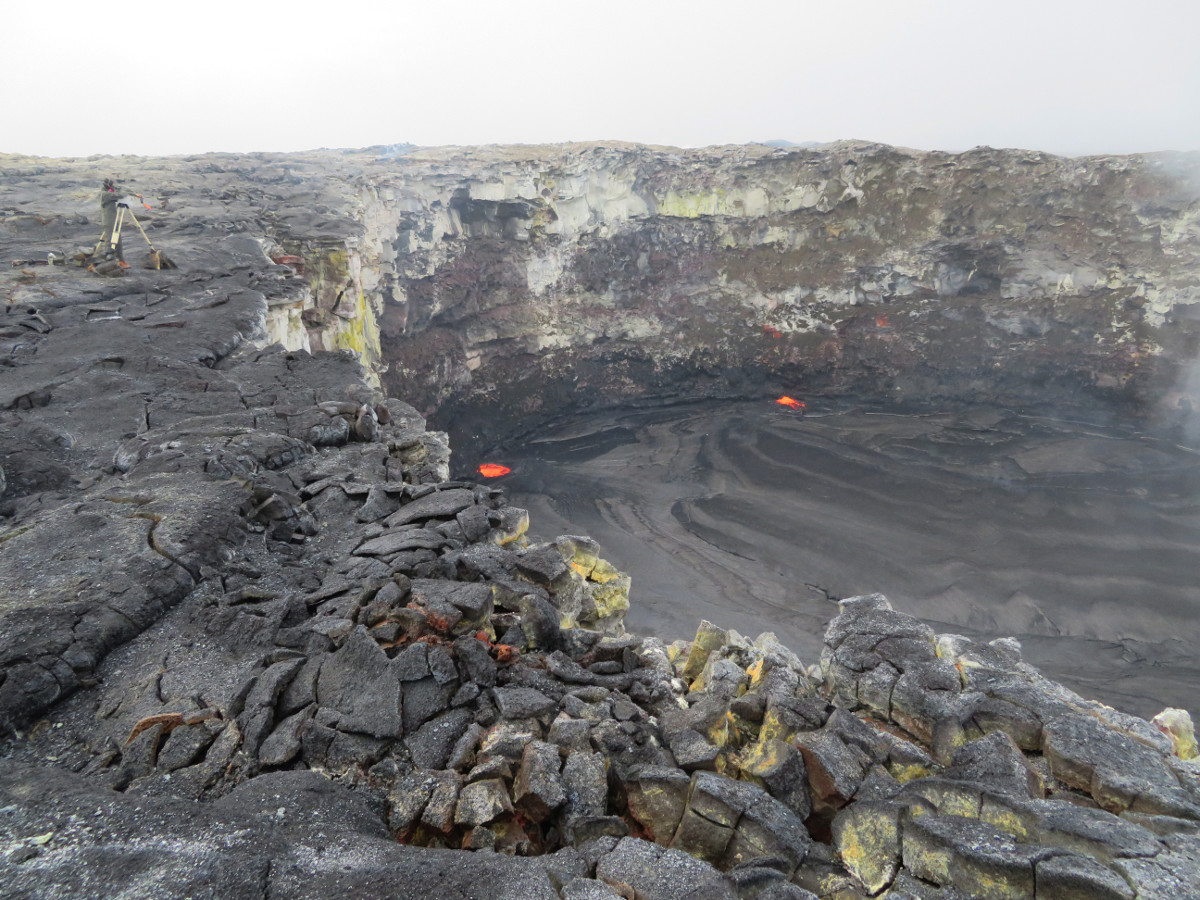 (USGS) Weak spattering was visible in the west pit lava pond (at the incandescent area near the center of the image) on October 12.

These lava flows pose no threat to nearby communities at this time, scientists say.