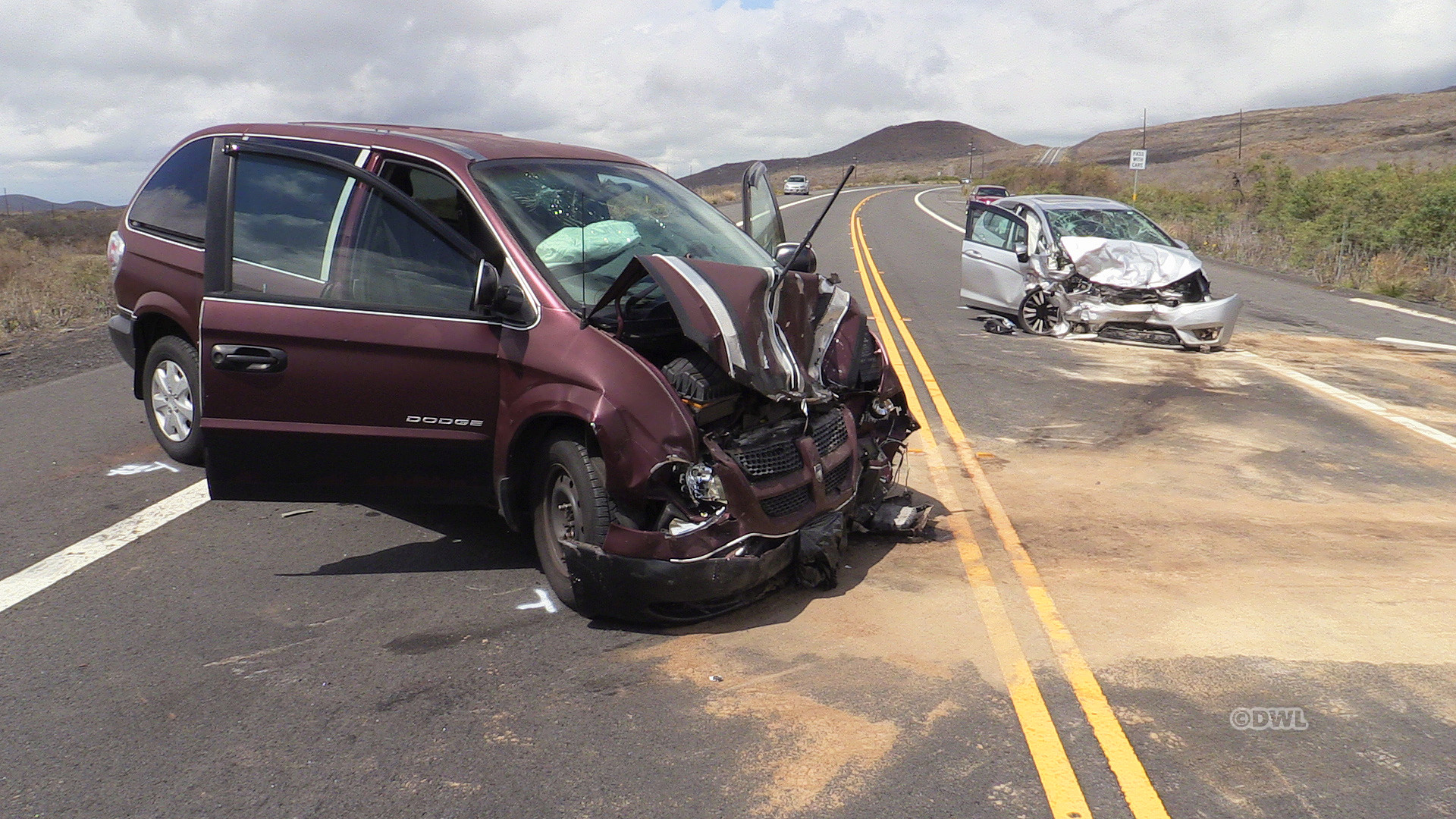 UPDATE (8:25 a.m. on Oct. 17) – Police have identified the man who died from injuries sustained in the 2-vehicle crash Saturday as 49-year-old Napoleon Higuera of Hilo.

(BIVN) – One person died and another is in critical condition following Saturday’s head-on vehicle crash on Saddle Road.

Police say 49-year old Hilo man died following the crash, which occurred near the 38-mile marker of the cross island road, also known as the Daniel K. Inouye Highway in the district of Hāmākua. The man’s name is being withheld pending positive identification and notification of his family, police say.

Responding to a 7:21 a.m. call, police determined that a 2001 Dodge Caravan was traveling westbound on the Daniel K. Inouye Highway (Saddle Road), near the 38-mile marker when he was overtaking vehicles and struck a 2015 Honda Fit that was traveling eastbound. The man who died was taken to the North Hawaii Community Hospital where he was pronounced dead at 8:42 a.m.

The driver of the Honda, a 36-year old female of Mountain View, was also transported to the North Hawaii Community Hospital for her injuries and was listed in critical condition.

Police do not believe that drugs or alcohol were factors in this crash.

Police say this is the 27th traffic fatality this year compared with 23 at this time last year.