HAWAII VOLCANOES NATIONAL PARK - The intermittent spectacle of "lava falls" onto the delta at the Kamokuna ocean entry was caught on camera by Lava Ocean Tours. 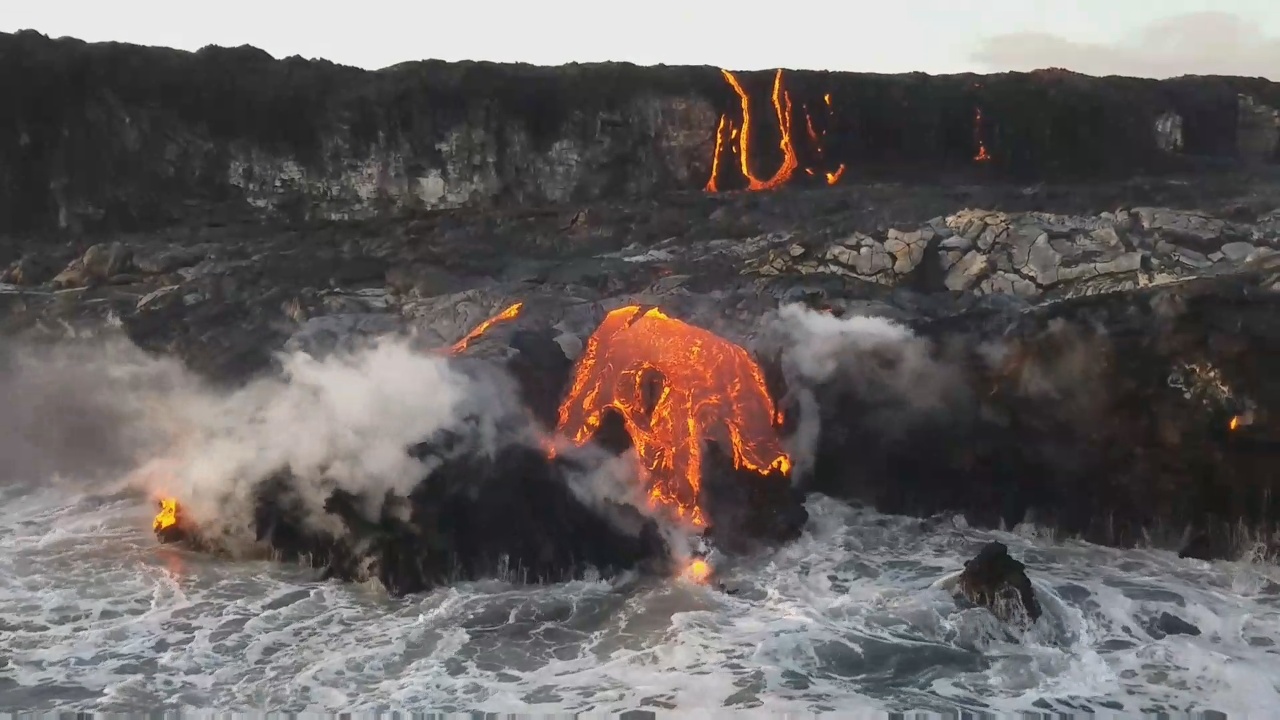 (BIVN) – The off-and-on “lava falls” returned to the ocean entry on Thursday evening, and was caught on camera by a passing lava tour boat.

Shane Turpin of Lava Ocean Tours shared the video of the “spectacular sizzling sunset lava show, with lava coming over the cliff again” after the trip to the Kamokuna delta, where the lava from the 61g flow enters the Pacific Ocean.

Earlier this month, the USGS Hawaiian Volcano Observatory reported numerous lava breakouts within 330 feet of the Kamokuna ocean entry. Some produced a “nice cascading ‘a‘ā flow off the edge of the cliff and onto the delta.” These lava cascades have been occurring often starting on October 1 just after 10:00 pm (HST), and consisted of both ‘a‘ā and pāhoehoe flows onto the delta, scientists say. 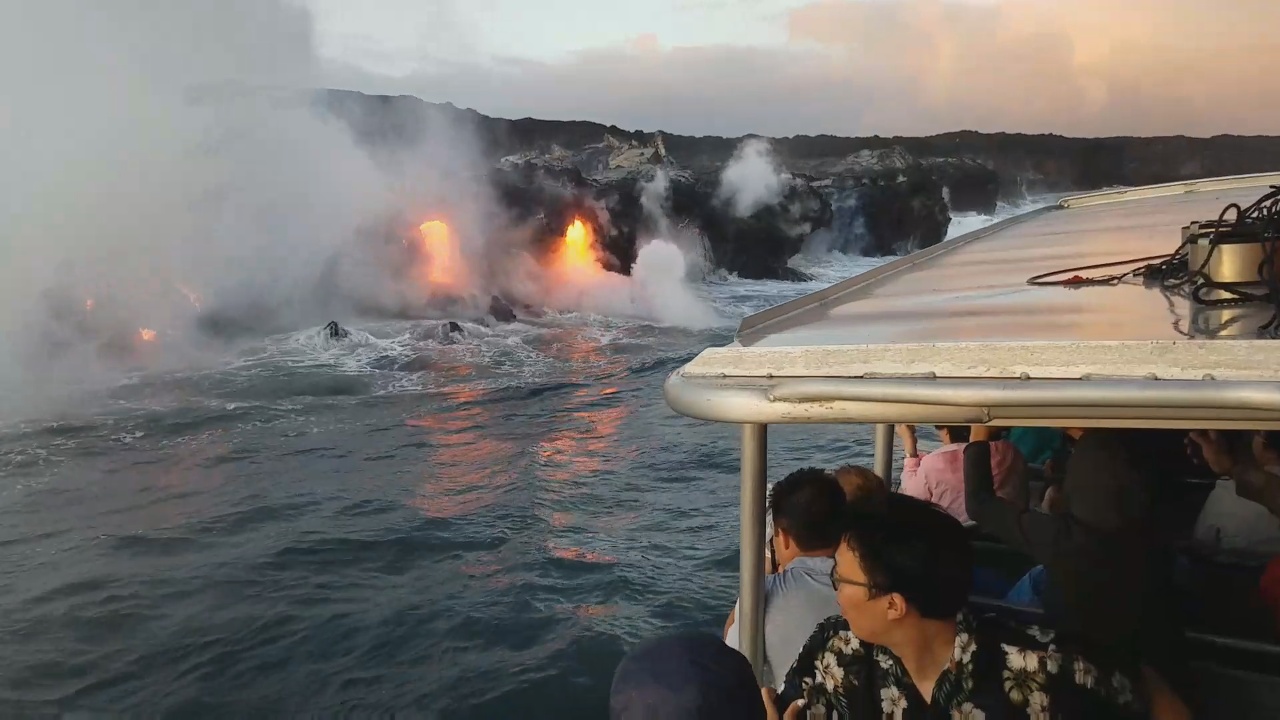