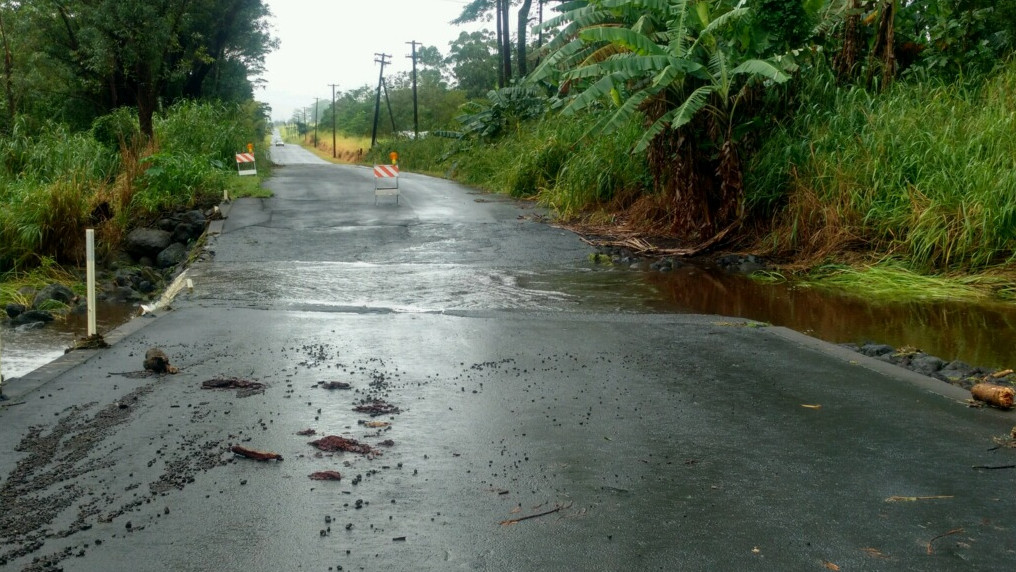 Heavy showers and thunderstorms associated with a slow moving cold front over the Big Island could still result in flash flooding, forecasters say.

Numerous roads were closed around the island Tuesday, but as of this evening, roads in Ka’u got the all clear from police.

Both Wood Valley Road in Pahala, as well as Highway 11 by the 50 mm and Kawa, were open for traffic. Police even snapped a few photos to share on the Nixle alert system. 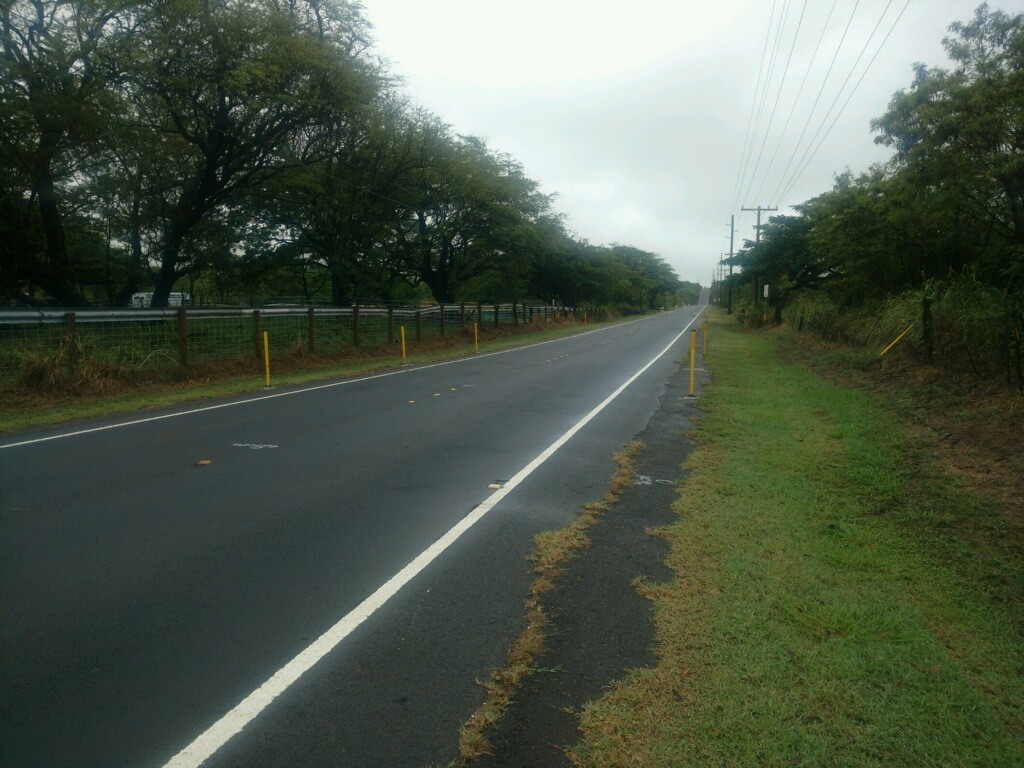 HELCO says that as of early Tuesday afternoon, about 250 customers are without power in Kailua-Kona, lower Puna, Volcano, Ka‘u, and along the Hāmākua Coast. Road closures caused by fallen trees and flooding have delayed restoration efforts in Hawaiian Acres, Ka‘u and Wood Valley.

“We would like to thank the community for their patience as we work to safely restore power as quickly as possible,” said Hawai‘i Electric Light spokesperson Rhea Lee-Moku. “The safety of our employees and the community is our top priority. Crews will continue with restoration efforts unless weather conditions become hazardous or unsafe.”

A Brown Water Advisory was issued for the waters around the Big Island due to heavy rains. The Department of Health advised the public to “stay out of flood waters and storm water runoff due to possible overflowing cesspools, sewer manholes, pesticides, animal fecal matter, dead animals, pathogens, chemicals, and associated flood debris.”

“Not all coastal areas may be impacted by runoff, however, if the water is brown, stay out and continue to practice good personal hygiene,” health officials said. “Follow up with your primary care physician if you have any health concerns.”

The County of Hawaii announced that the Mass Transit Agency’s Master Plan meeting scheduled for Tuesday night in Hilo has been postponed due to the inclement weather. The Kalapana Lava Viewing Area has also been closed for the night.

A High Wind Warning remains in effect for the summits of Mauna Kea and Mauna Loa, with southwest winds of 40 to 60 mph expected into Wednesday. Forecasters said travel to summit areas should be delayed until winds subside. Rangers closed the road to the summit of Mauna Kea at the Visitor Information Station.