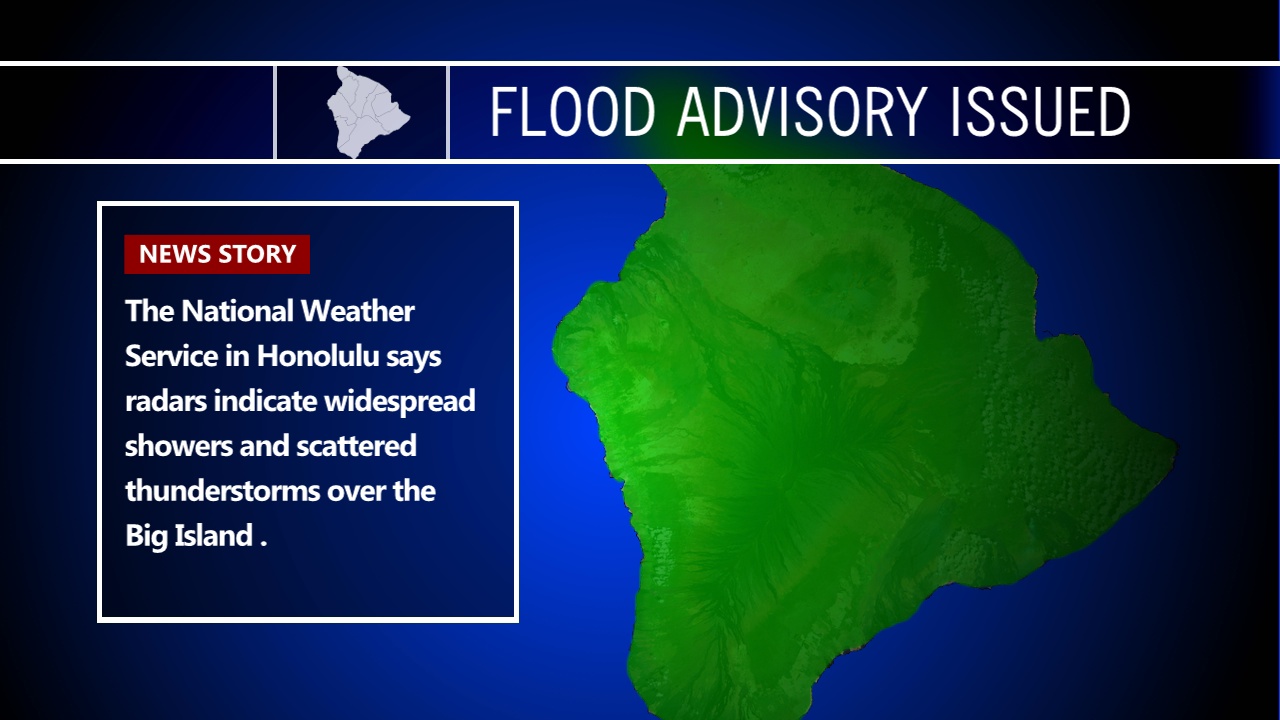 (BIVN) – A day after being soaked by heavy rain, the Big Island is again under a weather alert.

The National Weather Service in Honolulu has issued a Flood Advisory for the entire Island of Hawaii until 5:30 p.m. HST.

The rumble of thunder could be heard across Hilo.

Yesterday, a strong cold front and stacked low pressure system to the north of the island closed roads on Hawaii Island and triggered a Flash Flood Warning for a portion of the day.

We will update this page as weather related events occur.