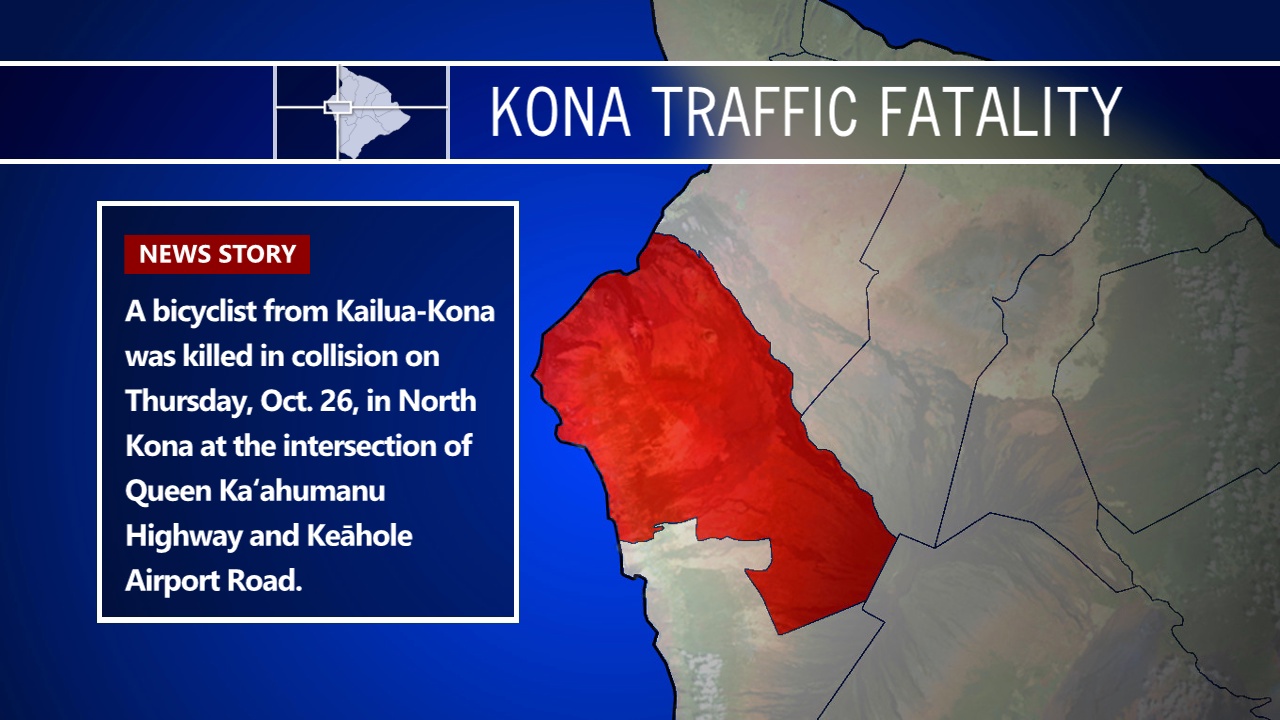 KAILUA-KONA, Hawaii - A 61-year-old Kailua-Kona man was involved in a single-vehicle traffic casualty on Thursday afternoon, October 26, in Keāhole.

(BIVN) – Police have identified the 61-year-old Kailua-Kona man killed while riding a bicycle on Thursday afternoon at the intersection of the Queen Kaʻahumanu Highway and the Keāhole Airport Road.

The man has been identified as James Sakai.

Police described the scene in a Friday morning media release:

Responding to a 3:52 p.m., call, police determined that a bicycle operated by Sakai had been traveling south on the Queen Kaʻahumanu Highway when it collided with a 2008 Dodge pickup truck operated by a 41-year-old Kapaau man, which had been traveling west on the Keāhole Airport Road after the truck had completed his left turn from the Queen Kaʻahumanu Highway.

Sakai sustained injuries from the collision and was subsequently transported to the Kona Community Hospital where he was later pronounced dead at 5:04 p.m., Thursday, (October 26).

Traffic Enforcement Unit officers have initiated a Coroner’s Inquest investigation and have ordered an autopsy to determine the exact cause of death.

Police are asking anyone who may have witnessed the incident or has any information relating to the incident to please call Officer Kimo Keliipaakaua at (808) 326-4646 ext. 229. Those who want to remain anonymous can contact Crime Stoppers at (808) 961-8300, police say.

This is the twenty-eighth traffic fatality this year compared with twenty-five at this time last year.