VIDEO REPORT: As #MeToo Multiplies, Hilo Walks A Mile In Her Shoes 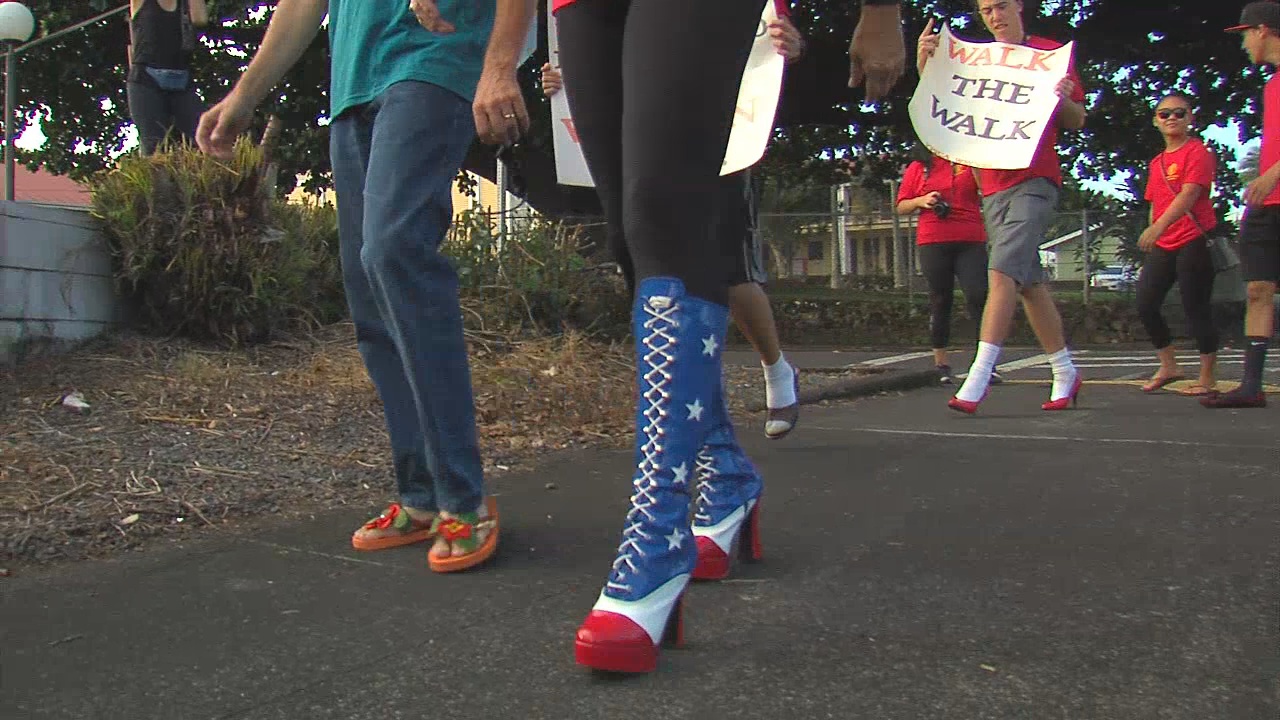 The seventh annual “Walk a Mile in Her Shoes” event was hosted by the YWCA Hawaii Island on Saturday.

KATHLEEN MCGILVRAY: It’s October 28th and we do this every October. It’s our ninth walk a mile in our shoes and we are so pleased to have a beautiful day, and beautiful weather. 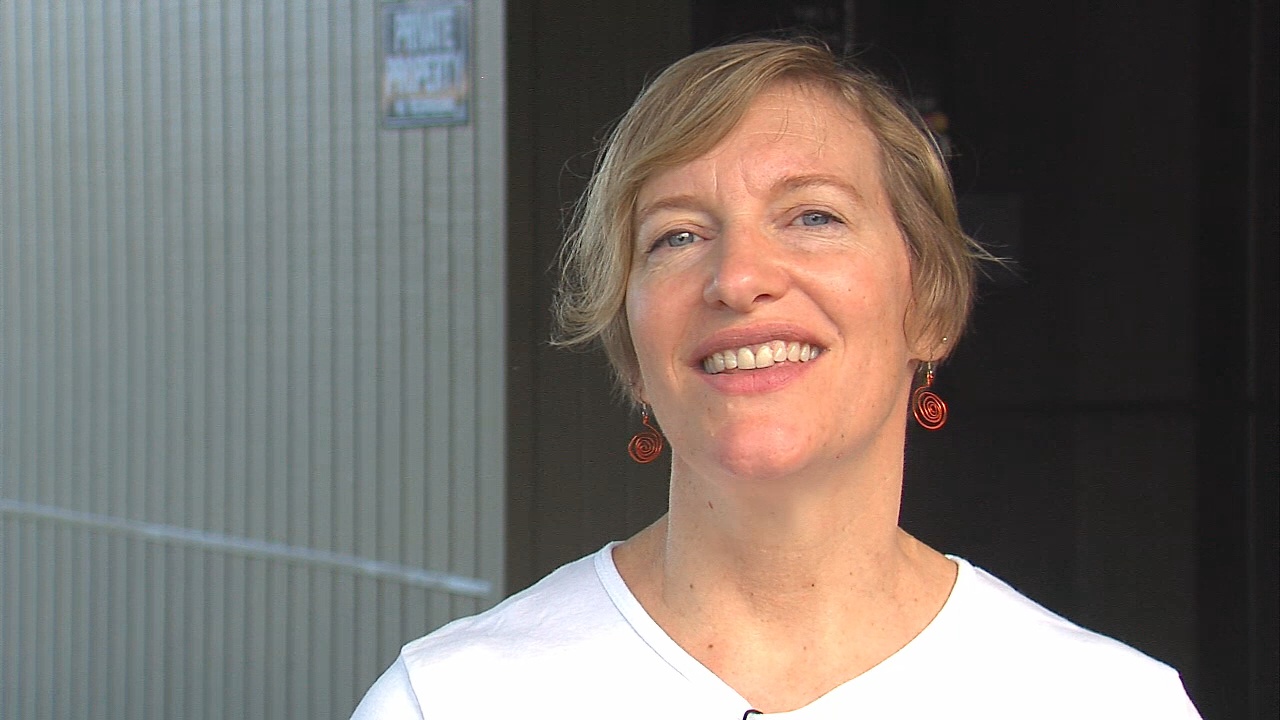 MCGILVRAY: A whole bunch of folks that are happy to be here, and walking in support of sex assault survivors. So part of it is about being a walker, to raise awareness of sexual assault, supporting our survivors. It’s not like when you have a car accident, people are always there to say ‘oh, are you all right?’ and they’re acting concerned and that is very supportive and healing. But with sex assault, it’s a crime that has a lot of shame involved. And it’s not the shame of the victim, it’s a shame for the perpetrator. But the victims feel it, and the victims aren’t always able to stand up and say ‘this is something that happened to me’. So we really want to walk in support of them, and let them know that this is not their fault this did happen. And it is not something that had anything to do with them. It’s the shame of the perpetrator.

Then the other thing that we’re doing is we’re raising money. This program is completely free for all of our survivors. And our sex assault services program does counseling, information in the schools, and prevention education for students. We also use the program monies for transporting victims. We do SANE nursing exams for people if they’ve just been assaulted. And, if you’re wondering where the money goes, it all stays right here in Hawaii Island.

Hawaii Island, we have about 230 new cases every year. We have about a thousand people we help through phone support. And, we also have about 50 SANE exams a year. That’s about one a week, we’ll do a sexual assault forensic nursing exam to gather evidence. So, those are the kinds of programs that this supports. And this is a fun event to bring some awareness and some funds to that. And we just appreciate the heck out of the community for showing up on this march. 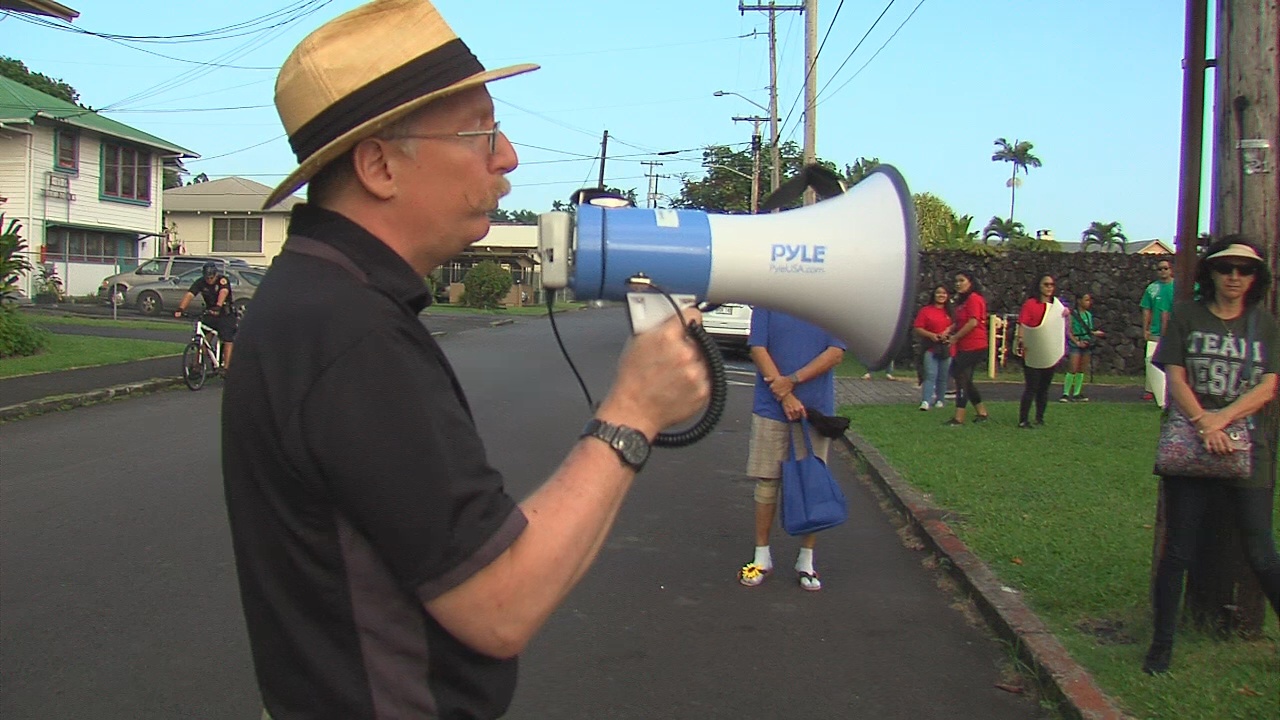 ERIC ANDERSON: We pray that you might help us keep or balance. For, on this march, we are hoping that we might assist folks who really need your help in keeping and finding a new balance. As we find our feet suffering unaccustomed, where we ask for healing for those scrapes and bruises, but we also ask for your healing for those who are damaged much more deeply than we will be today. And we pray that you might magnify our witness this day, that sexual assault and gender-based violence should end. Indeed, the last one should have been yesterday or even the day before. And that tomorrow, we might wake to a day of healing, with no new injuries to suffer. Amen.

DC: Oh, ready for the untying of the lei? Here we go.

MCGILVRAY: We hope yesterday, as Eric Anderson said when he was doing the blessing, we hope that yesterday was the last sexual assault and tomorrow we’re just praying for more strength.

The event comes at a time of heightened awareness concerning sexual assault and sexual harassment, as women – many of them celebrities – are coming forward detailing the experiences they have long kept hidden. In a show of support, a staggering number of people have posted the #MeToo hashtag over social media… illustrating the widespread problem in a new way. It feels like a watershed moment.

MCGILVRAY: This is very, very timely, talking about sex assault in the public and in our community. The #MeToo campaign has just exploded. And it’s not that it hasn’t been happening, that sexual assault hasn’t been happening and sexual harassment hasn’t been happening, but I think that people are standing up and saying ‘this happened to me, too’ and it’s giving visibility and awareness for those that feel the strength to say that this has happened. And I’ve seen hundreds of posts from friends. Sex assault happens at least to one in four women. But then even sexual harassment has… sexual harassment happens, has happened to almost every single woman I know. I can’t think of an exception, actually. And so this is a great way to raise awareness and another way to say ‘you’re not alone.’