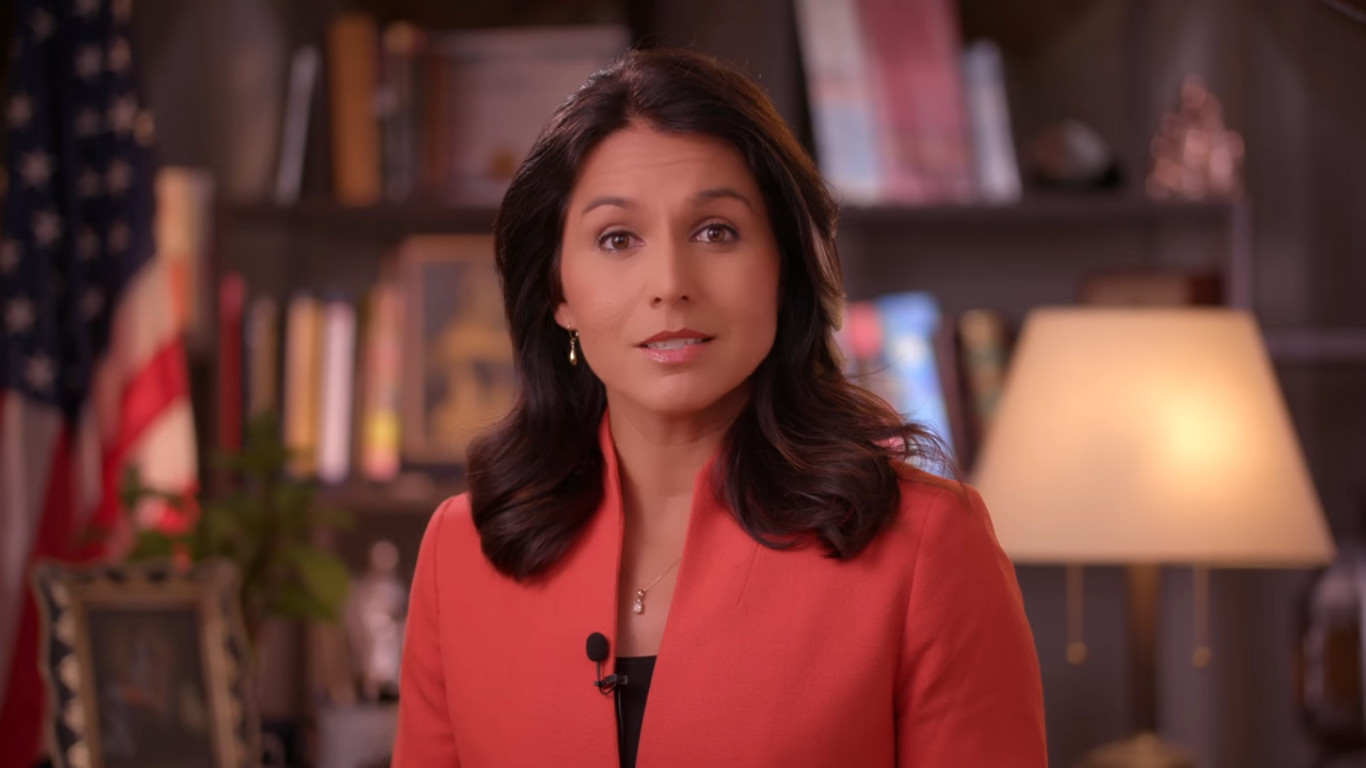 image from video by Tulsi Gabbard

HAWAII - The Congresswoman speaks out on the indictment of President Trump’s former campaign officials, and - in a separate message - criticized the Democratic National Committee.

Paul J. Manafort, Jr., of Alexandria, Va., and Richard W. Gates III, of Richmond, Va., have been indicted by a federal grand jury on Oct. 27, 2017, in the District of Columbia. The indictment contains 12 counts: conspiracy against the United States, conspiracy to launder money, unregistered agent of a foreign principal, false and misleading FARA statements, false statements, and seven counts of failure to file reports of foreign bank and financial accounts. The case was unsealed on Oct. 30, 2017, after the defendants were permitted to surrender themselves to the custody of the FBI.

Statement of the Offense

Papadopoulos has already pleaded guilty to making false statements to the Federal Bureau of Investigation.

“The indictments issued today against former Trump campaign official Paul Manafort and his associate, Rick Gates, coupled with news of George Papadopoulos’ indictment and plea deal, show our justice system at work,” said Congresswoman Tulsi Gabbard. “The staggering record of illegal money laundering and allegiances to foreign governments and political parties is astounding. The actions and allegations against these men, and likely others, demonstrates egregious conflicts of interest that further evidence the need for this investigation to run its course. The integrity of our democracy relies on our nation’s leaders sacred promise to the American people that we are acting in their best interest, uncompromised by the interests of a foreign power or corporate special interests. This is not a partisan issue–all elected leaders, regardless of party affiliation, should be committed to ensuring that Special Counsel Mueller is able to continue his thorough, independent investigation.”

“The real collusion scandal, as we’ve said several times before, has everything to do with the Clinton campaign, Fusion GPS, and Russia,” Sanders added.

The Press Secretary also said that, according to President Trump, “there is no intention or plan to make any changes in regards to the special counsel.”

Earlier on Monday, Rep. Gabbard focused her attention on her own political party. Gabbard released a video that criticized recent actions by Tom Perez and the Democratic National Committee (DNC) to “cast out those who want to strengthen and reform the party, while continuing to allow lobbyists and consultants a prominent seat at the table.”

Gabbard, formerly a DNC Vice Chair until she resigned to support Bernie Sanders for president, called for ending the “undemocratic system of superdelegates” and “putting a stop to the issues surrounding a lack of transparency and inclusion that has plagued the party.”

“The party should be enacting open or same day registration in Democratic primaries to ease and encourage voter engagement,” Gabbard said.

Tulsi Gabbard Calls for Real Reform to the Democratic Party, published on Oct. 30, 2017.