HONOLULU, Hawaii - For the first time in his presidency, Donald Trump has come to visit Hawaii. He spent the day on Oahu before leaving on a five-country tour of Asia. 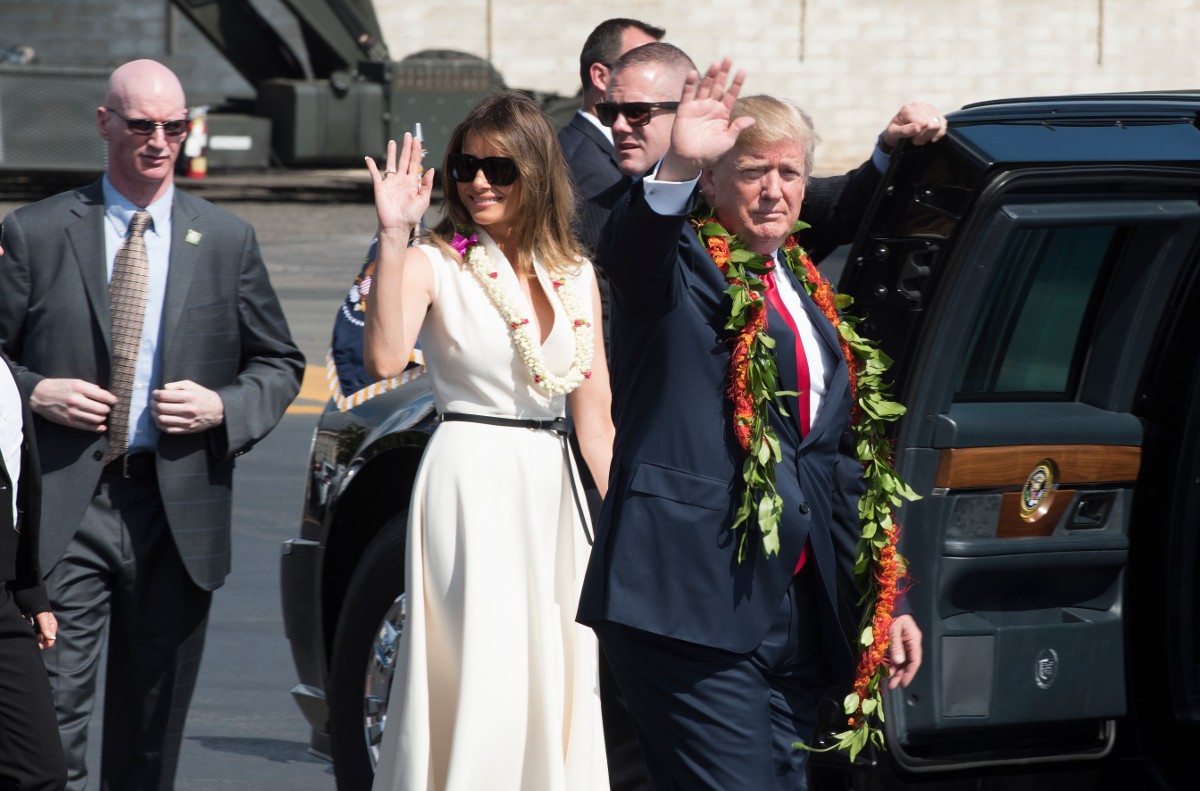 (BIVN) – President Donald Trump arrived in Honolulu with fanfare on Friday. It was his first stop before departing on a 13-day trip to Asia.

Trump visited the USS Arizona Memorial at Pearl Harbor, and had a briefing from U.S. Pacific Command.

Next will be a five-country tour to Japan, South Korea, China, Vietnam and the Philippines. 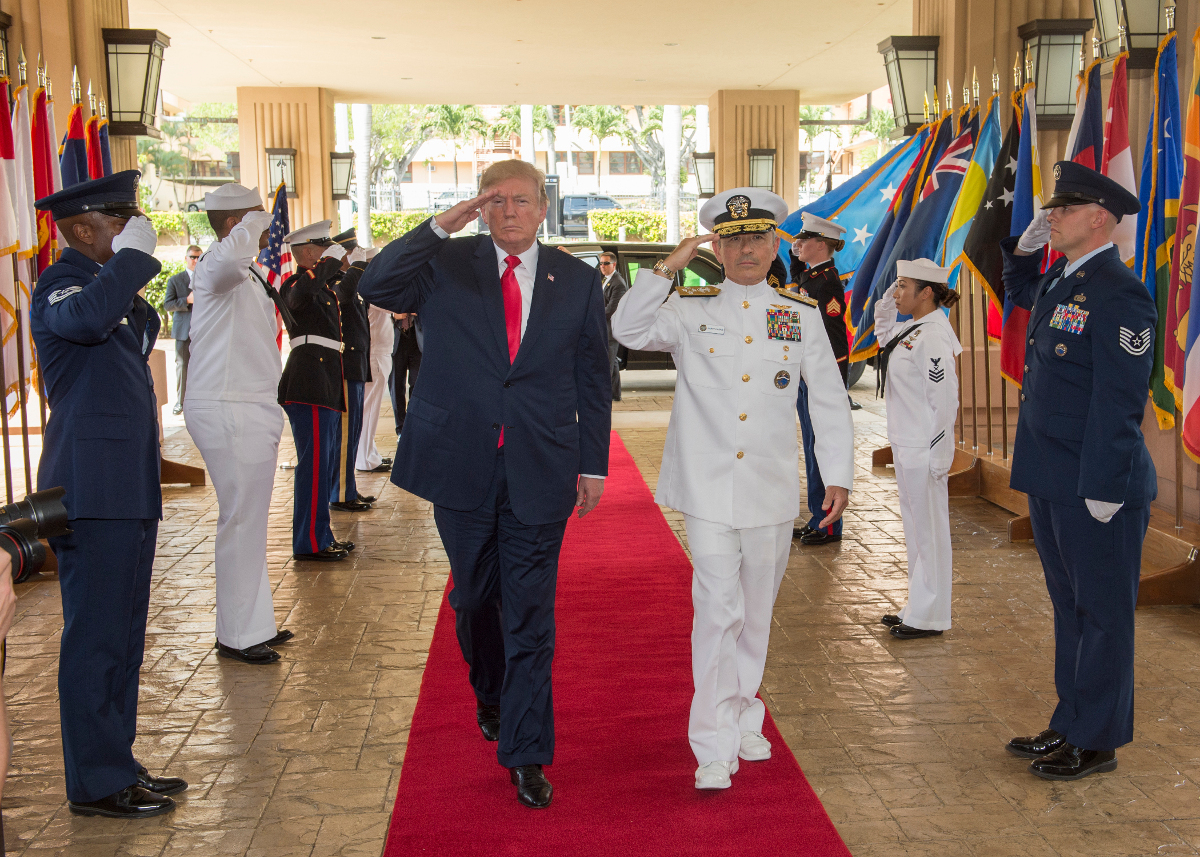 There are two things sure to make headlines while Trump is abroad. First, the crisis between the United States and North Korea, which will be at the top of the international talks.

The potential tenor of those talks was the subject a November 2 press briefing by National Security Advisor H.R. McMaster.

From the White House transcript:

Q: Thank you very much, sir. Let me give you a couple here. Will the President be using the “fire and fury” rhetoric in his speech about North Korea when he’s that close to the border? Will he be meeting with Putin on the sidelines? And will he be bringing up human rights when he meets with Duterte?

GENERAL MCMASTER: Okay, so the President will use whatever language he wants to use, obviously. And what the President has done is clarified — in all of his discussions, his statements on North Korea — our determination to ensure that North Korea is unable to threaten our allies and our partners and, certainly, the United States.

So he’s done that with a great deal of clarity in the past, and I’m sure he’ll do that during the trip as well. And that’s been a great reassurance to our allies, partners, and others in the region who are under — literally, under the gun of this regime.

Q: We shouldn’t expect modulation in the language because of where he is?

GENERAL MCMASTER: Well, I don’t think the President really modulates his language. Have you noticed him do that? (Laughter.) I mean, he’s been very clear about it.

And there’s — there’ll be just — just talk about this quickly — I’ve been aware of the discussions about, hey, is this inflammatory? No, what’s inflammatory is the North Korean regime and what they’re doing to threaten the world.

I think there would be a grave danger if that regime didn’t understand our resolve — the President’s resolve to counter North Korean aggression. And the President has made it very clear.

The other news maker – and one that is not on Trump’s agenda – is the ongoing investigation by Special Counsel Robert Mueller into the Russian govemment’s efforts to interfere in the 2016 presidential election. There have already been two indictments of former Trump campaign officials and a guilty plea for a third.

Before leaving to Hawaii, Trump tried to deflect questions about the investigation onto the Democratic Party.

“All I can tell you is this,” Trump told reporters, with the sound of his helicopter loud in the background. “There was no collusion. There was no nothing. Its a disgrace, frankly, that they continue. You want to look at Hillary Clinton and you want to look at the new book that was just put out by Donna Brazile, where (Clinton) basically bought the DNC and she stole the election from Bernie (Sanders).”

One prominent Hawaii Democrat agrees with Trump, at least in part.

Congresswoman Tulsi Gabbard, who was Vice Chair of the Democratic National Committee before she resigned to support Bernie Sanders for President, is calling for major reform of her party.

“Earlier today we heard from Donna Brazile that what many people had suspected for a long time, is actually true: the DNC secretly chose their nominee over a year before the primary elections even occurred,” Gabbard said in a video message.

“This shines a light on how deeply broken our campaign finance laws are,” the Congresswoman continued, “and how they’ve weakened individual candidates while strengthening and empowering political parties and special interests. These laws essentially allowed the Clinton campaign to bypass individual campaign contribution limits by funneling millions of dollars through the DNC and State parties, taking control of the DNC in the process.”

“Along with the recent retaliatory purge of Bernie Sanders and Keith Ellison supporters from the DNC’s Executive Committee, this is just further evidence that the DNC needs to be completely overhauled to take back our party from the special interests of a powerful few, and put it back in the hands of the people,” Gabbard said.