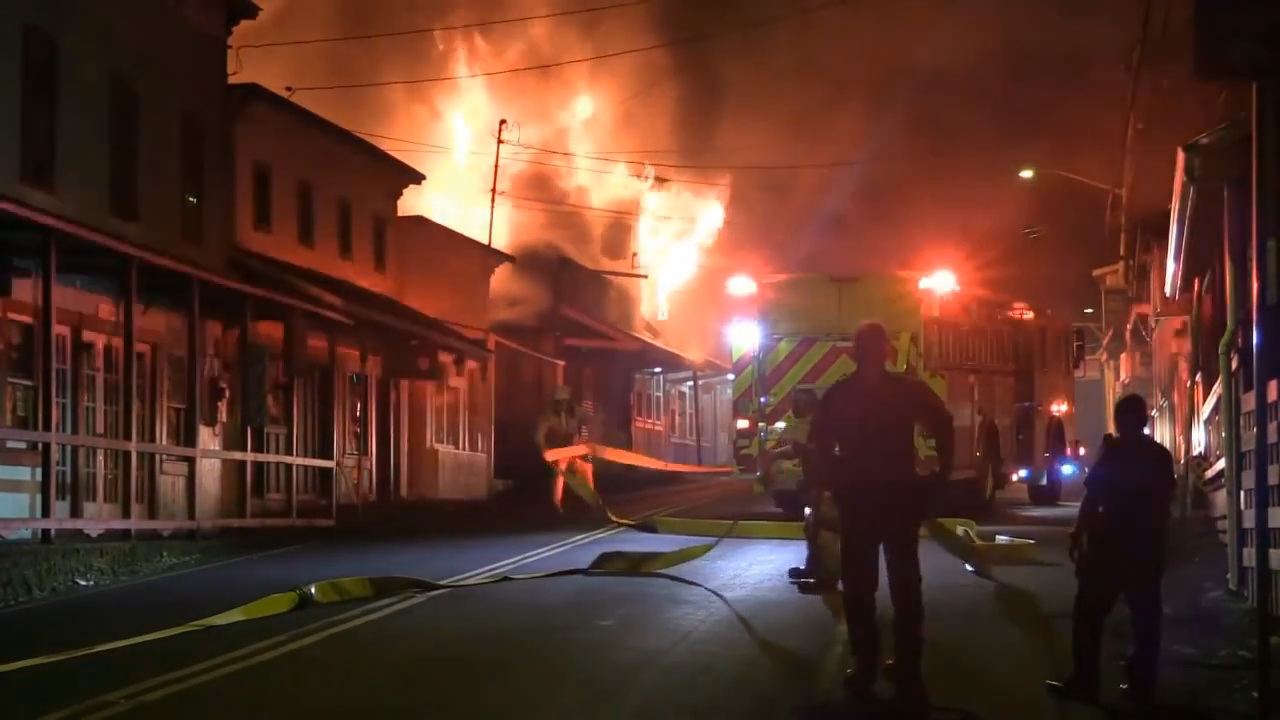 image of the Pahoa fire taken from video by Daryl Lee.

(BIVN) – Hawaii County Police Officer Conrad Bidal – on the job for only a (1) year – was presented with a prestigious award recently at a banquet in Waikiki.

Bidal sprang into action on January 16, 2017, when a structure fire tore through historic structures in Pahoa town. Bidal pulled people from the burning building and saved lives.

From the Hawaii County Police:

Responding to the midnight structure fire and being one of the first to arrive he noted that interior lights were illuminated on the second floor of the building potentially indicating that tenants were within. Officer Bidal immediately began looking for and located an open door on the back of the building, disregarding his safety he ran into the building solo and began a methodical search for anyone inside.

Upon his first search of the building, he located four people still within their upstairs apartments apparently unaware of the fire; he alerted and safely evacuated each of them. After clearing the burning building of occupants, he then conducted a secondary search to ensure it was empty and while doing so encountered previously evacuated residents who had re-entered the building in an attempt to gather personal belongings. Officer Bidal was forced to re-evacuate the residents and as he completed this task the building became fully engulfed in flames. Officer Bidal displayed extreme courage by facing increasing temperatures, smoke and flames during this second clearing of the building as the fire had spread to cover nearly half the building at that time.

Bidal was nominated for the most recent Top Cop award by Captain Samuel Jelsma. Jelsma noted that Officer Bidal was only two weeks into his solo assignment, following recruit training and four months of field training. Bidal joined Hawaii County Police following 20 years as a gunnery sergeant with the Marine Corps.

This was the 33rd Annual Top Cop Law Enforcement and Security Awards Banquet. The event was held at the Hawaii Prince Hotel Waikiki on October 26.

Bidal and other officers on duty during the January incident were honored for their actions by the Hawaii County Council in March.