KAILUA-KONA, Hawaii - Residents are concerned about erosion and other issues are impacting Kahalu’u Beach Park, one of the most visited county parks on the entire Big Island. 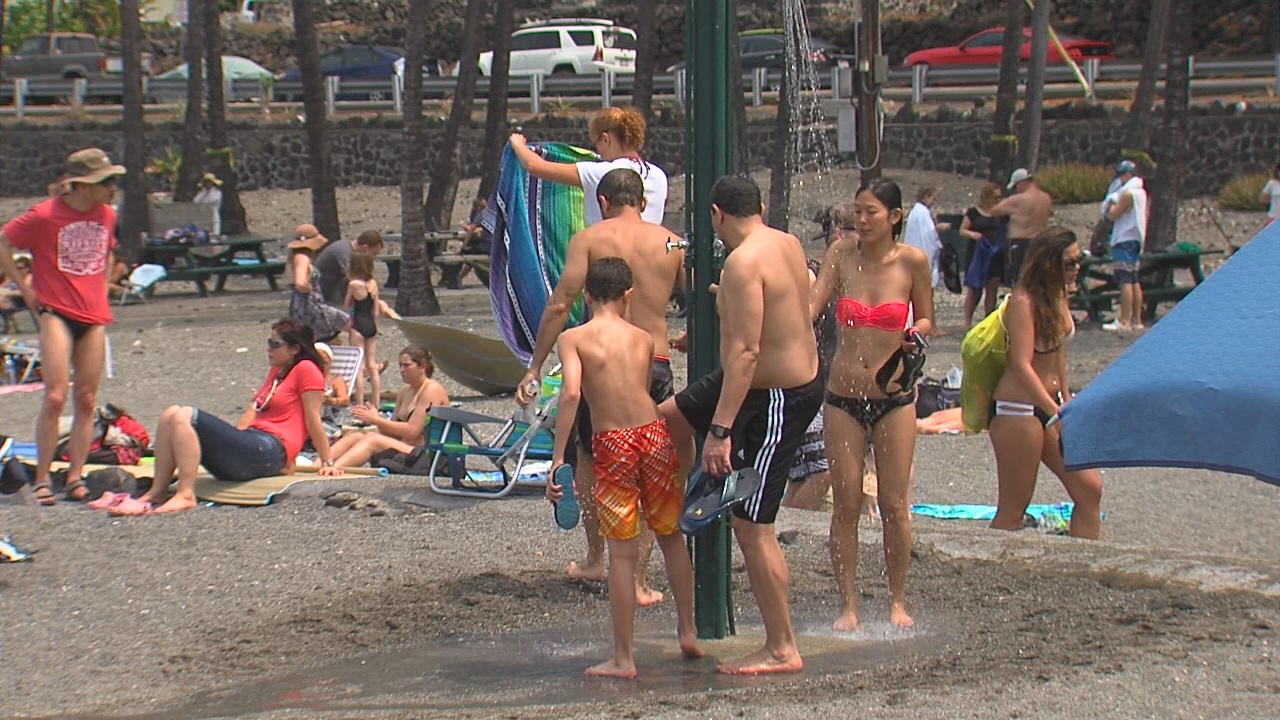 (BIVN) – Residents are concerned about the future of Kahaluu Beach Park.

During a Windward and Leeward Planning Commissions hearing on SMA permit rule changes on October 30, Simmy McMicheal spoke out. The island resident alerted the commissioners to the growing environmental and erosion issues that are impacting the treasured Kona location.

Local lawmakers are listening. During the November 1 Finance Committee meeting, Hawaii County Councilman Dru Kanuha introduced a bill to fund the planning and design of future improvements to the park.

The community has been trying to counter the effects of the rising tide, but Kahalu’u landmarks are still being lost. For example, following a destructive tsunami on March 11, 2011, William Freitas led an effort to restore the damaged Waikuaaala fishpond. But the encroach of the ocean is relentless.