WASHINGTON D.C. - Hawaii Congresswoman Colleen Hanabusa, who sits on the House Committee on Natural Resources, had the chance to ask some questions during Tuesday's hearing. 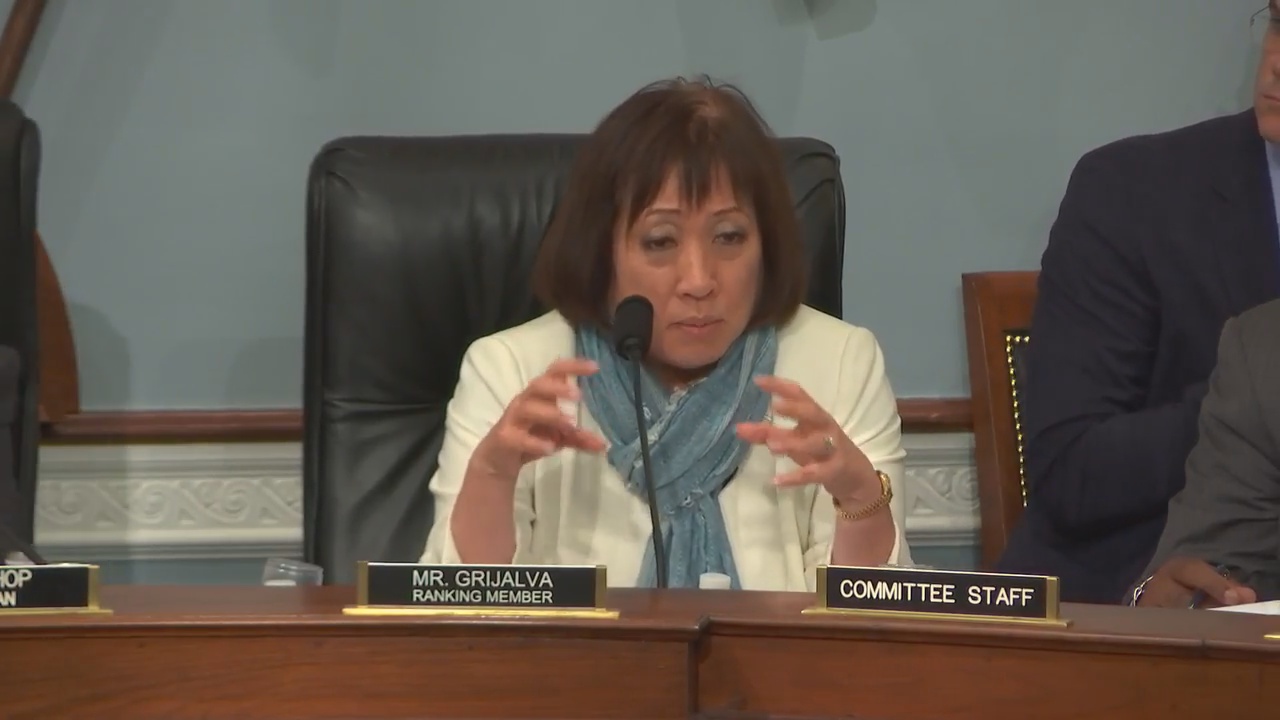 The House Committee on Natural Resources held a hearing on Tuesday, and Congresswoman Colleen Hanabusa participated. The Democrat from Hawaii asked about the “Puerto Rico Oversight, Management, and Economic Stability Act”, or PROMESA – signed into law in June 2016 – which created the Oversight Board to bring fiscal accountability to the territory and a path to economic recovery. Hanabusa noted that PROMESA was “not intended to address the hurricane.”

According to Committee Chairman Rob Bishop (R-UT), the hearing was held to “inform the work of Congress to ensure the Oversight Board and federal partners have the tools to coordinate an effective and sustained recovery.”

“It is clear that a stronger mechanism will be necessary to align immediate recovery with long-term revitalization and rebuilding,” Bishop said of the unincorporated U.S. territory ravaged by Hurricane Maria. While the official death toll from the storm stands at 54, San Juan mayor Carmen Yulín Cruz estimated that the actual death toll is much higher.

During the hearing, Oversight Board Executive Director Natalie Jaresko discussed challenges to the Board’s mandate under PROMESA following the hurricanes. She outlined the potential need for Congress to grant broadened authorities to the Board for it to succeed.

“The Board is fully authorized to deal with the fiscal and debt issues that Puerto Rico faced before Hurricane Maria,” Oversight Board Executive Director Natalie Jaresko said. “After the hurricane it is even more critical that the Board be able to operate quickly and decisively.”

During the hearing, Congressman Luis Gutiérrez (D-IL) hounded Jaresko on the effects of the Jones Act on Puerto Rico. Gutiérrez asserted that many economists have estimated the act costs Puerto Rico between $350 to $400 million per year.

Here is the entire hearing courtesy the House Committee on Natural Resources on YouTube: