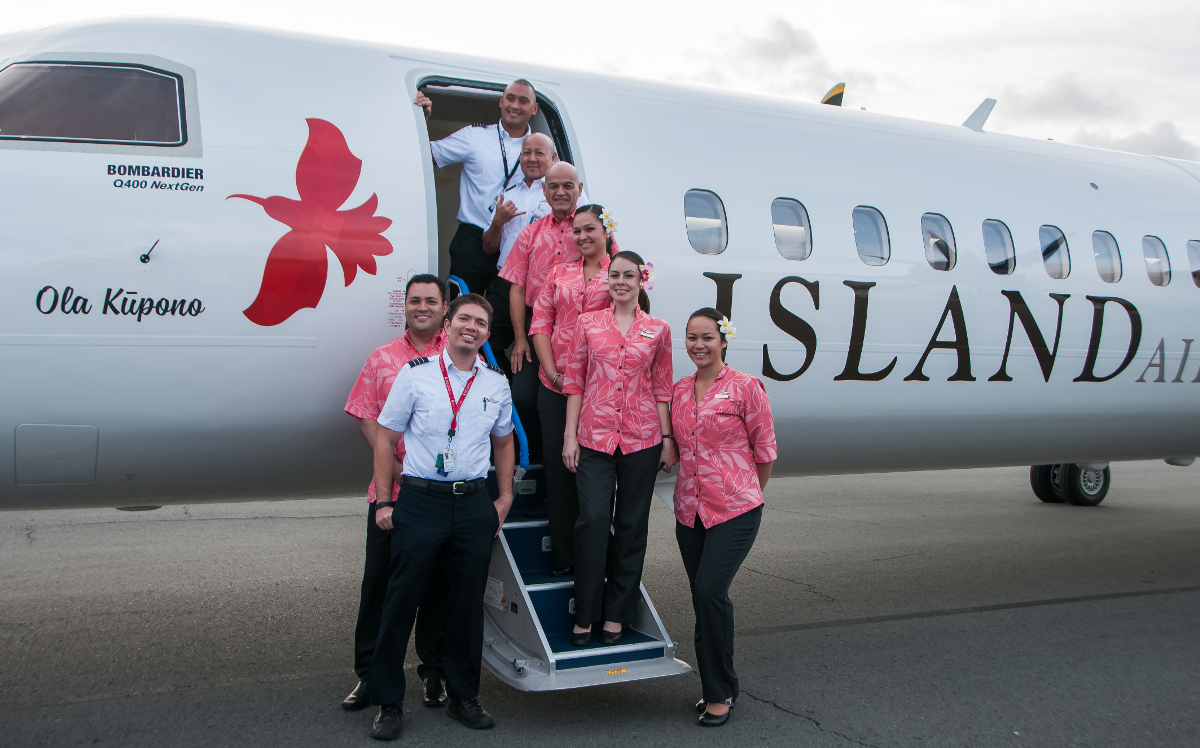 HAWAII - On Saturday at midnight, Island Air will end 37 years of service to Hawaii "due to legal pressures imposed by aircraft lessors." 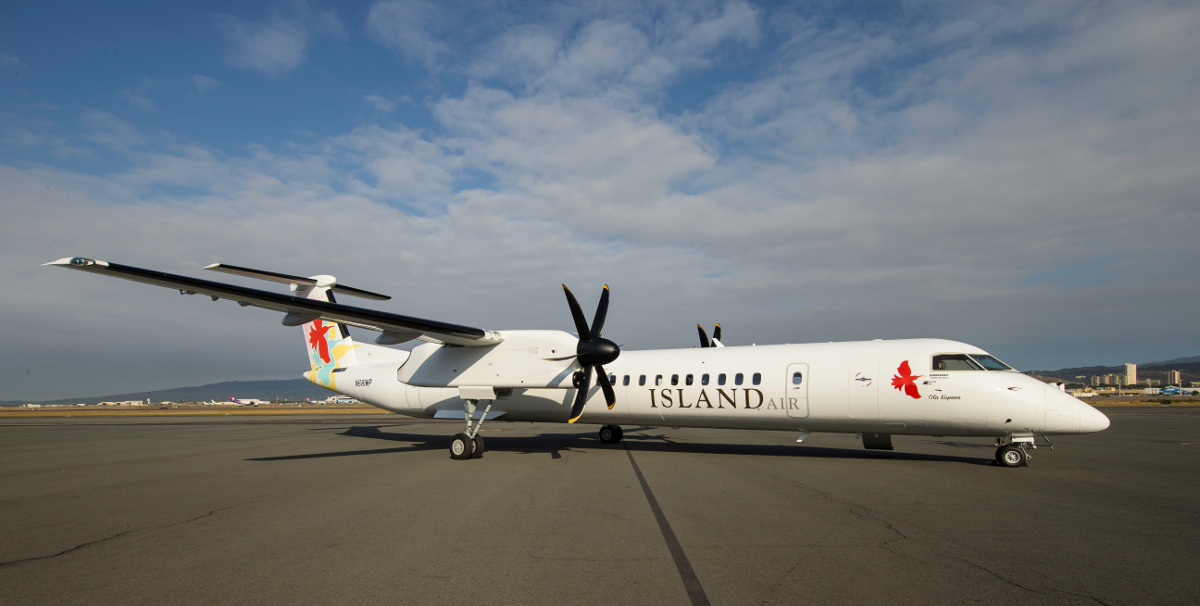 Island Air filed for Chapter 11 bankruptcy protection earlier this month, it says “in an effort to continue operations following threats of legal action by the Lessors of Island Air’s aircraft to ground and repossess the company’s fleet.”

Island Air says it was unable to locate a new investor or lender to provide funding to support airline flight operations and a successful reorganization.

From an Island Air media release:

One of the difficulties of attracting new investors was the aggressive legal attacks by Lessors Wells Fargo Bank Northwest, N.A. and Elix 8 Ltd. Although Lessors’ Motion for Temporary Restraining Order was denied by Judge Robert Faris of the District of Hawaii Bankruptcy Court on Friday, November 3, Lessors continued to engage in multi-directional legal attacks which Island Air could no longer combat without additional financing. The aircraft Lessors were seeking termination of all leases and immediate repossession of all aircraft.

As a result of this announcement, all Island Air passengers must make alternative arrangements for interisland transportation, effective this Saturday, November 11, 2017. “Island Air has taken every measure possible to avoid this tremendous hardship to its passengers,” said David Uchiyama, Island Air president and CEO. 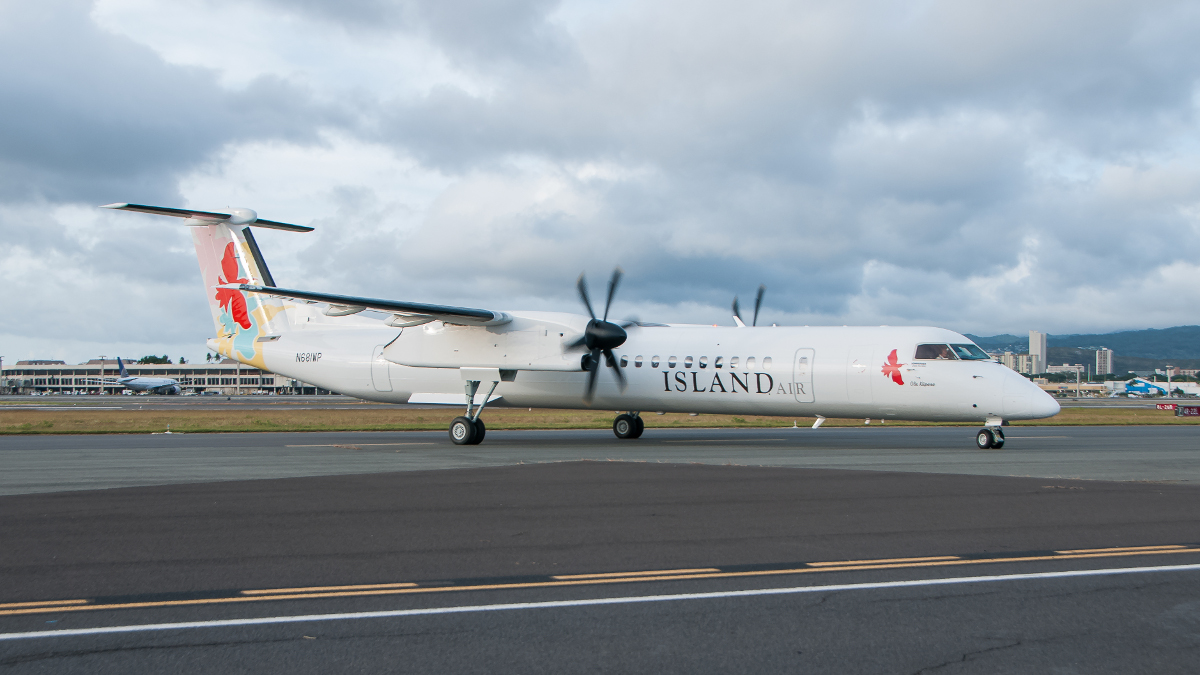 Island Air competitor Hawaiian Airlines was quick to put out a statement, saying that it is working quickly to provide flight relief for travelers who have been displaced by the shutdown of Island Air operations. “Starting Nov. 11 through 17, Island Air guests holding a confirmed reservation to/from/via Honolulu, Oʻahu (HNL); Kahului, Maui (OGG); Kona, Hawai‘i Island (KOA); and Līhu‘e, Kaua‘i (LIH) can standby for Coach Class seating on Hawaiian’s regularly scheduled flights between the same origin and destination cities on the ticketed day of departure,” a Hawaiian statement read.

From the Hawaiian Airlines release:

To qualify for standby travel, Island Air travelers must go to Hawaiian’s special customer service desk at the airport on the date of travel shown on their ticket to speak with a customer service agent and provide their Island Air paper or electronic ticket confirmation. Seats will be available on a first-come, first-served basis for flights on Hawaiian.

For Island Air guests who require a confirmed travel itinerary, Hawaiian will be offering a special $71 one-way fare, inclusive of taxes and fees. This fare is available to Island Air customers holding tickets for flights between Nov. 11 and Nov. 17. The special fare applies to roundtrip tickets that include a return segment outside the seven-day window. Customers can book this discounted fare by visiting Hawaiian’s help desk at the airport or by calling the reservations department at 1-800-367-5320 and providing their Island Air ticket number.

Hawaiian Airlines guests who are booked to travel this week are encouraged to take advantage of Hawaiian’s Web Check-In, airport kiosks, and drive-thru check-in at Honolulu International Airport to avoid potentially longer lines during this period.

After Island Air made the announcement, official reactions were dispatched from the heads of different government agencies, like the Department of Transportation.

“Hawaii has enjoyed the Island Air service which has delivered residents and visitors across the state for the past 37 years. We were notified today that the airline will make its last scheduled flight tomorrow night. HDOT will work with Island Air on the logistics of ceasing its operations at Hawaii’s airports,” said Ross Higashi, Hawaii DOT Deputy Director, Airports Division.

“The news of Island Air ceasing flight operations is truly unfortunate, especially for the 400 employees whose families depended on the airline for their livelihood,” said George D. Szigeti, president and CEO of the Hawaii Tourism Authority. “With Hawaii’s strong economy, we are hopeful they will find new opportunities to re-start their careers in travel and other industries locally. Island Air’s service was appreciated by residents and visitors needing to travel between the islands. We thank the airline and its employees for the quality, reliable service they provided to interisland travelers during their 37 years of business.”

Governor David Ige also issued a statement, saying: “I want to thank Island Air for its decades of service to our communities. For 37 years the company and its employees have played a big role in connecting island families and supporting our business community. The closure will have a tremendous effect on 400 employees and their families, and the state will be working with Island Air to help the employees apply for unemployment insurance and provide assistance with job searches and training opportunities.”

“Island Air appreciates the loyalty and support its customers, management, employees, and vendors have shown the airline, especially during the last few weeks of this bankruptcy process. Island Air is proud of its 37-year history of service to the State of Hawaii,” said Uchiyama.