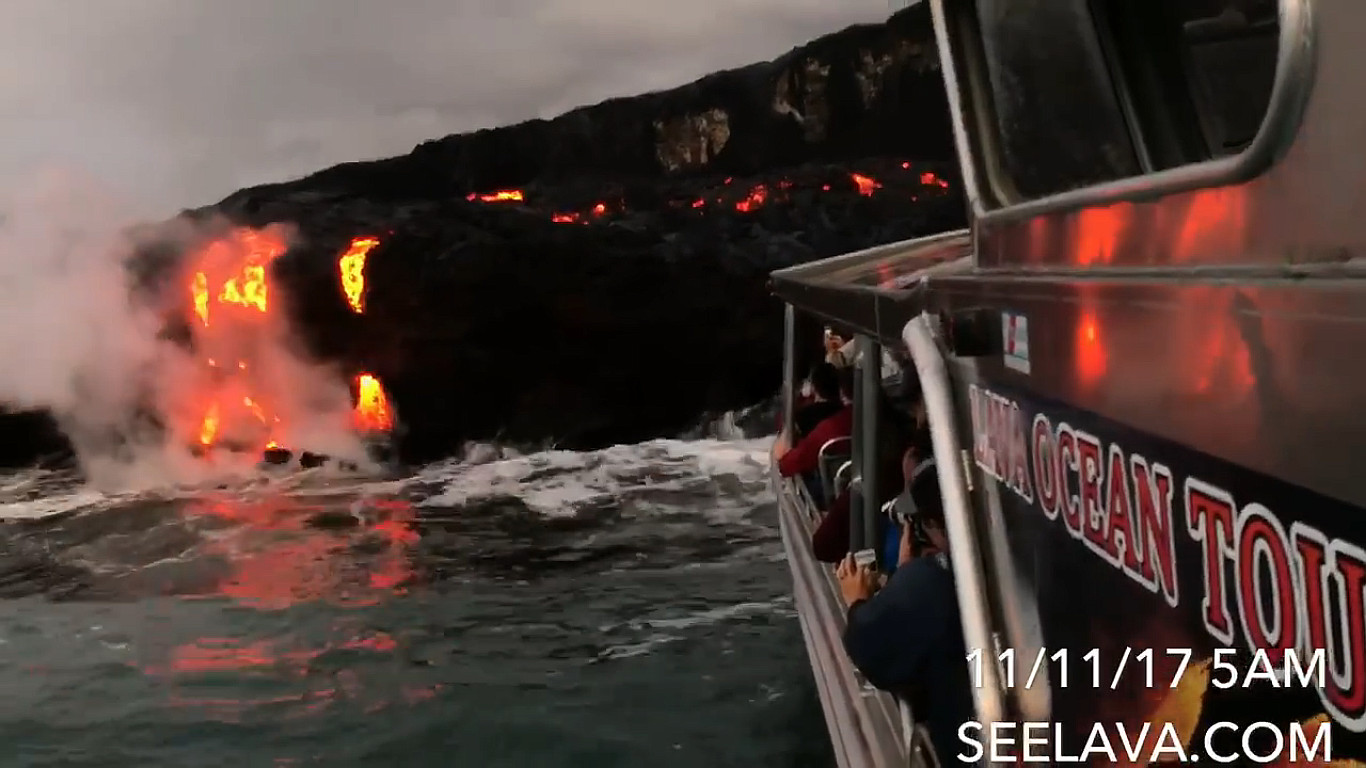 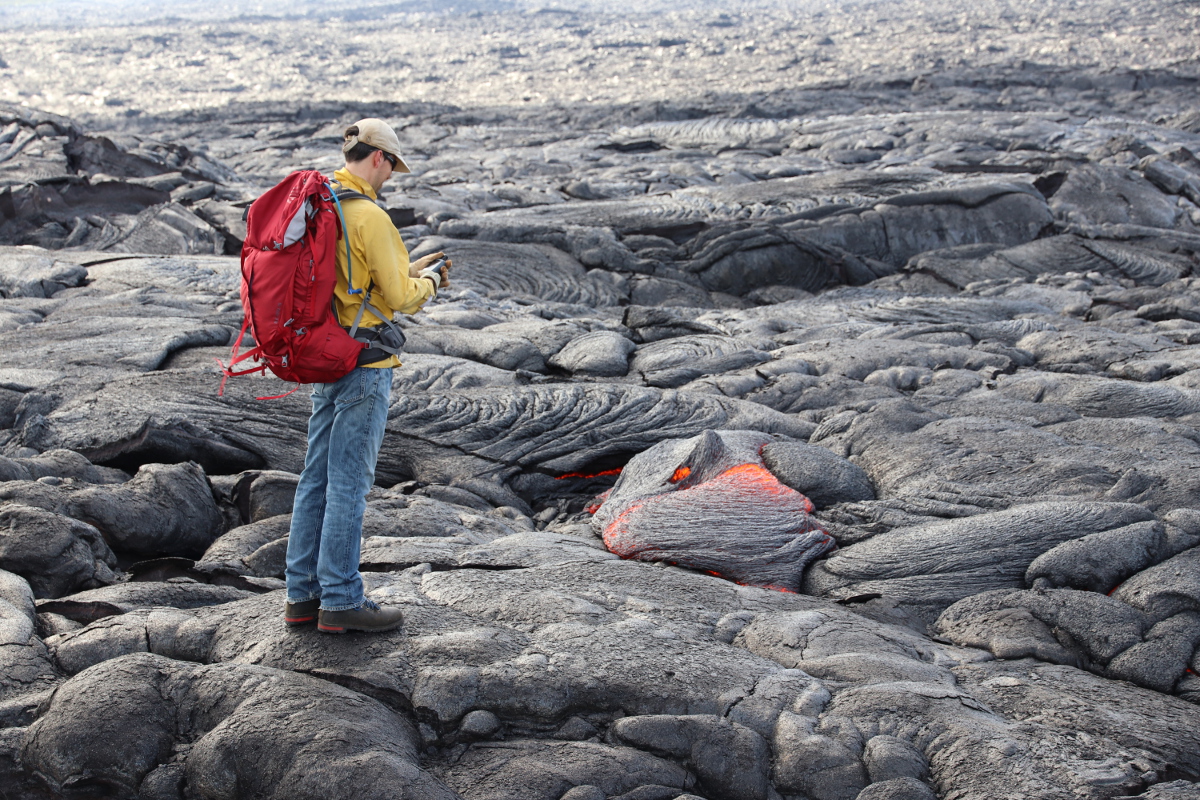 (USGS) An HVO geologist marks the position of these breakouts with a handheld GPS.

(BIVN) – Lava from Puʻu ʻŌʻō continues to flow down to the ocean on Hawaiʻi Island.

USGS Hawaiian Volcano Observatory scientists were on the flow field Nov. 10. They observed scattered breakouts on the coastal plain. Flows were recorded .3 miles north, or inland, of the sea cliff at Kamokuna. Sluggish breakouts were also marked 1 mile north of the emergency access road. 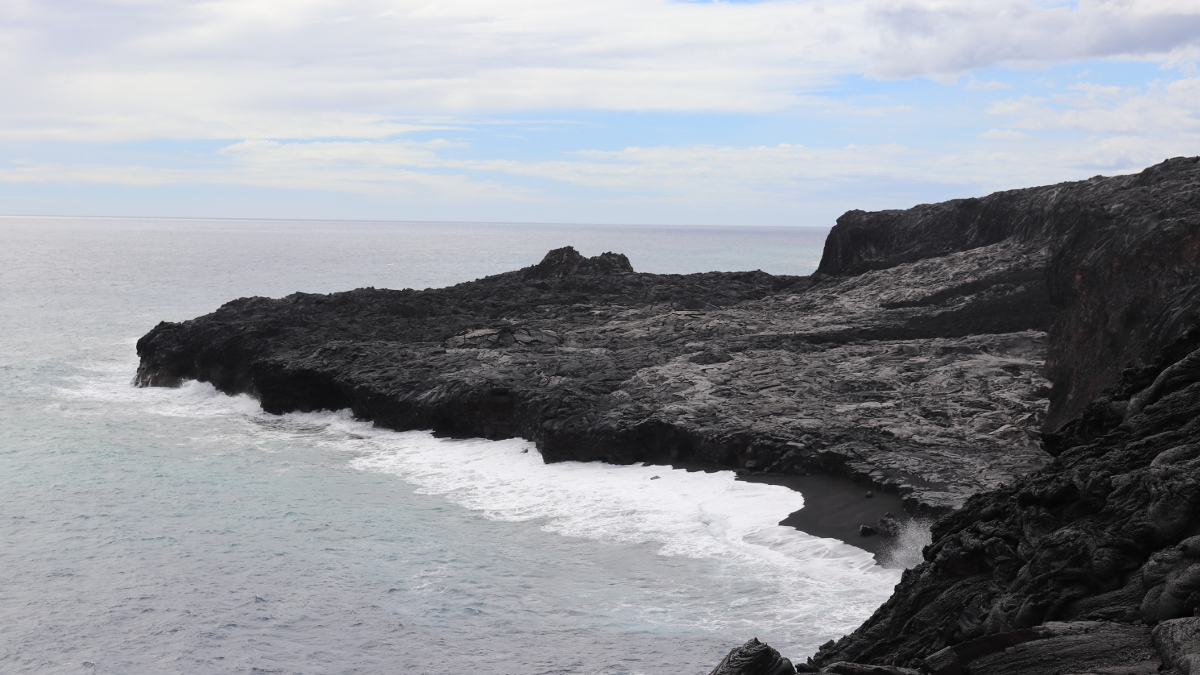 On November 10, scientists noted the Kamokuna lava ocean entry was inactive. “There were no signs of lava streams entering the water and no indication of a plume rising from the leading edge of the delta,” scientists wrote on the HVO website, as they posted new photos. “Small surface breakouts were observed on the delta, however, and breakouts were also active upslope on the coastal plain.” They said it followed a trend of diminished activity over the past several days.

Other lava boat tours reported seeing the same activity at the ocean entry.

Meanwhile, USGS HVO published a new map of the flow field (dated November 1) that shows the recent areas of expansion of the 61g lava flow. Most of the widening since October 12 has taken place in the Royal Gardens Subdivision. 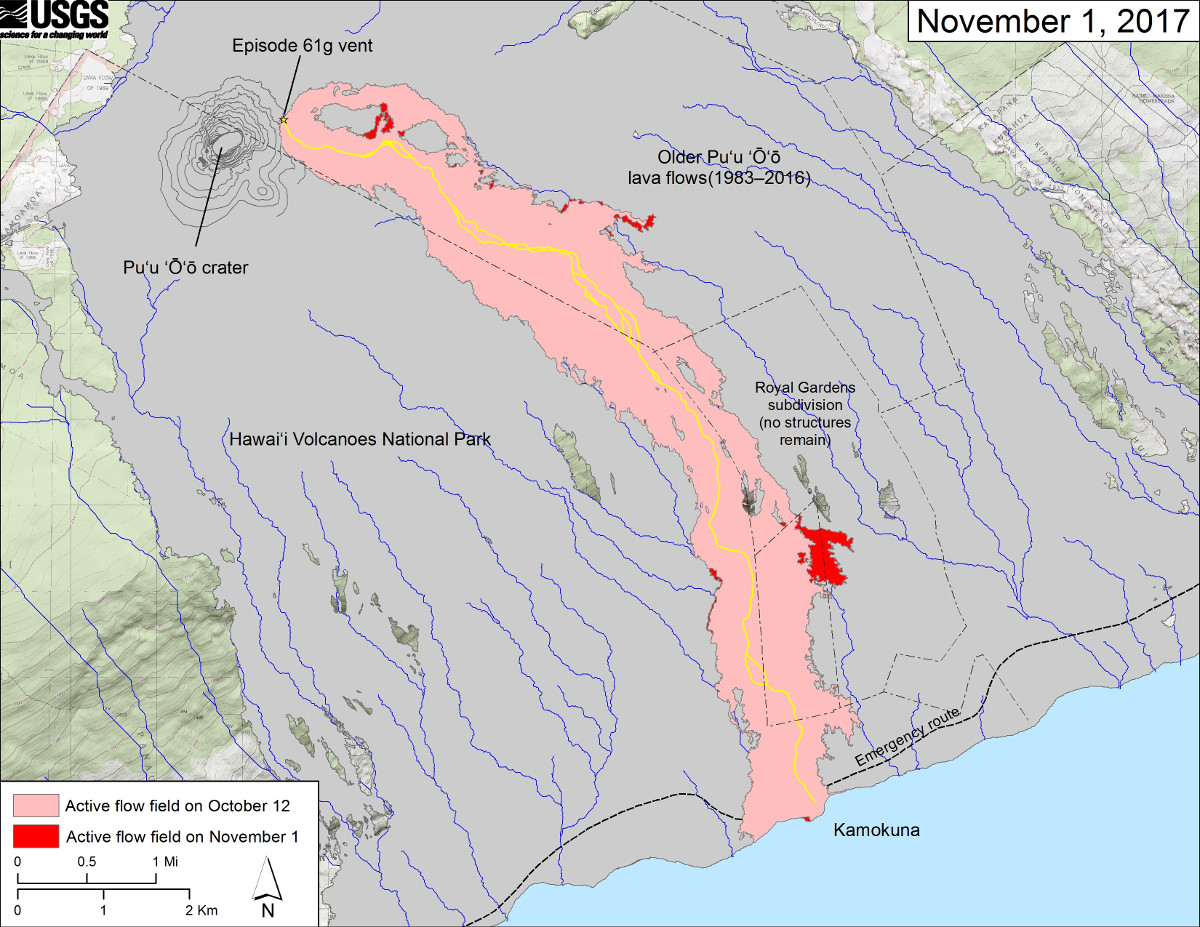