HAWAII ISLAND - A new lava breakout was observed last night and this morning lava tour guide John Tarson was out on the field recording it. 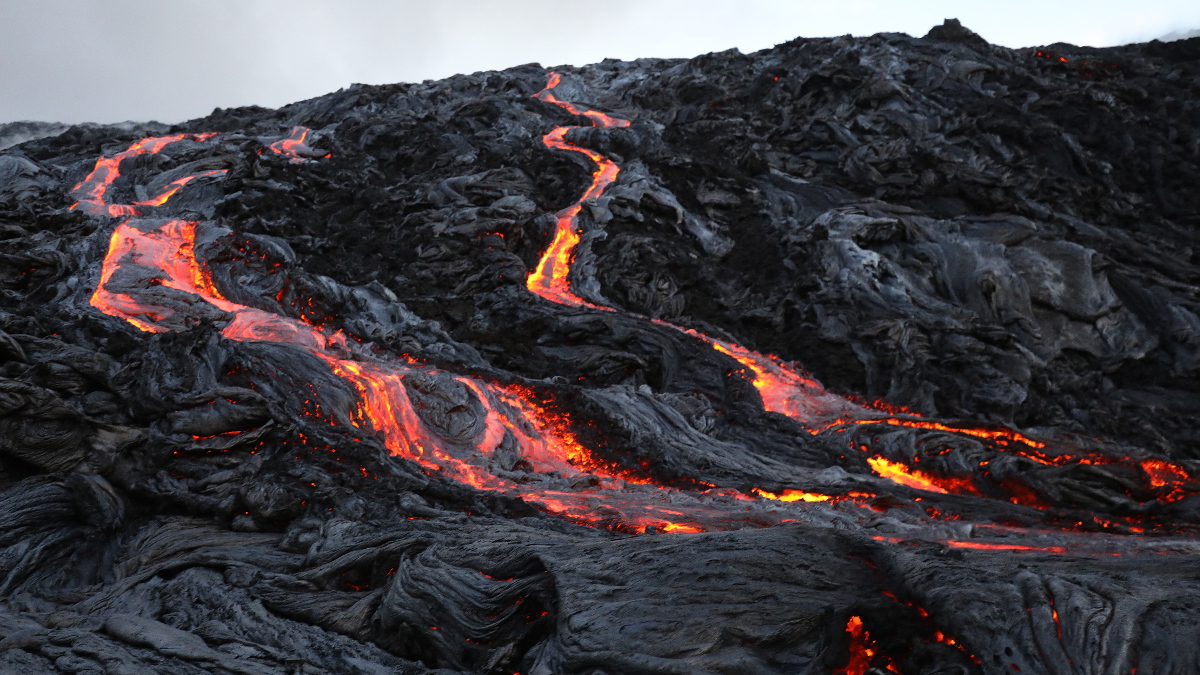 (BIVN) – A new breakout on the Pulama pali that began just after 7 p.m. on Saturday night continued this morning, and lava tour guide John Tarson captured the event on video.

Tarson was on the 61g lava flow field this morning in the Kalapana area, close to the boundary of Hawaii Volcanoes National Park. He said there were “huge channels of a’a and pahoehoe” lava to the east of the boundary-line kipuka. 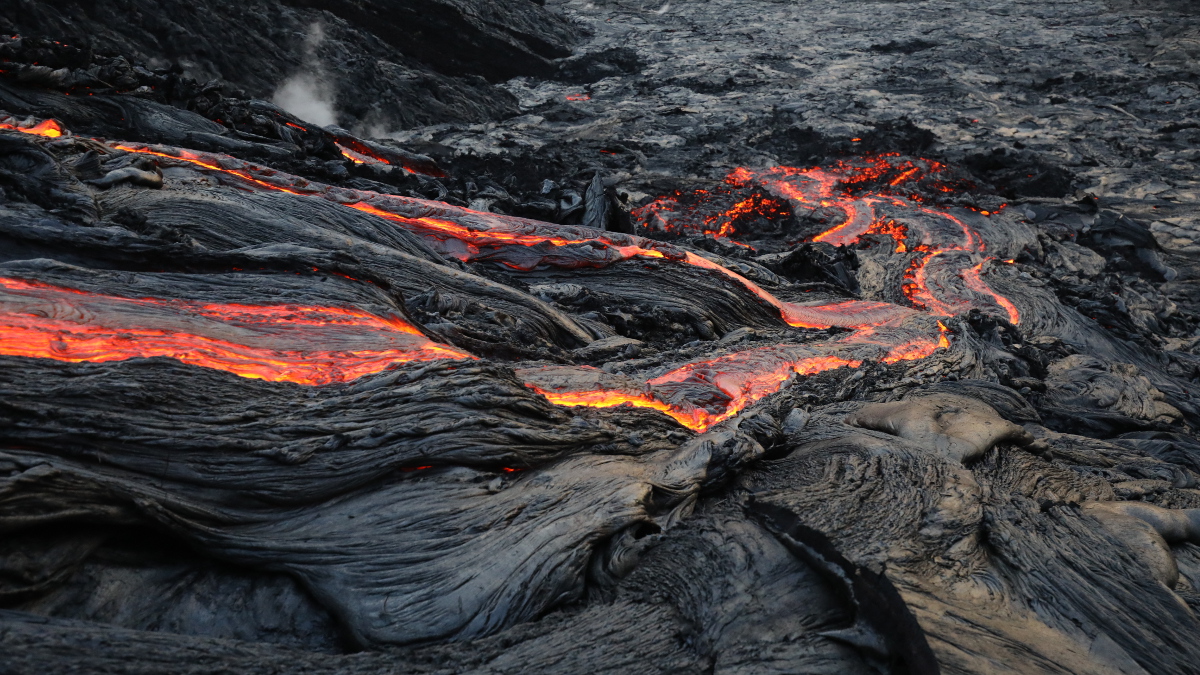 “Whew, its hot,” Tarson exclaimed in one of his video clips, shared on his Epic Lava Tours Facebook page.

Lava from the episode 61g flow continues to flow down the from the vent towards Kamokuna delta. Webcam views indicate that scattered breakouts remain active above the pali and on the coastal plain. A new breakout on the pali began just after 7 pm last night, and continues through this morning. Active breakouts on the coastal plain are approximately 1.5 km (1 mile) from the nearest point in the road. At Kamokuna delta, lava activity has not entered the sea for the past 24 hours and no plume has been produced. The small breakout of lava 450 m (0.3 miles) inland from the delta is no longer active.

The episode 61g flows do not pose a threat to nearby communities at this time. 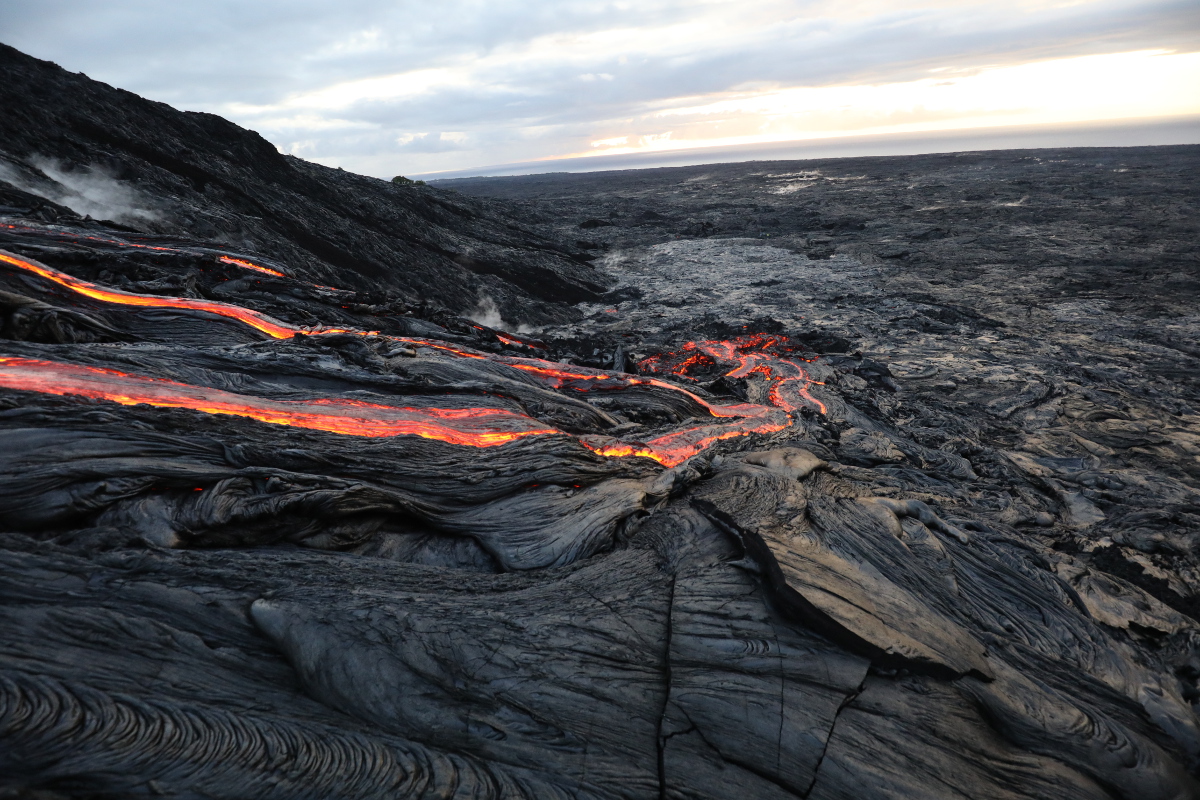 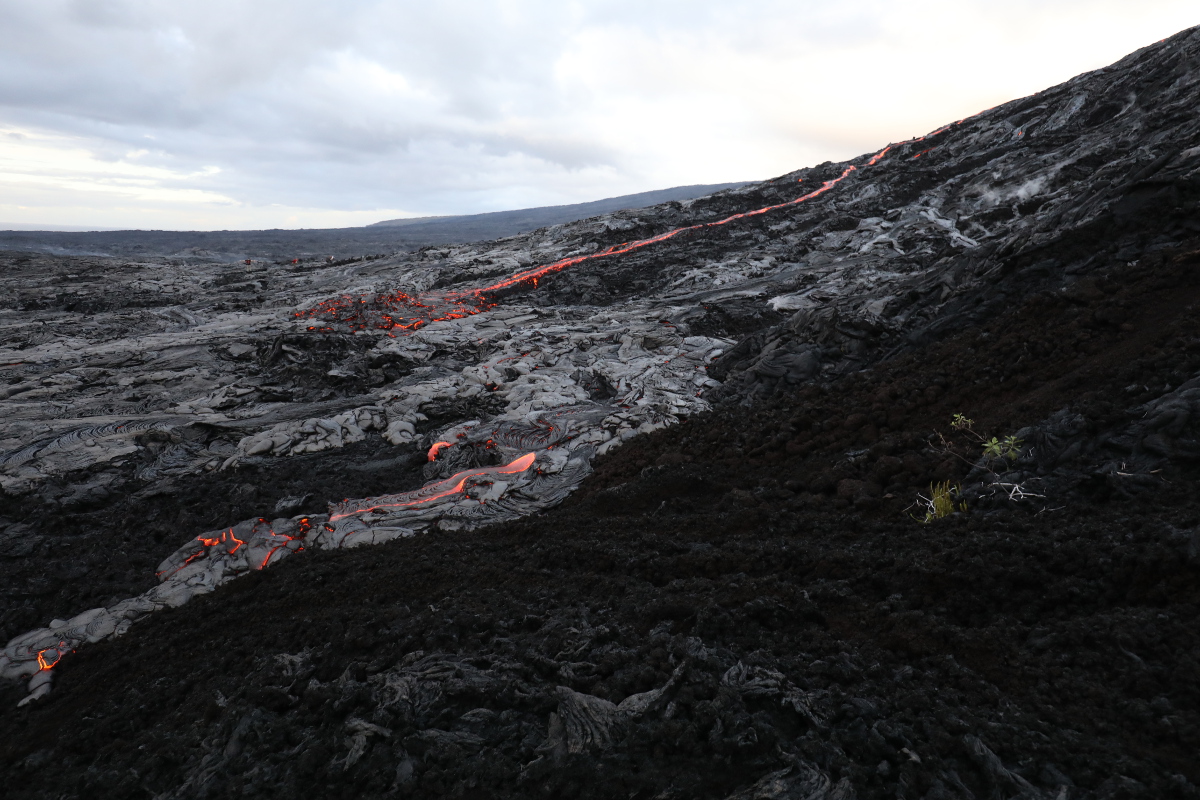