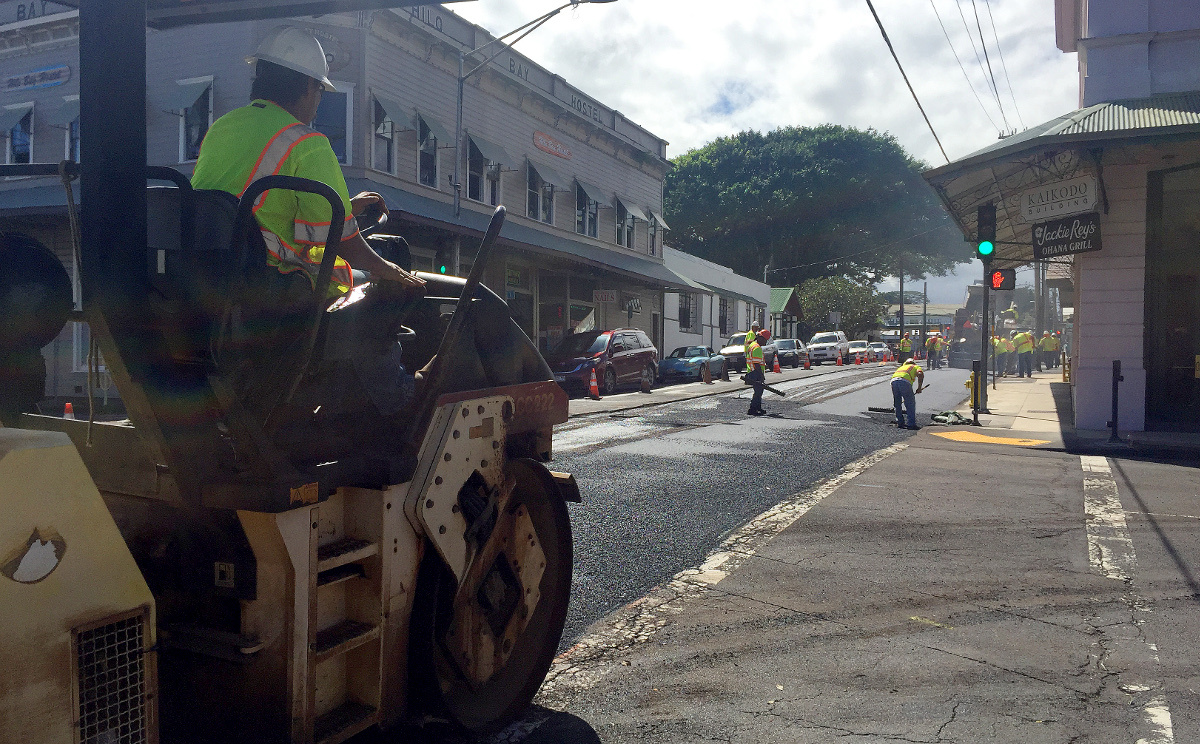 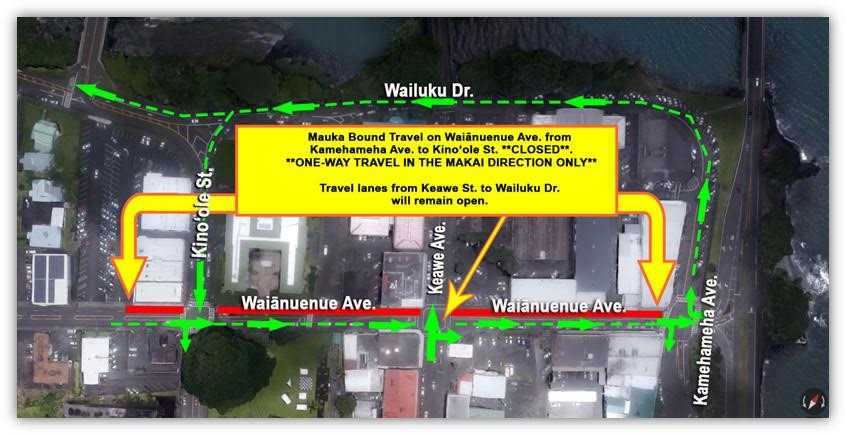 (BIVN) – A new traffic pattern is in effect for Downtown Hilo, as a resurfacing project began on busy Waiānuenue Avenue on Monday.

The Waiānuenue started from the Kamehameha Avenue intersection mauka to Ka‘iulani St.

A one-way travel pattern on Waiānuenue Ave. was in effect in the makai direction. Motorists heading in the mauka direction from Kamehameha Ave. to Kino‘ole Street were redirected to Wailuku Drive. Motorists were recently advised by county officials to “drive with caution as emergency response vehicles will be allowed to travel in both directions through the work zone at all times.”

The one-way travel restriction will be in effect from 8:30 a.m. to 5:00 p.m., Monday through Friday, and travel in both directions will be restored at the end of the workday, county officials said. Normal traffic patterns in this area will be restored once the project has proceeded past the Kino‘ole St. and Waiānuenue Ave. intersection, the Department of Public Works said.

Special off-duty police officers were in the area to facilitate traffic movement.