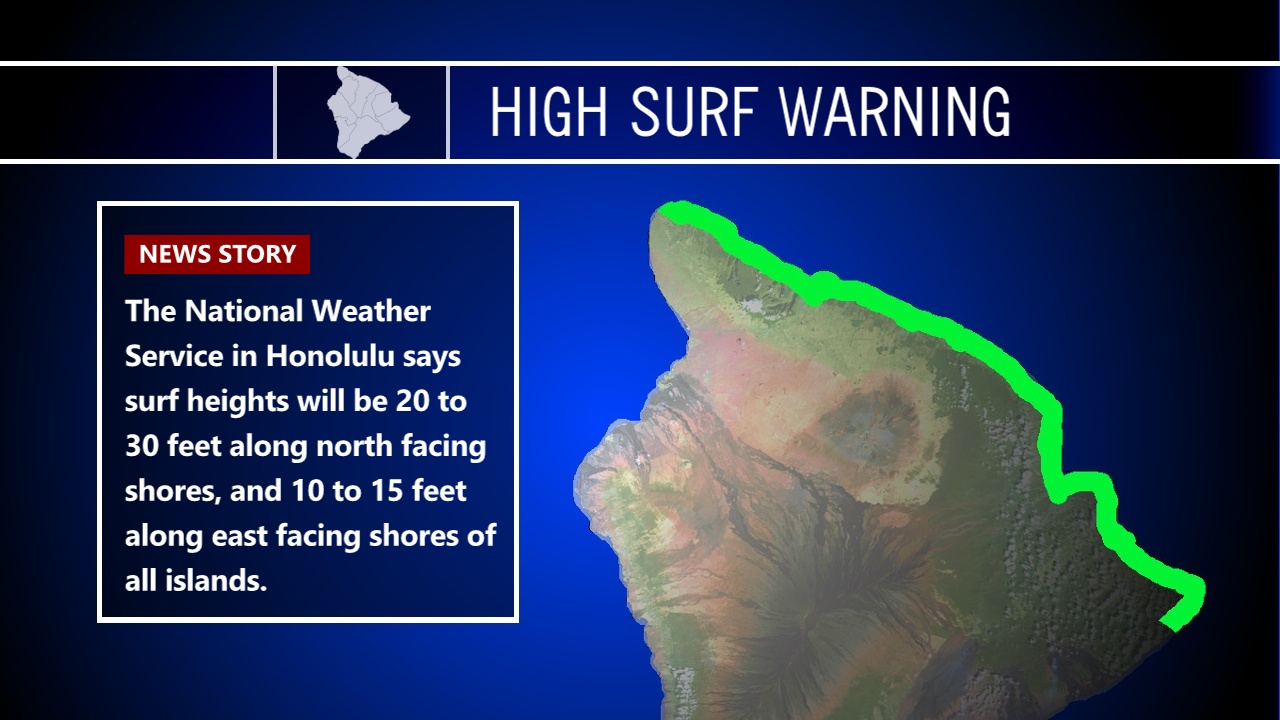 HAWAII - The entire state is under a High Surf Warning, weather forecasters say, with wave heights up to 30 feet possible along north facing shores.

(BIVN) – The entire State of Hawaii (except for Lanai) is under a High Surf Warning, which is in effect for north and east facing shores of Niihau, Kauai, Oahu, Molokai, Maui and the Big Island.

“A strong low pressure system over the northeast pacific ocean will generate a large north swell will build through the day on Wednesday,” the National Weather Service in Honolulu reports, “peak on Thursday and then decline Thursday night and Friday.”

The warning in effect until 6 a.m. HST Friday.

“Anyone entering the water could face significant injury or death,” the forecasters added. “Boaters should be aware of an increased number of surfers and body boarders utilizing the harbor channel to access surfing areas.”