HAWAII VOLCANOES NATIONAL PARK - As Kīlauea Volcano continues to erupt at the summit and the Puʻu ʻŌʻō vent on its East Rift Zone, scientists are recording the activity from all angles. 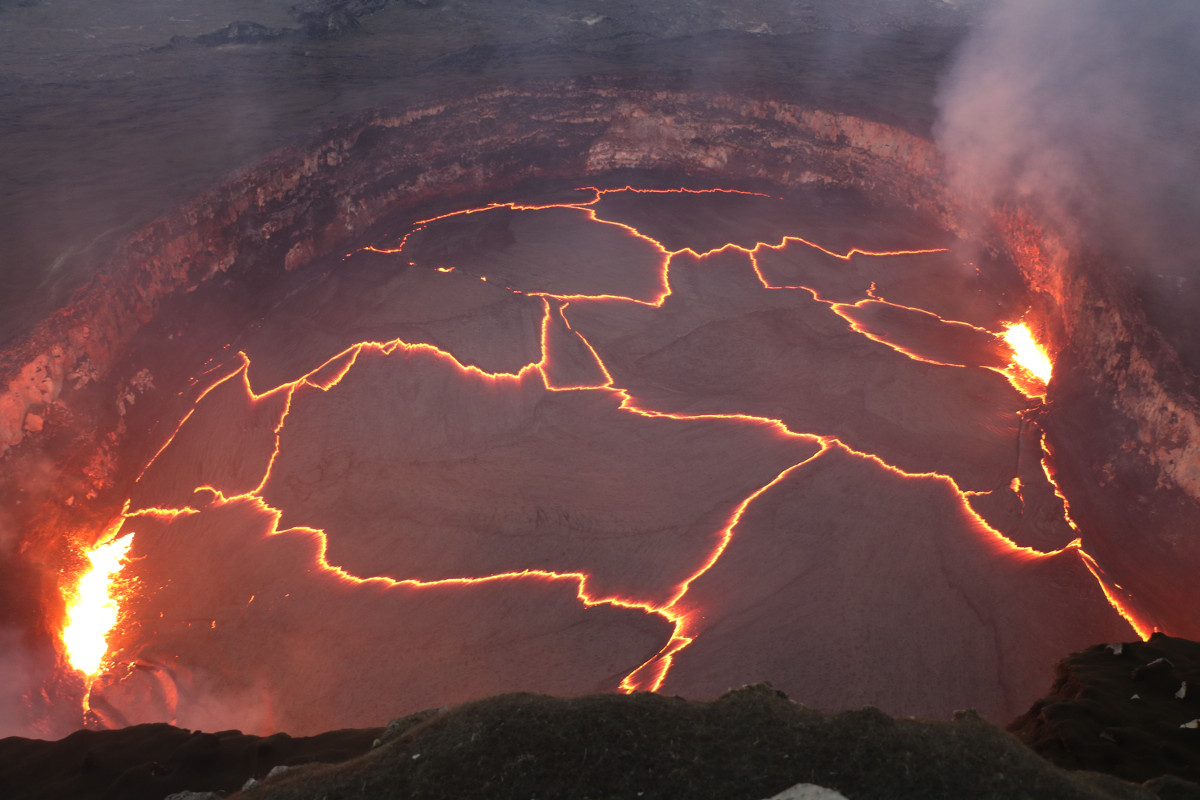 (USGS) This view of the lava lake was captured on the evening of Saturday, November 18.

Helicopter overflight video published on November 15 provides a rare look at the Kīlauea caldera from high above. This video starts from the east, near Kīlauea Iki, and heads west towards Halema‘uma‘u Crater, where the spattering in the summit lava lake can be seen by the small orange spot in the vent. 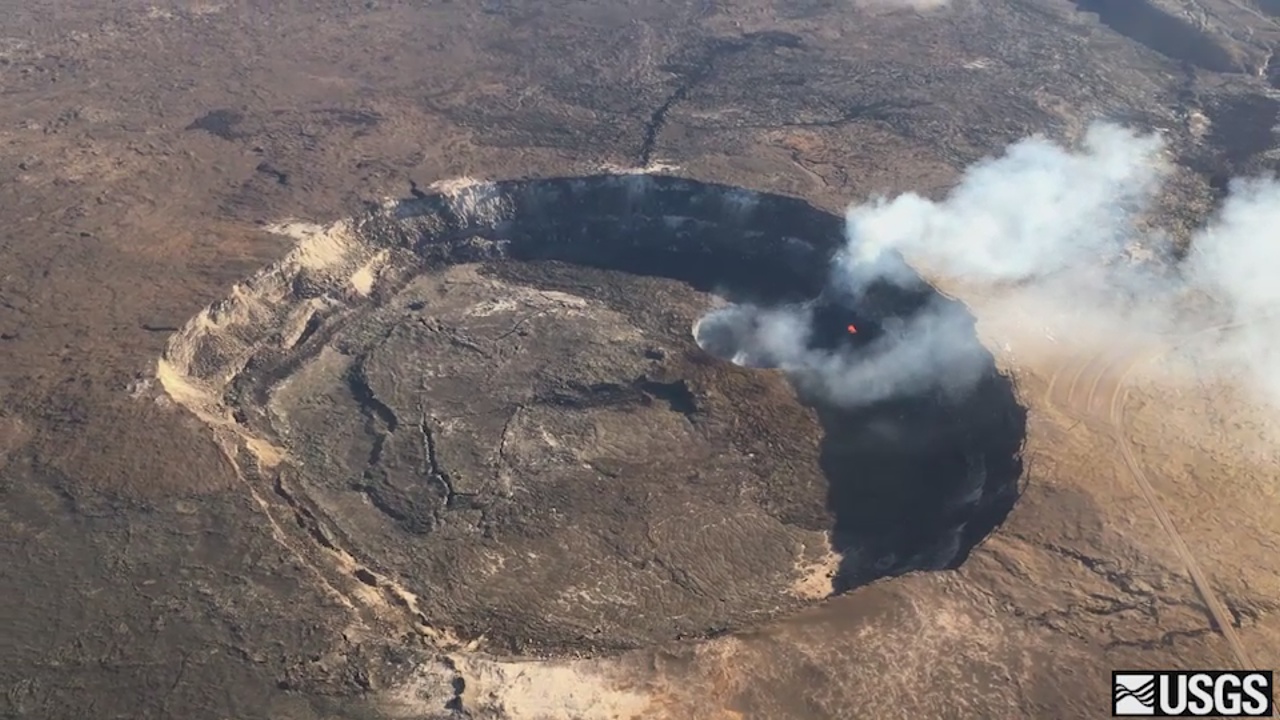 A November 20 video taken by scientists gives us a closer look. It depicts the typical sort of activity at the lava lake in Halema‘uma‘u. Scientists say the spattering is driven by the bursting of large gas bubbles. The surface crust tends to flow into the spattering sites, where the crust is shredded and sinks.

Of course the big volcano video from USGS was published in October. The beautifully shot, 24-minute program tells the story of Kīlauea Volcano’s summit lava lake.